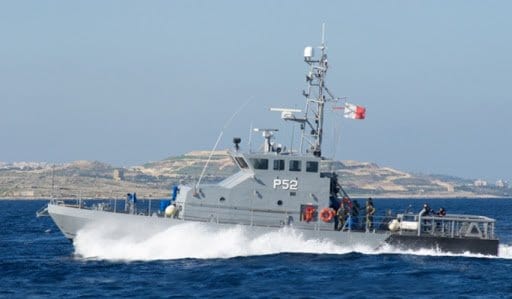 Ten days after The New York Times, The Guardian and other major news organisations worldwide alleged that Malta’s army sabotaged a boat carrying migrants at sea, the government and the army continue to refuse to clearly deny this allegation.

Under normal circumstances, an allegation like this would be immediately investigated, the truth established and either the allegation is disproven or appropriate action is taken. This has not happened.

After a six day wait, this is what caused Repubblika to file a police report carrying the allegations in the international press for proper investigation. The government has misrepresented this as an act of treason and of betrayal to all members of the armed forces. This is a lie.

Today, in a section of the press, a lawyer engaged by the crew of the P52 patrol boat stated his clients insist “there was no wrongdoing”. This is the first ever denial of wrongdoing in this case and although it is not in and of itself the closure of the matter, there are now at last two sides of this story.

All people who acted within the law: crewmen of the P52 and all other members of our armed forces deserve to be cleared of any suspicion of wrongdoing.

We demand that the government lives up to its responsibilities. It is not too late for the government to do today what it should have done 10 days ago when this story first emerged: to order an inquiry to establish the facts. An inquiry would look at what happened on the boat, but also what orders were given and what decisions were taken on shore.

The silence of the government and the army command combined with today’s statement by the P52 crewmen raises the suspicion that there may indeed have been wrongdoing but investigating the crewmen alone would not uncover it.

Now that the tacit admission of guilt inferred from the horrific silence since reports of the alleged incident emerged has been broken, Repubblika would — if an inquiry is ordered by the government — withdraw its criminal complaint against the P52 crew until the facts are established by the inquiry.

It was not Repubblika who put undue pressure on the P52 crewmen. It is the unbearable silence of the government and the army command that has refused to protect them and the entire army from the horrific implications of international media reports that Malta’s army sabotages boats carrying migrants.

At this point, however, we see no reason to consider revising our position about our complaint against the prime minister and the army chief for their decision not to save people in distress at

sea. The fact they have taken that decision is publicly known. And the fact that 12 people in another boat Malta knew of and did nothing to help rescue died at sea is also known. Only a criminal investigation can help us reach justice in this case.

In the meantime, our appeal to the government remains the same. Lives of people in distress at sea must be saved. Always. We call on the government to abandon its policy of refusing to save people at sea and to refuse to allow their rescuers to bring them to our shores.