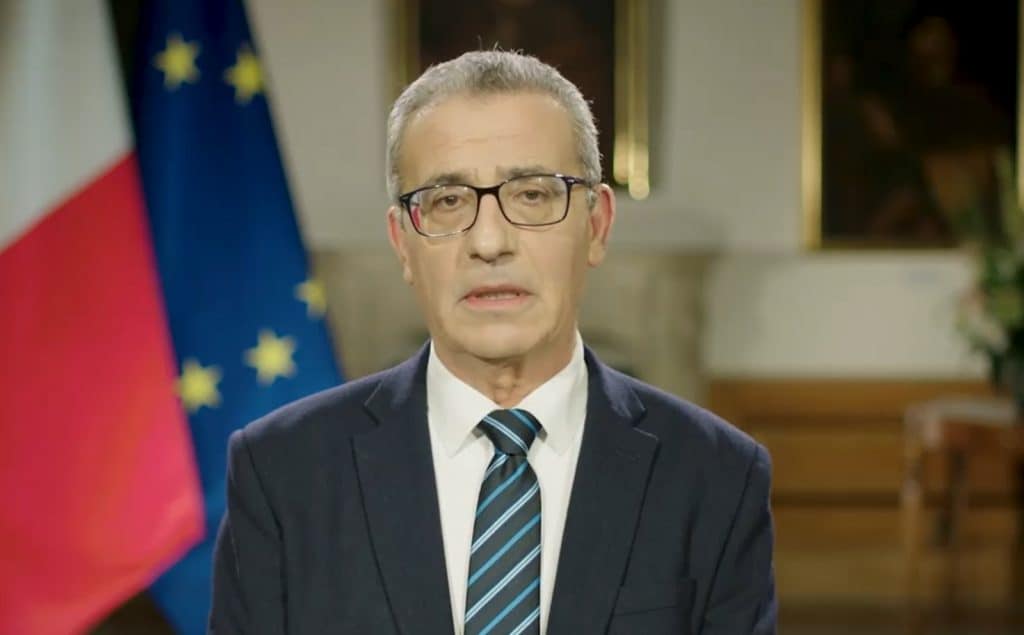 It was with ghostly pallor and grave solemnity that Evarist Bartolo gave his urbi et orbi yesterday describing, probably accurately, a scene in Libya straight out of the imagination of Heironymus Bosch.

There haven’t been many occasions when our government acknowledged the cruel misery, the clear and present danger, the sheer injustice of life in Libya for migrants in transit through that war-torn desert. It would not be a speech that would ever have been delivered while Keith Schembri was in charge, that’s for sure. Evarist Bartolo would have been nudging and winking at us, reminding us all that chaos is a ladder. All while Neville Gafà rolls in and out of Libya like a Victorian Anglican preacher with a knack for farming.

Instead he told us that we were on the brink of a disaster beyond our imagination, that Libya would burst open and vomit the blood it has been gorging on all over its surroundings, including on us.

This was all a drama-infused build-up to what turned out to be the dampest of squibs. He asked the EU for a €100 million which is far less than the EU has spent in the past to create off-shore prisons for potential refugees coming to its shores. In 2018, Turkey was promised €6 billion to hold on to the Syrian refugees trying to sail or swim across to Europe. A €100 million sounds like child’s play.

Considering that the unempirical estimate of the number of refugees in Libya waiting to migrate to Europe is the psychological barrier busting of 1 million, Malta’s government is proposing to transform the life of Dantesque horror and depravity of this multitude into an incentive to stay where they are with a €100 per capita.

Put yesterday’s proposal by the government into some perspective. Malta’s government shows its understanding of the situation in Libya by suggesting the biggest economic bloc in the world address the migratory crisis on its southern border that has been going on for 20 years and looks to be as unstoppable as the collapse of the Roman Empire with less money than we (“a small city in Europe,” as Evarist Bartolo called us) spends on repairing roads in a single year.

Whoever drafted that speech for Evarist Bartolo may have a proclivity for the dramatic but has clearly never handled a budget greater than the yearly expenditure on paper cups at the local bocca club. It shows just how deceptive that tales-from-the-crypt look Evarist Bartolo had about him was.

This “message” was hurriedly put together in order to try to manage a reputation crisis entirely of Robert Abela’s government’s making. He was elected last January on the back of his promise to restore Malta’s reputation in the eyes of the world. Granted that he could never have foreseen a global pandemic and granted that as unforeseen challenges go this was a big’un. But the true test of leadership and of character of a political leader is the ability to deal with the unexpected.

Robert Abela wasn’t. He was and is short-sighted, populist, a slave to applause. He is pathetically needy of acclamation and grotesquely uncomfortable giving bad news.

So now Malta has featured again far and wide on the world’s media. In the midst of a global pandemic, with enough world news to keep newsrooms busy for a year and a day, The New York Times, The Guardian and other leading news organisations of the world were reporting allegations that Malta’s army sabotaged the motor of a boat with desperate refugees on board.

Wehey! We made the world news for all the wrong reasons again. Quite apart from the limpid ethical implications of Robert Abela’s knee-jerk policy making, his decision to declare Malta’s ports “unsafe” and to deny refuge to people desperately seeking it from our seas torpedoes a core policy objective he set out for himself and his government from its very inception: turning around Malta’s reputation in the eyes of the world.

It was a big challenge of course to transform the impression the world has of us as a greedy, self-centred bunch of money counters uninhibited by morality and conscience. Now we went ahead and confirmed it in the most brutal and consequential fashion possible. And to add some whipped cream on top our government went on TV last night looking like Mr Smithers reaching to the back of the neighbour’s kitchen cupboard for expired galletti to give to the poor. A €100 million from the €19 trillion generated by the EU’s economy last year. Takes your breath away, does it not?

Even applying the any given Sunday yearly expenditure on international aid as a percentage of GDP for most EU countries that figure is barely symbolic.

But what does that matter? This time the new Malta government would manage an international PR disaster with the only thing that is worse than gaunt silence: a panto look behind you diversion, a plan so cunning you could stick a tail on it and call it Manuel from Barcelona, with a languid accent on the second syllable.

The government yesterday needed to deal with three differing audiences. It tried to play Joseph Muscat’s game of speaking like the porter of hell-gate, saying things that have different meanings depending on who’s hearing them. But Muscatism without Joseph Muscat is like Bonapartism without Napoleon: flattery by underwhelming imitation.

The government needed to assure the world press that we are not an inward-looking, Lilliputian bunch of islanders as yet untouched by civilisation who will use their arrows tipped with organic poison extracted from indigenous snakes at anyone sailing by. Deploying Evarist Bartolo to do that was the government’s way of making an effort not to use one of its other ministers that sound and looks like they just flew over the cuckoo’s nest.

But the government also needed to speak with the people in its support base that have a heart and cannot bear the idea of leaving migrants drown at sea. The government needed to tell these people that the cabinet has a heart between them that they take turns to use a bit like the three Phorcides shared one eye. That’s why all the uncharacteristic tears were squeezed out of Evarist Bartolo’s exhausted eyes. Someone, somewhere needed to display some emotion.

Clearly Robert Abela, whose forays onto One TV look more like evacuation drills for a nuclear power station could not be unleashed onto the world at this critical point. Much less onto people wondering if their government would interrupt its lunch break to drag a baby out of a house fire.

But then there was a third audience they needed to pander to. And that’s all those wicker man cultists on the lookout for a black goat they can scape blaming your average 21-year-old African migrant for anything from taking their job, to raping their women, to carrying disease, to occupying the last anti-COVID ventilator at Mater Dei that was really meant for your frail gran, to going on joy rides in the middle of the ocean on board dinghies with outboard motors a 100 miles on the wrong side of their disposal date.

Now that audience will not mind a little spectacle about humanitarian disasters happening where they cannot see them. Some of them will even drop some money in the plastic bottle with a picture of an emaciated, starving child recycled many times over from the Ethiopia famine of 1984. They give money to the “missions” which appeases their moral obligation of the white man’s burden to save the souls of savages and give them the good news that an unusually tall, blue-eyed, blonde, pale-skinned man allowed himself to be killed for them by money-grabbing Jews in brutish Palestine a couple of thousand years ago.

What these people won’t want to hear is that their government is going out to save and bring ashore people they know are drowning in the waters under their responsibility. Even if those people are there escaping the cruel disaster now happening in Libya.

On the contrary he completely dodged the real matter at hand, the elephant that forced him to make this video speech, wanting us to think that this moment of spontaneous policy making was provoked by anything other than the unheard screams of children, women and men abandoned to their fate in the water.

The “brink of disaster” in Libya has been there for months and years. But the time for frantic policy making was yesterday. Or so we’re meant to believe. Policy Making 101: always give people something to think about in case they start thinking for themselves.