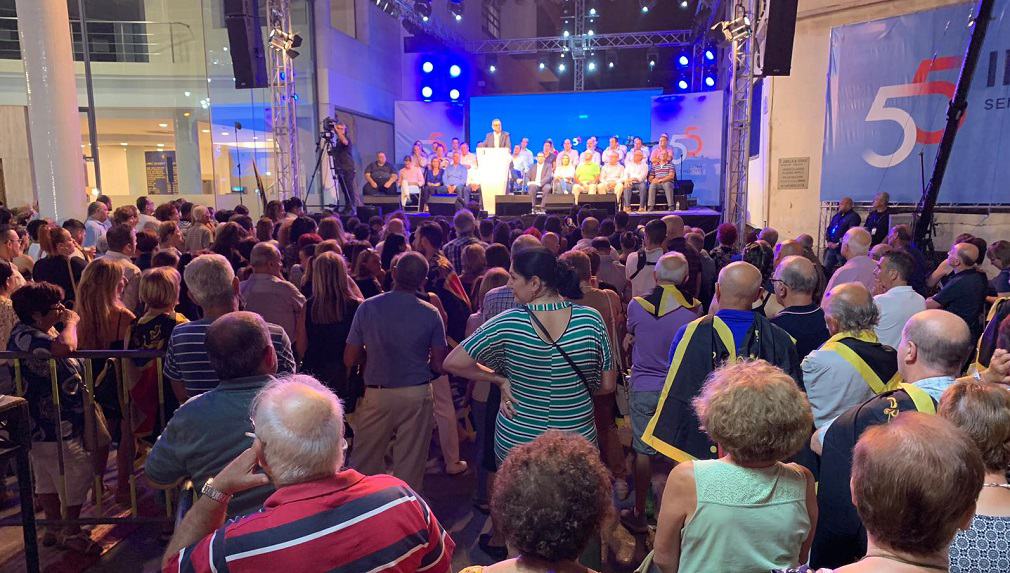 Whether out of complete delusion or because he believes this is a winning strategy, Adrian Delia sings from Joseph Muscat’s hymnbook.

Consider this poem in his series of occasional outpourings of sincerity on social media. 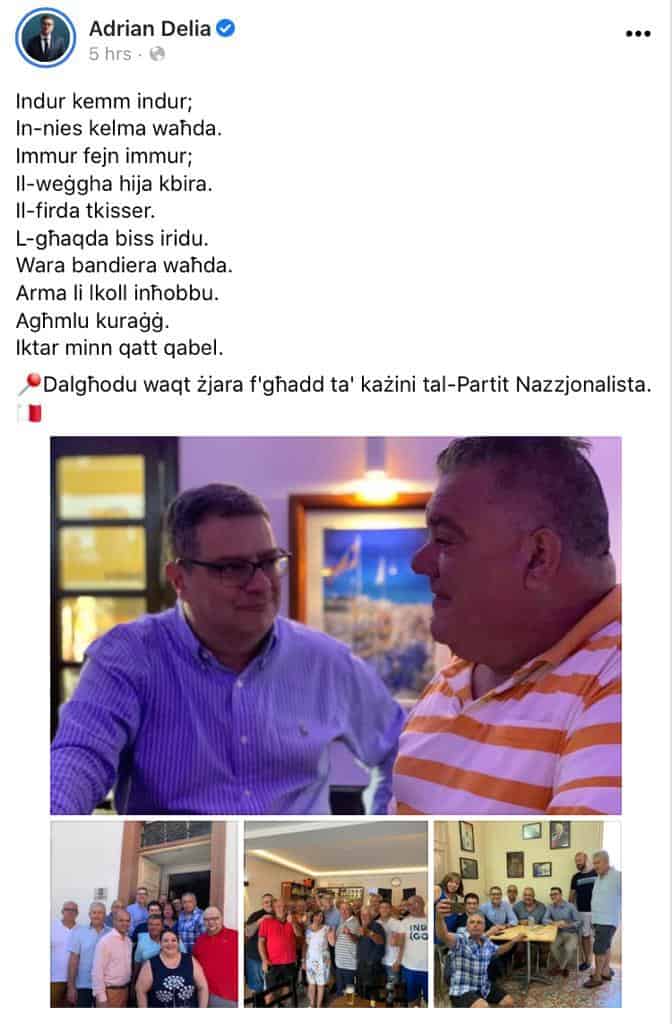 The claim being made here is that the Nationalist Party and Adrian Delia are indistinguishable, in the way Joseph the Great, First of His Name, was for a while conceptually inseparable from the Labour Party, the government and the country itself.

In Adrian Delia’s cosmology the Nationalist Party and its present leader do not exist beyond each other. It is not merely a symbiosis: this is a oneness, an indivisibility.

On the basis of that claim then, anyone contemplating his removal steps outside the Nationalist Party as such.

From Adrian Delia’s point of view this i convenient. Consider the way Net is working right now. Even at the best of times Net’s following is not great. But within the inner thousands of PN activists it remains an important source of information and influence. What they’re hearing is a version of reality in which a future for the Nationalist Party without Adrian Delia is inconceivable.

But back to Adrian Delia’s poem. He says everyone he met told him they resent the divisions, they are appalled by the in-fighting and want their party to get its act together to fight the real rivals over the other side of the political aisle. Adrian Delia would like that to mean that those who spoke to him want him to stay on as leader unchallenged, raising his fists at adoring crowds and commanding the obedience of fawning party apparatchiks.

That’s because in his mind there is no future for the Nationalist Party where he’s not squatting on top of it.

But his interlocutors in the każini, the stubborn akkaniti, last survivors of a species flirting with extinction may have had the opposite in mind when they called for a united party. Remember what the Oracle of Delphi told Croesus, Greek king of Lydia before his battle with the Persians: “if King Croesus crosses the Halys River, a great empire will be destroyed.” Croesus thought that was good news, but when he fought the Persians it was his empire that was destroyed.

Adrian Delia says on Facebook the voice of the people, the oracle he listens to, is longing for a unified Nationalist Party. There are ways that future can be realised that do not include him.