Robert Abela promised high standards of governance but he’s only getting his ministers to jump over hurdles set about their ankles. They seem to be set that low in case they need to skip with their trousers down.

He responded today to journalists’ challenges to ministers after Paul Caruana Galizia’s tweet a few days ago that a cabinet minister was in close contact with Yorgen Fenech and another junior minister had an affair with him.

Most ministers have been scrambling to say they weren’t shagging or cavorting with Yorgen Fenech in 2019. Adrian Delia, Julia Farrugia Portelli, Edward Zammit Lewis, Silvio Schembri, even Robert Abela: all of them were quite explicit there had been no kisses beneath the table or above it with Yorgen Fenech in the months before his arrest and charge for murder.

Rosianne Cutajar was a bit more taciturn, taking a page out of Joseph Muscat’s book and saying the question as to whether she was shagging Yorgen Fenech should be asked to Paul Caruana Galizia.  That’s reassuring. 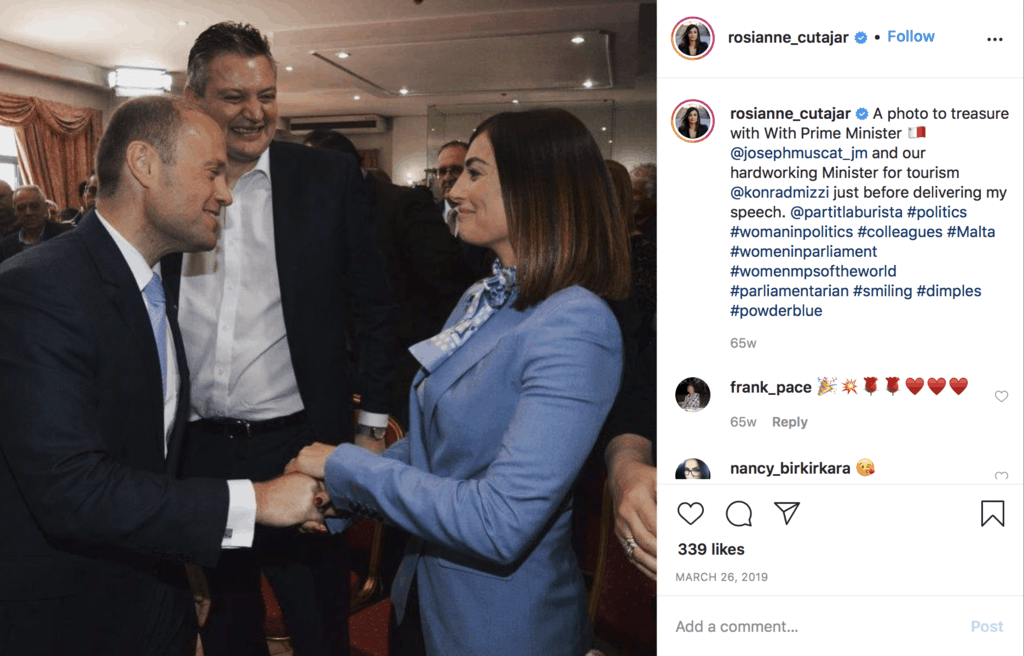 But what’s really worrying here is Robert Abela, the prince of high standards in politics which he said would be so stringent they would become the envy of the world, insists that politicians being friendly with Yorgen Fenech before he was charged with murder were doing nothing wrong.

That’s rubbish. Not when by the time he was arrested, we had known for 13 months that he owned 17 Black and was using it to bribe Keith Schembri and Konrad Mizzi.

Never mind if whoever was being friendly with Yorgen Fenech was looking for mind blowing orgasms they could not get elsewhere. Any politician who cultivated Yorgen Fenech’s friendship after October 2018 was chasing him for his money which they were seeking in exchange for political rewards such as those Konrad Mizzi and Keith Schembri were happy to give.

Not every politician could fetch Keith Schembri’s and Konrad Mizzi’s price of a daily payment equivalent to what most people need three months to earn. But that’s because not every politician could offer that much in return. Some could just offer their silence and neutrality if trouble ever emerged, some could support a controversial planning permit or a tough gambling licence, some could be persuaded not to cause problems when their opposition could come in the way. Corrupting these people cost different rates.

A politician who after October 2018 – when the 17 Black identity was revealed – stayed close to Yorgen Fenech, knowingly stayed close to someone that bribed politicians. It does not matter to me whether they kept their underwear on or not in his mighty presence. It matters to me that they did not walk away at the sight of Yorgen Fenech.