Listen to the article here or scroll down for the transcript:

Like any good thing parliamentary privilege can be abused. But if it’s taken away, our democracy will die a little bit more.

Parliamentary privilege comes up ever so often when someone alleges an MP has abused it. Joseph Muscat has made a public call for the privilege to be abolished after Jason Azzopardi made a speech in parliament in which he said one of three possible explanations to facts revealed in court was that Joseph Muscat knew of the plot to kill Daphne Caruana Galizia when she had still been alive.

Joseph Muscat is outraged. He got his former deputy leader Anġlu Farrugia, Speaker of Parliament, to declare Jason Azzopardi’s speech a ‘breach of privilege’. That means the Speaker ordered Jason Azzopardi to withdraw what he said about Joseph Muscat or face a process at the parliament’s committee that deals with these things and has the power to recommend sanctions on the offending MP. Jason Azzopardi did not withdraw his remarks and will be giving his reasons in the proceedings ahead.

The substance of what Jason Azzopardi said is discussed elsewhere in this blog. This post is about Parliamentary privilege and why Joseph Muscat’s call for its removal is yet another dangerous onslaught of the many he is responsible for on the fragile thing we call Maltese democracy.

Don’t be fooled by the formal front that both Joseph Muscat and Jason Azzopardi are MPs, technically enjoying identical status. We know who Joseph Muscat is. The entire government is in thrall of him. Institutional knees can be heard quaking at his whims. Consider the obsequious manner with which Anġlu Farrugia rushed to prop up Joseph Muscat without any regard to the full story. That’s just an example.

Joseph Muscat embodies the abused power of the state. He has exercised that abusive power to protect his cronies and he is exercising it to protect himself. He has used the law to abuse the law. That has been the underlying characteristic of his presence in public life. Joseph Muscat was and is the boss.

Parliamentary privilege exists to allow representatives of the people to be able to challenge that abuse of power. If they didn’t have it, there would be one more reason to shut up and steer clear of denouncing abuse because of the legal consequences that could be inflicted in retribution.

To understand our parliamentary rules, we must look for the history of the parliament it was modelled on. This won’t be a history lesson. Not that that would not be interesting but there are far more respectable sources than I can ever hope to be.

Suffice it to say that parliamentary privilege in English history comes down to us from the first millennium. Anglo-Saxon kings secured immunity from arrest for their own counsellors in council meetings. They wanted that to make sure lords did not capture or eliminate functionaries of their embryonic state. But that immunity was eventually claimed by lords themselves seeking protection from the growing power of kings.

Commons meeting in parliament claimed immunity from 1340. No doubt there have been abuses. People escaping creditors or the hand of the law got themselves into Parliament to hide behind the immunity that status gave them. Controversy about parliamentary privilege and its abuse is not new.

But members of parliament needed to be able to speak freely about the abuses of the state without fear of facing legal action based on laws against slander, official secrecy or gagging orders made by courts.

Why do MPs need to be able to do this? Because though it is right that we have laws that allow everyone to protect their reputation if they are slandered, there should be an exception for MPs to make sure powerful people do not hide behind these laws.

If a powerful politician (indeed how fitting it is that they call Joseph Muscat, il-kink) is suspected of crimes that no institution is powerful enough to investigate, prosecute and punish, that politician can then use the courts to stop anyone from accusing them of those crimes.

Remember for this argument that disgusting thing Joseph Muscat had done when he told Daphne’s children that he would withdraw the libel cases he had filed against their mother if they apologised for their mother’s reporting on the Egrant scandal.

Under that sort of intimidation and misuse of the law, most people would crumble. Not everyone is quite as indifferent to consequence when fighting for the right cause as the Caruana Galizias.

Parliamentary privilege exists precisely to stop Joseph Muscat from at least exercising that wrongful use of laws to silence representatives elected by the people to speak for them in Parliament.

Parliamentary privilege was claimed most loudly in 1642 when King Charles I walked into Parliament to arrest 5 MPs he accused of leading the country away from loyalty to him. That started a civil war between King and Parliament, which Parliament won. And which would be a major step in ensuring that the power of bullies wearing the trappings of state would be constricted by parliamentary freedoms.

Now, a few words of warning.

That means that in our context parliamentary privilege is only used legitimately if it is used by someone speaking in opposition to the government, not in support of it.

Secondly, parliamentarians are vulnerable to the temptation of abusing privilege as much as anyone wielding any form of power. A parliamentarian is protected from prosecution or civil action when they say in Parliament something they would not be able to prove in a court of law so that the people can hear what needs to be said. After all, just because something cannot be proven, does not mean it is not true.

This puts on parliamentarians a grave responsibility.

But when Joseph Muscat seeks to use the fact that the privilege can be wrongfully exploited, to argue that the privilege should be removed, he is doing a Charles I. He is walking inside our parliament and he is looking to put Jason Azzopardi in chains. He wants to do that because he cannot bear the fact that our democracy protects Jason Azzopardi when in Parliament he says what he may not be in a position to prove in a courtroom. 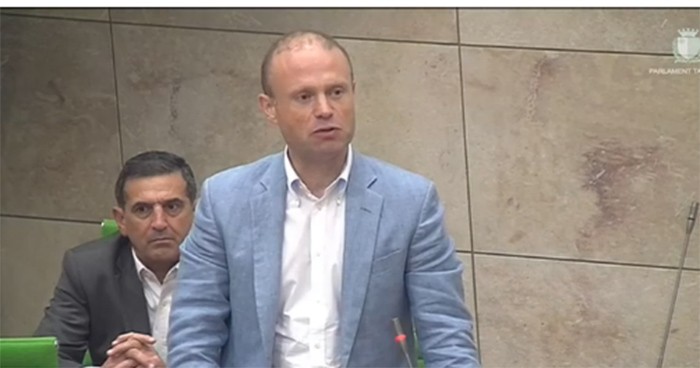 Jason Azzopardi here carries an enormous responsibility. The notion that a prime minister of this country may have known of a plot to murder a journalist before it was executed is an unprecedented historical horror for our polity. The facts Jason Azzopardi used to arrive to the conclusion that this may have happened are irrefutable. But they do not amount to conclusive evidence.

They are clues which all people of Malta must know of since they are clues to the conduct of a prime minister who still roams freely and still holds the reins of power in our country. They speak of the conduct of one who still has a way of preventing justice from reaching him. We must be aware of this possibility because if we aren’t, Joseph Muscat’s puppet institutions would have an excuse not to investigate, not to prosecute, not to prove in a court of law what really happened and how deeply Joseph Muscat was involved in it. 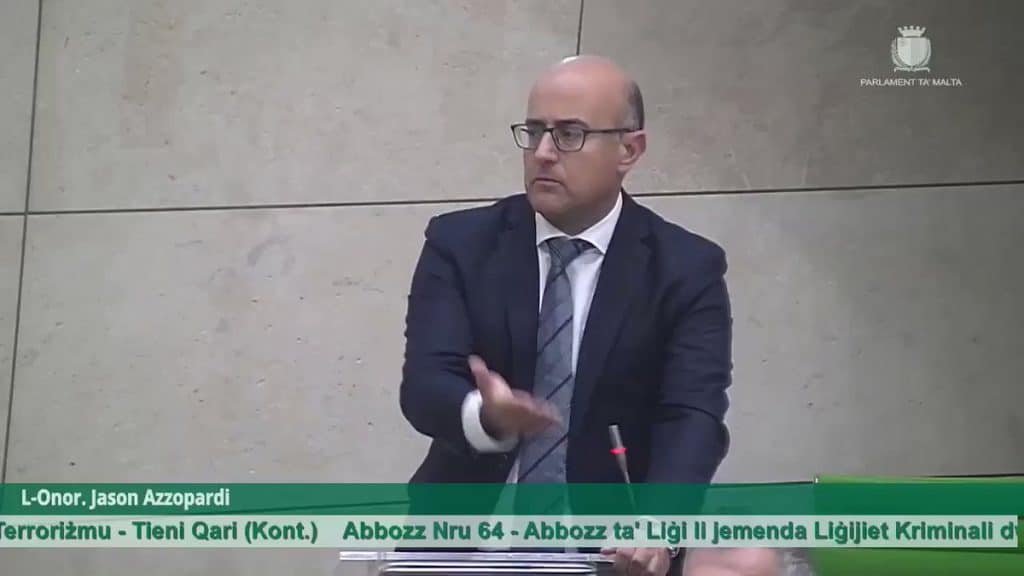 To find this out we the people need parliamentary privilege. Indeed, the privilege does not belong to Jason Azzopardi. It is not something he himself can do much with. The privilege is ours. It is the privilege to know what our leaders have done and when and how they over-stepped the limits of the power they borrowed from us.

It is counter-intuitive perhaps for people who campaign for democracy to campaign to preserve parliamentary privilege. But it’s the tyrants with dirty secrets who want us to lose this safeguard as well. The fact that they wish it gone should be reason enough for us to fight to keep it.