What a hill this is.

Four years of witnessing the madness of Donald Trump behaving like a tyrannical emperor who mistook the presidential oath for an evil wand he could wield at his command. We watched insane attempts to build a wall; we watched children separated from their parents; the materialisation of the belief that climate change is a myth; the bans on flights from and to certain Muslim countries; the police and army dancing to Trump’s tune and killing, imprisoning and attacking black people en masse. We saw a man bestowed with all the power in the USA advising people to inject bleach to protect themselves from Covid and we watched this same dangerous human being ceremonially remove his mask like a deadly Marvel comic character just released from the darkest bowels of the earth.

We watched Trump rave and rant on Twitter about how the elections were fraudulent, that his real true victory had been stripped away from him, and how he was going to use all the legal forces of the land to ensure his rightful return to demonic power. We watched, horrified, as rioting marauders led their assault on the Capitol with horns on their helmets and confederate flags, putting their feet up on the desks of top state officials who, surely, should be afforded maximum security to carry out their work. We watched one black police officer trying to beat back a mob of screaming banshees howling for blood. And blood was taken as 5 people lost their lives that terrifying day.

We wondered how it was possible that a tribe of white supremacists who organised themselves on social media websites available to us all could have slid under the detection of the forces of law and order and, with ease, broken through the windows of one of the most important buildings in Washington on what, so far this year, had been the most important day. We wondered how the man who incited them to violence was still able to roam around the land of the free in all his unbridled insanity.

Despite two impeachments, Trump remained president and he used his final days of despotism to deport people, to execute people and to pardon criminals of the highest order. On the day of Joe Biden’s inauguration, Trump cackled as he gave a pardon to Steve Bannon, architect of his controversial 2016 election and the man behind Cambridge Analytica. Those of us familiar with Malta froze, because Cambridge Analytica were crawling around that country prior to the Labour Party’s resounding victory in 2013. Their tentacles stretch out in the form of Henley and Partners, and the creepy Christian Kaelin who got the go-ahead from Joseph Muscat and Keith Schembri to launch a massive lawsuit against Daphne Caruana Galizia, the journalist who exposed the cash-for-passports scam and whose assassination has positioned Muscat and Schembri as suspects. Like Trump, right now, Muscat and Schembri are walking free.

The hill we climb.

Daphne climbed this hill for the whole of her adult life. She worked tirelessly to bring truth to light. She never took her eyes off the ball and when the Labour Party came to power – the party that had spent years and Christ knows how much money ensuring her dehumanisation was complete – Daphne was singled out for attack and left to defend herself and her work alone. Daphne was, quite literally, the last one standing. Placing her face on billboards in the run-up to the 2013 election was a deliberate strategy. She was now explicitly the target of the Labour Party’s hatecampaign. She was the Witch of Bidnija and, just as Trump whipped up the haters who pillaged the Capitol, Daphne was simply waiting to be burnt at the stake. 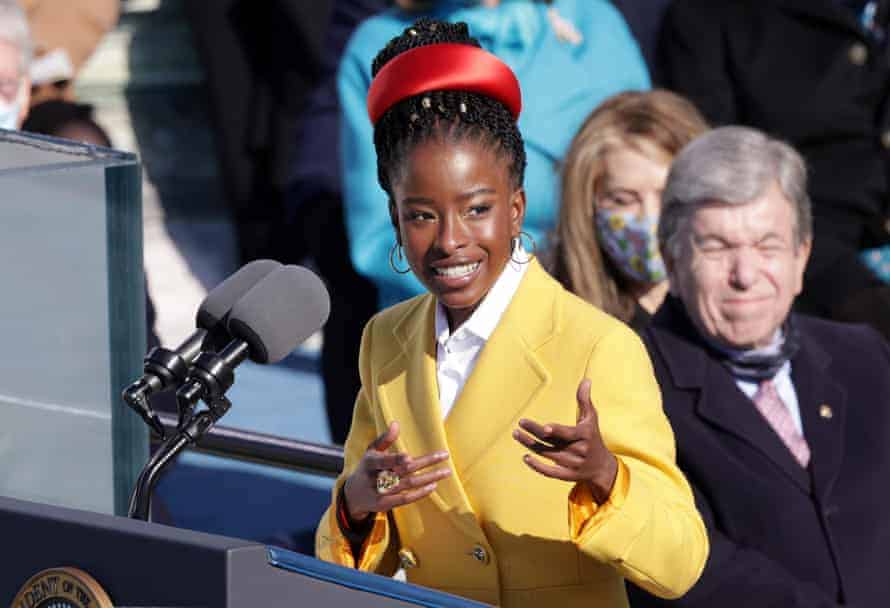 Watching a young black woman, Amanda Gorman, breathe out her powerful words of strength, hope and wisdom last Wednesday was truly like watching the emergence of a new dawn. And it was a dawn of realism, not idealism, that she breathed into being, a world in which imperfection is acknowledged but the aims remain true:

I thought of Malta and the struggle we’re engaged in. Accused of being ‘holier-than-thou’, ‘elitist’ and – that favourite label bandied about by populists – ‘traitors’, the growing civil society movements, the pressure groups, the NGOs and, of course, Daphne’s family themselves, have been and are striving to overturn the forces of evil (for that’s what they are) and bring into being new ways of existing which, by ensuring justice for Daphne, ensures justice for us all.

The stories Daphne was writing about are not abstract or theoretical. The corruption she exposed impacts on the lives of all those living in Malta and beyond. Vitals and Steward deprive Maltese citizens of healthcare, intensified by a global pandemic in which all corrupt governments – Trump, Johnson, Bolsonaro and Abela-Muscat – are shown up for their absolute inability to protect their citizens whose care they’d sold off long ago. Electrogas (cited as the motivation for Daphne’s murder) takes money out the pockets of those paying for gas and electricity (the majority of the Maltese population bar corrupt politicians and public officials). The American University of Malta deprives Maltese citizens of its land as does the construction industry, defended by Abela because nobody wants to bite the hand that feeds them even when that same hand crushes down with all its force and kills its own people beneath the rubble. Passport selling and mafia modus operandi imperil the security of those in Malta and in Europe and right the way across the globe.

And as for taking Bvlgari watches, Petrus wine, holidays in Las Vegas and to football matches, sharing confidential WhatsApp chats and sharing confidential information about a murder inquiry in which the state is the prime suspect and members of that state say they don’t remember or it wasn’t me or I don’t know or I wasn’t there…Well, the blood-stained carpet’s hardly big enough to sweep it all beneath. It would be a hard task even for Owen Bonnici’s Cleansing Services Department and more so now that Bonnici’s been found guilty of violating human rights.

Our candles are an ongoing symbol of the demand for truth and justice. As Peter Gabriel sang in his heart-rending tribute to the murdered black activist, Steve Biko:

In Malta, and right across the world, the candles keep on burning. The inauguration of Joe Biden does not, as Amanda Gorman astutely observed, bring perfection, but the removal of Trump from the presidential office is, without doubt, a powerful sea change with all the challenges ahead for a different kind of future, one in which:

‘We lay down our arms so we can reach out our arms to one another. We seek harm to none and harmony for all.’

In the petty, partisan propaganda paradise of Malta, the hope for harmony may seem a pipe dream but Martin Luther King had his dream, too. He was assassinated fighting for it but the wind blew his dreams higher. Truth never dies and the demand to speak that truth does not die either.

If a young ‘skinny black girl descended from slaves and raised by a single mother’ can stand and speak out truth to the whole world, then what can 500,000 people on a tiny island fail to do in the face of known atrocities and grievous crimes against humanity? Come on, guys. Wake up. You know what you must do.

History is there for the making and it’s up to us to do this, because:

‘while democracy can be periodically delayed, it can never be permanently defeated. In this truth, in this faith we trust for while we have our eyes on the future, history has its eyes on us.’

Trump may not have disappeared for ever but hey, folks, he’s left the White House. Regimes crumble and dictators die. The light of truth can never be extinguished:

Previous:When Robert Abela should have learnt a lesson about the dangers of unregulated construction
Next:GUEST POST: The epitome of arrogance