Another gun to our head 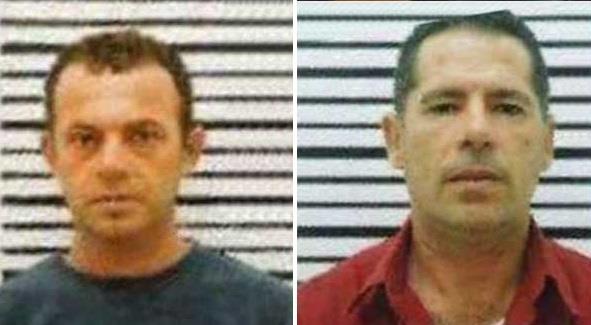 William Cuschieri, the lawyer for iċ-Ċiniż and il-Fulu, charged with killing Daphne Caruana Galizia, circulated a statement by his clients this morning announcing that “they are prepared to say the whole truth”. They repeated the contents of their letter to the president demanding immunity so they testify against sitting and former government ministers they say were involved in violent crimes. And the Degiorgios said they would tell all about Daphne’s murder and who else is behind it.

Their offer to say the truth is conditional. Alfred and George Degiorgio said, “they were and still are seriously concerned regarding how their requests (for pardons) can be considered serenely and with justice because there exists at least the possibility of an actual conflict of interest in those who in accordance to law should grant their recommendation about the said requests and thus the whole truth will remain unknown.”

The Constitution requires cabinet ministers to decide whether a pardon should be granted and the Degiorgios claim a fair decision cannot be taken by cabinet while they stand to accuse one of them and another former colleague of serious crimes. “The State,” the Degiorgios said, “has to be in a position to listen to the information they have and not be hindered from hearing such information due to conflicts and from considering in accordance to law the requests made by them.”

So that’s the news bit. Now I tell you what I think.

Alfred and George Degiorgio are, with this statement, implicitly confessing to killing Daphne Caruana Galizia and their involvement in several other crimes, only for some of which they have so far been charged.

We can therefore dispense with the niceties that they deny any wrongdoing and they, therefore, must be presumed innocent. They don’t, so as far as I’m concerned, they aren’t.

They have therefore taken much from this society. They’ve stolen from it. They’ve terrorised it with bombs and guns. They’ve killed a journalist, denying her and her family her life and in the process the entire community the right to know what she was discovering.

They are therefore in no place to dictate terms.

If “they are prepared to say the whole truth”, the least they could do given the damage they’ve done is come out with it. They should say the truth and throw themselves at the mercy of justice. Nothing is stopping them or their lawyer from raising their hands at the next sitting of the compilation of evidence against them and ask to make a statement. They can then pour out all they know. It would not be atonement for all their crimes, but it would be rather more credible a commitment than this arrogant statement they issued today.

Arrogance. I’m positively apoplectic with disgust at the audacity of these terrorists, for so they are. I want justice served on ministers and former ministers as much as the next guy. But I will not let my determination to see justice make me a dancing partner of serial killers, hired thugs and fully-fledged Mafiosi.

They expect their requests for immunity to be treated with “justice”. Perhaps they don’t understand they don’t have a right to be pardoned. Justice would not pardon them. Justice would punish them for what they are now obliquely admitting to having done. If they are pardoned, even to turn against their accomplices, justice would be a victim.

I despise the notion that cabinet ministers get to interfere in a purely judicial matter as much as anyone. I can see for myself that cabinet ministers are impossibly conflicted when they are to decide a case that may implicate one of their own and one who was one of their own. But I’m not going to take civics classes from the guy who called his girlfriend to open a bottle of wine on his way back from cold-blooded murder.

Let’s not make these guys pentiti now. If they feel any mortification, if they want to repent, then let them speak without conditions. The State has the duty to protect their lives from consequences. If they collaborate with the State, if they bring us closer to justice, if they serve the punishment they deserve, one day we can speak about how society can review their treatment.

But these bloody killers are looking for a reward. And by making a public statement, they are, from inside prison, putting a gun to our head while they’re negotiating with the government. Perhaps William Cuschieri would care to take this message back to his clients. We’ve had a gun pointed at our heads by the politicians they propose to expose for years now. We didn’t flinch. Another gun won’t make a difference.

Turn around and face your fate.

Previous:NGOs up in arms over draconian fund-raising law
Next:Knock it off the front page