Bring back that horse. I need to fall off it. 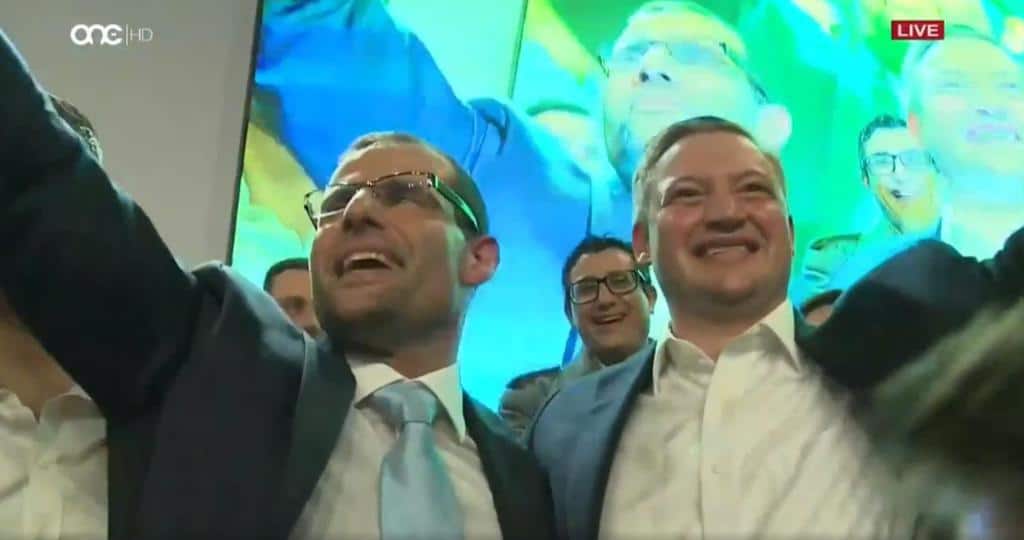 Robert Abela discovered yesterday that Macbridge is owned by Chen Cheng. So, wearing a cape that was last summer’s bleached beach towel, his wife’s black stockings over his head, and grasping a wooden spoon, he heroically told the police chief to investigate everything. He even underlined everything which is Robert Abela’s way of going beyond the call of duty and pushing himself to the limit by adding two whole extra keystrokes.

He couldn’t be more ridiculous.

Daphne Caruana Galizia wrote about funny business between Keith Schembri and Konrad Mizzi and Brian Tonna and Karl Cini and Chen Cheng four years ago. Can Robert Abela tell us if he advised his then client Joseph Muscat to investigate any of this? I bet he didn’t.

Watch this clip from around the time where Robert Abela is speaking about Daphne Caruana Galizia. “Anqas nikkalkulha,” he said of Malta’s foremost journalist who had figured out then what seems to be shocking Robert Abela now.

Of course, after she was killed, we kept learning more. We learnt that Mizzi and Schembri’s companies would receive €2 million from MacBridge (and 17 Black). What did the then adviser to the prime minister do then? Did he recommend an investigation to determine ownership and for all institutions to act on the by then 2-year-old Panama Papers investigation?

I somehow do not think so. And I do not think so because Robert Abela wrote this meaningless letter to Angelo Gafà today. He’s been prime minister for 14 months. In all that time he knew Chen Cheng was suspected of corruption. He knew Keith Schembri and Konrad Mizzi were suspected of corruption. He knew the relationship between Schembri and Mizzi’s companies and 17 Black and Macbridge was corrupt.

Think about it. When he defended Rosianne Cutajar and Edward Zammit Lewis for keeping up a friendship with Yorgen Fenech right up to his arrest for murder in November 2019, Robert Abela insisted there had been nothing wrong about being buddies with Yorgen Fenech before you found out he was a murder suspect.

That was even though, pretty much on the same lines of yesterday’s revelations about Macbridge, Reuters and Times of Malta had, in October 2018, revealed that 17 Black was the property of Yorgen Fenech.

Instead of thinking that was the appropriate time to ask the police to investigate “everything” (don’t forget to underline that), Robert Abela thought it was perfectly acceptable for politicians in his party to keep up a friendship with the man they knew to be the owner of 17 Black.

Why is the owner of Macbridge any different?

Because Chen Cheng doesn’t own Robert Abela. Yorgen Fenech does. 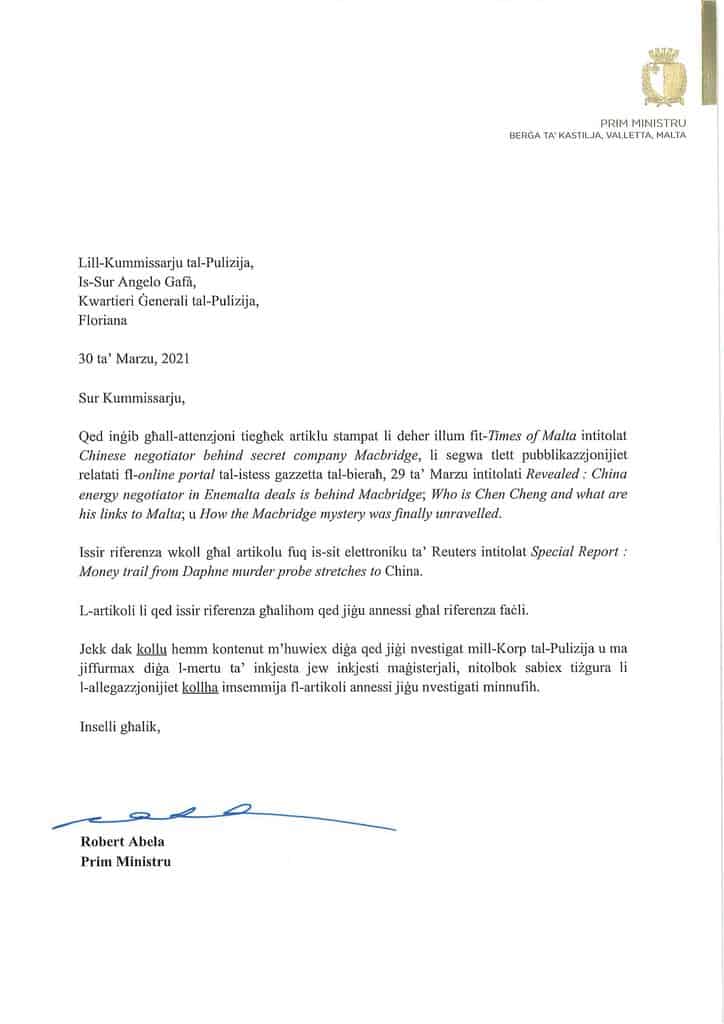 Previous:Hey pretty boy, you cannot do that
Next:TVM’s favourite lawyer