Edward Scicluna, time to apologise and resign in disgrace 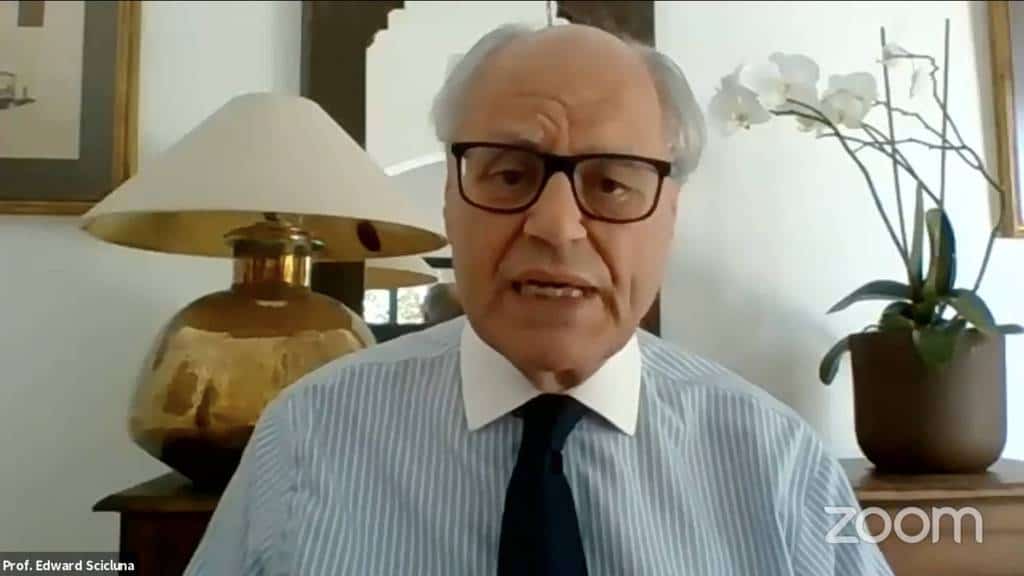 On 21 May 2017, Times of Malta’s Ivan Camilleri reported the findings of an FIAU investigations that concluded there had been “reasonable suspicion” that Keith Schembri was involved in money laundering in his business with the Allied Group and the payments made to Adrian Hillman.

By then the report was a year old. And it wasn’t even the first report. We had already read of another FIAU report that found “reasonable suspicion” of money laundering by Keith Schembri concerning the money he had stashed at Pilatus Bank.

At the time the police did nothing. The police chief Michael Cassar, faced by these reports, went on sick leave and then retired to lily-livered oblivion. The director of the FIAU resigned in disgust.

And the government came out guns blazing.

Edward Scicluna turned on the FIAU (a government agency he was politically responsible for) rhetorically asking if these two reports “were written to be leaked”. It wasn’t just a smart parry for a tough question by a reporter. It discredited an important public institution. It justified the dismissal without cause of two investigators on probation. And it warned the institutional framework not to do anything about the FIAU’s findings.

Indeed the police only started prosecuting the cases identified by those 2016 reports, a few days ago and then only after the conclusions of inquiries requested by Simon Busuttil.

This is not merely embarrassing for Edward Scicluna. There’s grevious political culpability here. Clearly, those documents were not written to be leaked. They were leaked because they were written to bring about criminal action against Keith Schembri, which did not happen.

This is not some mistake. Edward Scicluna’s remarks exposed FIAU investigators, some of whom lost their jobs. It also preserved impunity for financial criminals which is why now we enjoy such a nightmarish reputation in the rest of the world.

Decency demands he apologises to the country for suggesting the reports were some partisan and malicious falsehood “written to be leaked”. He should especially apologise to the people who worked on those investigations and showed uncharacteristic courage and commitment to duty which he so willfully undermined.

And he should resign from the governorship of the Central Bank because this episode (not to mention all the others) shows just how unfit he is to be a public servant.

Previous:The newsroom that doesn’t have to worry
Next:Hey pretty boy, you cannot do that