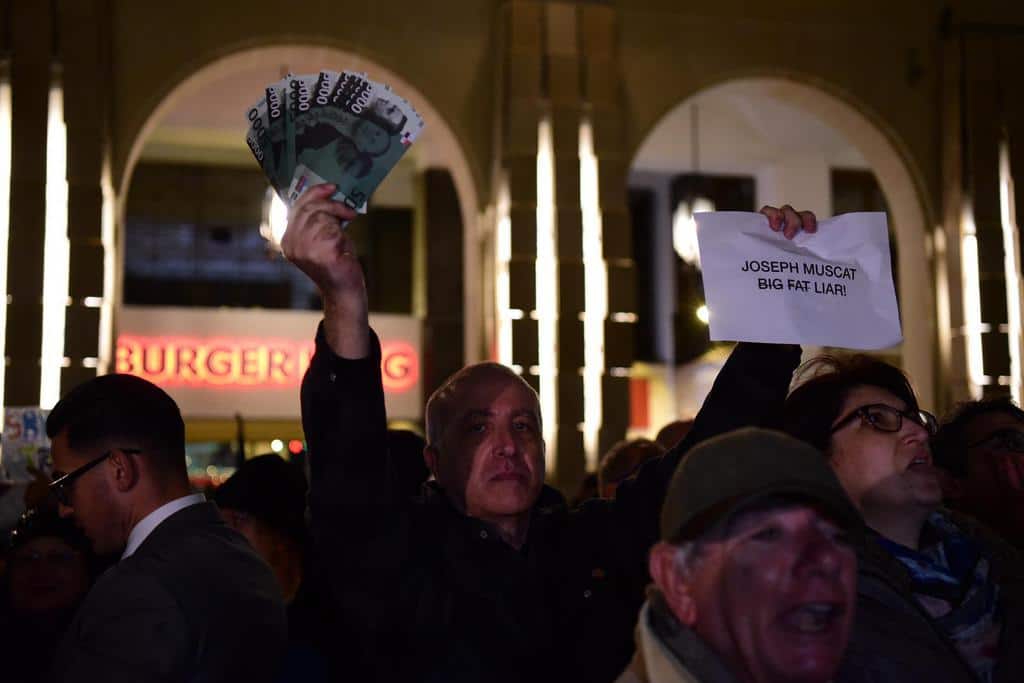 When that affront to politics and politicians Joseph Muscat returned to Malta to set up his so-called “movement” a friend of mine quipped “the only good movement is a bowel movement”. He was right. Joseph Muscat did not set up a movement. He set up a conspiracy with Keith Schembri, Konrad Mizzi, construction barons, business moguls, accountants, lawyers and others to rape, pillage and plunder Malta of its assets and resources to line their own pockets.

Muscat and Schembri created a closed system that thrives on control by taking over all the institutions and staffing them with his lackeys. A decadent kleptocracy that is managed with the sticks and carrots system – the carrots of serious money and riches for those who funded the movement and the stick of hardship for those who did not. Those who cooperated accumulated enormous amounts of wealth. Others soon found out that the carrot dangled before them to make them run was hitched by a stick to their own collars.

Muscat promised change. If I remember correctly he mentioned an earthquake. What we, as a people got was not an earthquake, but a vortex designed to feed his and his cronies’ financially hungry pockets. This vortex hoovered up money in backhanders and commissions as well as political support which would serve Muscat’s and his sidekicks’ political agenda for years. Except that Daphne put a spanner in their works.

Daphne and the others who continued her work after she was martyred, exposed Muscat, Schembri, Mizzi, Abela and the rest of them for what they really are. They exposed and continue to expose their boundless dishonesty and their hidden darker true natures. They are unscrupulous, vindictive, destructive, invasive, intrusive, offensive and habitually abusive power players. They are Machiavellian manipulators and spinners with impaired consciences, who have turned politics into a third-rate profession. But they do slip up.

Joseph Muscat pooh-poohed blogger Kenneth Rijock’s assertions that Muscat and other members of his motley crew were being investigated by US law agencies in the US, for money laundering and other related offences. Yet he declared that he had invested substantial funds to hire investigators to verify whether or not these allegations were factual.

This is a clear-cut admission of guilt if there ever was one. If he were as innocent, pure, chaste and unsullied as he claims to be, why throw away good money to ascertain whether or not he is being investigated for money laundering and other crimes by US law agencies? It’s not as if he has a steady job with a steady income that he can afford to fritter away his savings on verifying “frivolous allegations” by a blogger.

Robert Abela, the Kink’s anointed successor to the throne is as useful as a blocked nostril. He has totally botched Malta’s anti-covid-19 battle by uttering stupid, asinine and irresponsible inanities that I will not bother repeating here.

Suffice it to say that he and that other blocked nostril, former minister for tourism Julia Farrugia Portelli, through their banal utterances and rash actions were responsible for the second and third waves of infections and the resultant complications. Il-mewġ fil-baħar qiegħed. Who does Robert Abela think he is, King Canute?