Filed by someone I know. 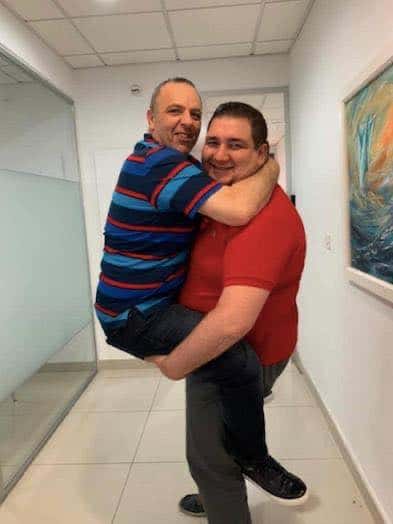 Having served as a senior public officer in political office both under the Fenech Adami and the Gonzi administrations, the current situation in the country makes me even more frustrated than many.

What we are witnessing across the board is the way the culture of ‘u ejja’ has permeated every inch of public office in this land.

‘U ejja’, what about a couple of Whatsapp messages between the Commissioner for Revenue and one of the wealthiest business man in the country.  The purpose why the institution of the public administration exists is precisely to establish a procedure which prevents individuals running the show at their whims.  As we know too well, familiarity breeds contempt.

‘U ejja’, what about a politician receiving commission for a deal which didn’t even go through. Mhux everybody makes commission?!  Circumventing rules follows the adage that rules are there to be broken.  Every public employee has their last cent of income declared, as should be, and every due cent of tax deducted, also as should be.  Others have the audacity to receive payments for transactions they should not have been involved in, in the first place.  Adding insult to injury, the payments are made in advance to avoid declaring them.  And these same individuals are drawing up the legislation which determines how the people of this country should behave to safe guard one another’s rights.

‘U ejja’, what about a senior police officer passing on some information to his friends.  Isn’t that what friends are for? Even if the information will contribute to the most notorious crime our nation has suffered in decades.  And this is one of the highest ranking persons whose salary we are paying for him to ensure that our laws are adhered to and enforced.

‘U ejja’, what’s wrong in reducing anti-pandemic measures with numbers still high, or even not enforcing the existent pandemic rules to the ‘t’.  People need to enjoy life, the economic wheels need to keep turning.  Had we taken tough decisions earlier we wouldn’t be here today, one year on, back at square one, and in the worse situation ever.

During my time in public office I met innumerable persons telling me that they appreciation rules and regulations, and that they understand the importance of a society being well regulated.  ‘Naqbel li għandhom jidħlu r-regoli.  Aqdi lili u daħħal ir-regoli wara’ was a very common platitude. Or ‘u ejja, billi taghlaq naqra ghajnejk!  Why don’t you close an eye, or two?!

Among the reasons offered by the public for the Nationalist administration losing the 2013 election, and just making it through the 2008 one were that things were done by the book, (kemm intom dojoq), and that the politicians didn’t accede to people’s requests (ma qdejtux lin-nies).  So the people chose Labour, who they knew wouldn’t govern ‘by the book’ and would be more than willing to accede to all possible requests under the sun.  It seems that many in this country don’t like to obey the rules, and bending or circumventing rules is often regarded as a bit of harmless fun.  But as we say, ‘wara d-dahq jigi l-biki’.   So much so just look where we’re at today.

Sooner rather than later, people will vote in Nationalists to bring back some ‘by the book’ administration, which we evidently need so badly.

Previous:Who’s the partisan lackey now?
Next:How we dropped our guard against corruption