Time can bring you down
Time can bend your knees
Time can break your heart
Have you begging, please. 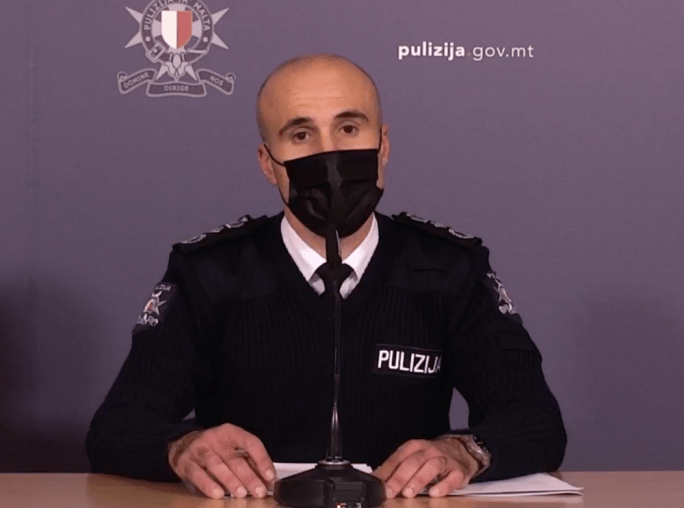 Once again Robert Abela took centre stage. He always does it when there are good tidings. Tuesday week he took credit for il-Koħħu’s admission to being one of those who executed Daphne Caruana Galizia, the woman who wrote every day of her last years that the institutions in Malta were hijacked by Joseph Muscat and his band of thieves. Robert Abela told us once again that the institutions in Malta are working. Pray explain, Mr Prime Minister. Which institutions do you mean?

How does a guilty plea by one of the executioners of the most heinous political episodes in Malta’s history show that the institutions are working? If the institutions are and were working when you were a consultant to Joseph Muscat, Daphne Caruana Galizia would still be alive today surrounded by her family.

The mantra about institutions working is being chanted by every cabinet minister and Labour MP as a standard reply to awkward questions from journalists. It’s an old Duke Ellington broken record. It’s as meaningless as ‘waves are only in the sea,’ ‘everything is normal,’ ‘we beat the pandemic,’ ‘everything is under control,’ and ‘we are living in heaven.’ Buzzwords, repeated at every opportunity, meaning nothing at all.

It is fair to question why Vincent Muscat was given only a presidential pardon for the 2015 murder of lawyer Carmel Chircop in Birkirkara. Is it because in the case of the murder of Dr Chircop there are no politicians or high government officials involved? These questions arise because, contrary to what Robert Abela declares, Malta is not a normal country. In a normal country a politician, let alone a prime minister, does not try to stop an independent inquiry into the killing of a journalist. And in a normal country, it would be up to the Police Commissioner to update the public about a criminal investigation not the prime minister at a glitzy but cheap public relations exercise.

Why did Robert Abela miss the chance to explain how working institutions failed to arraign anyone in connection with Pilatus Bank and money laundering, even though this was promised by the Police Commissioner?

Robert Abela is never there for the bad news. He’s there for his bleating sheep.

The Police Commissioner stepped in the prime minister’s wake. ‘All those involved in the execution of the journalist have been identified and will be arraigned. No politicians are involved.’ Inevitably more and more questions arise.

During the past year or so we heard all kind of statements which clearly implicate ministers (prime or otherwise) and high officials at Castille doing their best to bury the evidence. We know that Sandro Craus, head of the customer care office at OPM offered Melvin Theuma a phantom job. We also know that it was Craus who took a picture of the job-seeker with Joseph Muscat’s chief of staff after serving them an espresso.

If no politicians involved, why did Joseph Muscat have to resign? What were the pebbles in his shoes he still complains about? Why did Konrad Mizzi and Chris Cardona resign? What made Keith Schembri resign? How did he lose a telephone which he claimed he had to charge three times a day, just a few minutes before being arrested? If Keith Schembri is not involved what was the meaning of ‘mexxi, mexxi, mexxi’? Why did Keith Schembri keep Yorgen Fenech informed of all investigations? Why did he send a handwritten letter to Yorgen Fenech through their doctor AdrianVella?

And what about the meeting of Chris Cardona with one of the Degiorgio brothers at Ferdinand Bar in Siġġiewi?

This whole thing stinks, like sewage. Is this a cover-up as testimonies under oath suggest it may very well be? Is this an attempt to clear the political atmosphere and shut people ahead of an early election in October? Robert Abela can rest assured that things won’t work that way. Civil society will keep pressing for the truth.

I expect Yorgen Fenech to react and come up with evidence showing OPM’s involvement or he will go down alone as his ‘friends’ and ‘brothers’ have abandoned him. Because in ‘normal’ Malta, politicians are untouchable and they left him alone to face the music. It won’t be cheerful.