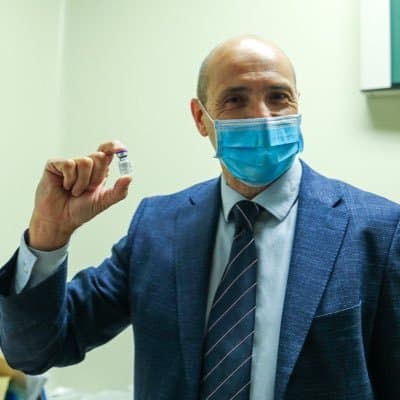 Chris Fearne yesterday waxed melodramatic because the Opposition challenged him with allegations that political and clientelistic interference was allowing people to skip the line while waiting for covid vaccination.

What is being portrayed as fair and discreet, is actually a profound injustice. Now a shadow has been cast on all PN MPs.

That’s what Chris Fearne hoped to achieve. The best way to cover up favouritism is to suggest that everybody is guilty of it.

If an MP asked to jump the queue when it wasn’t their turn to get vaccinated, the fair thing to do is to out the slimeball.

So, Chris Fearne, speak up and say who it is. If you don’t, we can only assume you’re lying. Which makes you the slimeball.