How they took the old lady 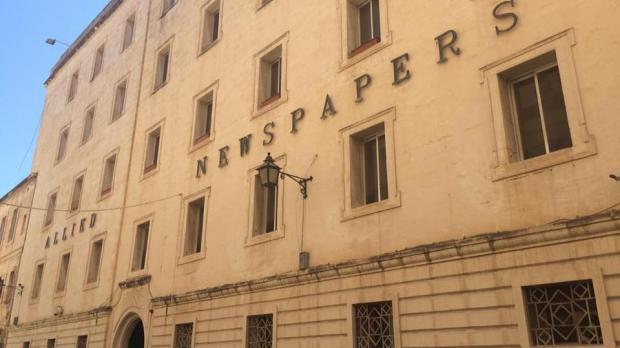 We’ve known Keith Schembri and Adrian Hillman had a scam going. We’ve known it for over 4 years now. But today the police explained what the scam was. The then chairman of the company that owns The Times Vince Buhagiar, and Keith Schembri’s business partner Malcolm Scerri were also in on it. We finally understand what they did and who the victims of their swindle are.

Because there’s no crime without blood. Even financial crime.

All four deny any wrongdoing and we must of course consider them innocent until proven guilty. But let’s go along with what the police are accusing them of having allegedly done for the time being.

Keith Schembri re-sold machinery to the company that owns the Times newspapers for over €5 million in profits, without adding any value whatsoever.

All he provided (using his “professional money-laundering” advisers at MFSP/Zenith and Nexia) were hidden kickbacks paid to the two people running the company that owns the newspaper together with the millions he paid himself avoiding to pay tax in his country.

Between them, they stole from Times of Malta anything up to €6.5 million. Some of that they stole from the tax-man: that’s from people needing free education, medical care and social assistance.

So much for the tifel Laburist minn Bormla. The greedy fucker is a cartoon tycoon baddy straight out of the comic books they used to hand out to young pioneers in the USSR.

People working at The Times today have had their wounds re-opened. Many colleagues lost their jobs because the company could no longer afford them. Everyone left has had pay-cuts and they’re working double time to produce the same output that a larger staff count used to do.

Vince Buhagiar and Adrian Hillman inherited a sound and financially secure business. They left a company that has been dying of the same heart attack for four years now. It had to sell off its flagship Valletta location, the physical legacy of its history, just to remain alive. The future existence of The Times of Malta is far from certain.

I could complain that as a regular columnist for Malta’s largest circulation Sunday newspaper, I’m not paid for my work. But people think writing is not proper work so this would sound petty to them.

It is petty to anyone when you think of the personal suffering of people for whom The Times is their living. They love journalism but their families are entitled to bread on the table. Well, Schembri, Hillman, Scerri and Buhagiar took it all and hid it on coconut islands in the Caribbean.

And then those crippling €5 million that Vince Buhagiar saw as a comfortable retirement, Adrian Hillman saw as financial security for life, and Keith Schembri and Malcolm Scerri saw as mock dress-rehearsals for bigger swindles yet to come, were also a robbery of something far greater.

They robbed our democracy of the viability of one of its most important news organisations and the only source of information that can credibly claim it is independent of government, partisan or even business control. In exchange we got Keith Schembri turning on Jacob Borg and telling him he’s been paying his salary so he’d better shut up.

Journalistically speaking this is interesting because it is a template that could give us a better understanding of what happened at Crane Currency, at the hospital flip with VGH, and of course in Montenegro and at Electrogas. How swindlers like Keith Schembri make money from deals like that and hide their traces.

But dismantling the Times of Malta for greed is not just a money heist. It is an assault on our civilisation. I think of how Times of Malta never missed an edition under the bombing of the Second World War. I think of how it stood on the front line in the resistance against the tyranny of Dom Mintoff, printing without fail even as its offices were set on fire by thugs.

I think of how it is the document of all my memories, the family album of Malta through the causes I remember, the 1987 election when I was 11, the debate on joining Europe, the failings and successes of this country. I think of how it kept politicians on their toes, rarely unfair, almost never mistaken on facts. I think of Times of Malta as one of the few things our democracy got right.

Then came Keith Schembri, Vince Buhagiar, Malcolm Scerri and Adrian Hillman, turned it all into cash and took it away. 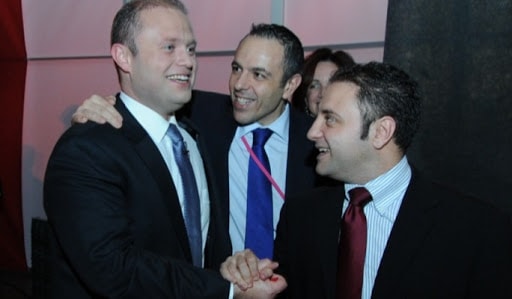