I apologise upfront for insisting on speaking on my home turf. I do not enter into debates on Facebook. The ganging up, the shouting matches replete with whataboutisms, non sequiturs, straw men and twisted logic remind me of the school yard. Which I avoided as a child and which I will avoid now.

I did pick up the objections to this post I put up yesterday which in summary said that I was picking on Rosianne Cutajar on private matters rather than on policy matters; that I could have written about other things because there are bigger problems; that I’m a misogynist for criticising a woman’s Instagram post rather than her abilities or performance in public life.

I can be wrong. And I sometimes am. I don’t think this is one of those times.

Rosianne Cutajar putting up an Instagram selfie in and of itself is neither here nor there. The hashtags she put up are an exercise in pure vanity. I don’t comment when so-called “influencers” do that. I think the pursuit of a certain type of appearance and its exhibitionist display reflects superficiality, vanity and conformism. I don’t criticise private people for being shallow whatever I may think of being shallow.

But Rosianne Cutajar is an MP and until recently a government minister. She piloted laws and policies to bring more women into politics. And with her Instagram selfies she reinforces the barriers men unfairly impose on women by mixing appearance with politics.

Even so, if it had been another politician tweeting numbly about their looks, I’d probably have let it slide.

But Rosianne Cutajar right now still owes the public an explanation about the reasons for her resignation, her defence in public fora of people charged with crime and accepting cash payments from them.

Displaying her looks like they can make up for anything is insensitive and an act of contempt for the public. And it deserves to be called out.

I could have written about “more important things” and for Chrissakes I have. I posted 11 articles yesterday, some 14,000 words of research and commentary. That’s just yesterday. Not all my posts are equally intense and not all subjects I choose to cover are equally important. But if you can’t see the shallowness of an insta selfie of a politician who should now be explaining her corrupt services to a mafia don, I can’t expect you to fit my post about her in the context of all the work I have published in the last days, weeks, months and years.

I’m not a misogynist. I deny that. Forcefully. I am thought of wrongfully as many things: a bumbling former bureaucrat who can’t get the buses on time; an arrogant petty tyrant with a hidden stash; hell, Chris Cardona yesterday told Lovin Malta I was in conflict-mining. Being caricatured and slandered is a fact of life these days when you’re working as a journalist.

But a misogynist? The record is on this website and it shows I am a committed equal rights campaigner acutely aware of the dangerous potential of unconscious prejudices hidden deep within me that I spend my lifetime digging up and re-examining. And I do so in full view of my readers. So this one, that I am some women-hating dinosaur, I push back on.

I don’t want to play the victim. People are free to agree and disagree with anything I write and if my intentions with the Rosianne Cutajar were misunderstood I blame myself for not being clear rather than readers for misunderstanding me. I’m sorry for that.

But Rosianne Cutajar’s conduct, in Parliament and on Instagram is fair game and must be subjected to scrutiny.

Someone put it quite starkly to me earlier today. Can you imagine if Priti Patel put that #dimplechin photo on her Instagram account in the middle of a media storm suggesting she accepted cash payments from a person since charged with killing a journalist standing in Parliament to prevent an inquiry into allegations about a government contract he had won? Do you really think Private Eye would have let that slide?

Let me be clear in case of ambiguity. Being good looking does not disqualify a woman or a man from being great at their job as a politician. It is as irrelevant as not being good looking by anyone’s subjective judgement. But the thing with Rosianne Cutajar is that looking good (by someone’s subjective standard) compensates for being corrupt. I can’t not call that out for fear that someone might misinterpret that as prejudice against women. It just isn’t.

There are people today who still mock Agatha Barbara for the way she looked. Rosianne Cutajar may be prettier. The two women will go down in history. But the trail blazing feminist icon will not have a dimple chin. 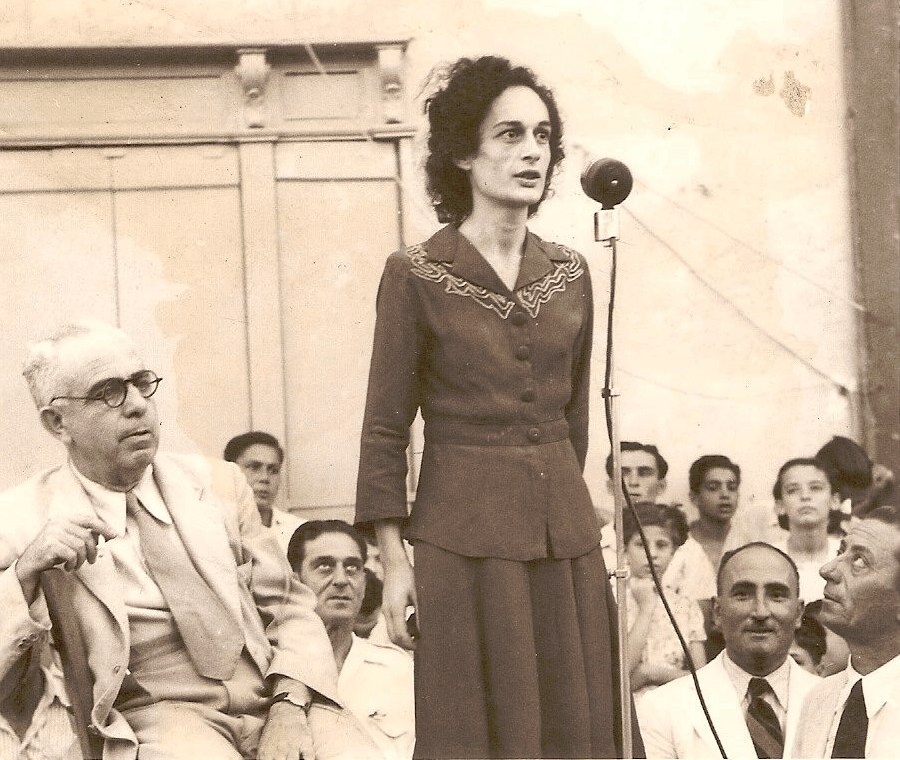 Previous:GUEST POST: A Call for Civil Peace
Next:How they took the old lady