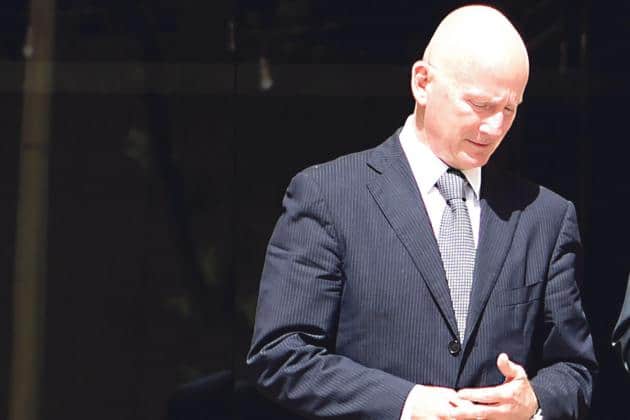 The desperate caterwauling from the hymn book used by the Labour Party to spin itself out of the problems created for it by the detention on remand of of Keith Schembri, one of its most prominent leaders of the years 2008-2019, says that the Allied Newspapers scandal about which he is charged happened when Lawrence Gonzi and the PN were in government.

The extremely tenuous innuendo is that somehow it is the Nationalists that are politically responsible for Keith Schembri’s crimes. Not the PL, of which he was chief strategist and once in government in 2013 its most powerful unelected official.

Factually, Jason Azzopardi put paid to that yesterday in Parliament where he read out the charge sheet brought against Keith Schembri who is facing accusations for crimes alleged to have been committed between 2005 and 2019.

To some extent, even dignifying this puerile line with a response, is to give it too much importance.

At the criminal level – which is what is discussed in court – a crime is no less and no more serious if it happened when the PN or the PL were in government, unless of course people in public office are directly involved.

But at the political level, what matters here is how the crimes reflect on people in public office.

Right now, Times of Malta is having to play defence, on the back foot, as it were. It is having to explain that whatever bias it may have had in the lead-up to the 2013 elections, that bias was of its own determination, reached autonomously and independently of the corrupt relationship between Keith Schembri and Adrian Hillman.

Although not specifically referring to Keith Schembri, Times of Malta’s editor at the time, Steve Mallia, writing today in his former newspaper, acknowledges there had been pressure applied on him and his editorial staff from inside and outside the organisation.

“Were there pressures and attempts to influence editorial decisions?” Steve Mallia asks, promptly answering that question himself. “Too right there were – from all manner of people both inside and outside of the organisation. Could they be unpleasant? Most definitely. Did I ever yield? Absolutely not. And were there consequences? Eventually, yes, indeed there were.”

The obvious point here is that pressure happens all the time. I was a government official at the time and on occasion I tried to apply pressure on journalists. I recall one time, when on Kurt Sansone, now a Malta Today journalist but then working at Times of Malta, I applied pressure I was made by my bosses to realise was too heavy handed. I have apologised for that.

I don’t want to read much into this Steve Mallia quote. His point, I suppose, is that even if Keith Schembri believed he was spending his money bribing Adrian Hillman for the intended effect of influencing the Times of Malta editorial line, he was deluding himself. The line the editors took, however convenient it may have been to Keith Schembri, was adopted without any knowledge of those bribes and irrespective of them.

There can be little doubt that Keith Schembri intended to influence Times of Malta’s editorial line and believed himself successful. He told Jacob Borg as much while being importuned by him in Valletta. He declared it openly and crassly in his last Facebook post before he was locked up. He wrote that the only reason he was being charged for bribing Adrian Hillman was that “the Nationalist establishment” could not stand the fact that he (Keith Schembri) had managed to get Times of Malta “to listen to” what the Labour Party was saying.

Let me tell you something about Keith Schembri’s intentions. When Adrian Hillman was forced out of Allied Newspapers, Keith Schembri intervened with PBS so that the national station employs him as its editor. I have it from two sources that Keith Schembri contacted John Bundy, then CEO of PBS, to get him to hire Adrian Hillman as editor. John Bundy pushed back. He was eventually thrown out of PBS on trumped up charges and won an unlawful dismissal suit against his former employer. Whether this was the effect of a cause remains subject to debate.

The Labour government, while Keith Schembri led it and after he left it, found other ways of ensuring PBS acts as its Pyongyang-style mouthpiece. The “national” station’s reporting of what is happening in the country is disgraceful, sycophantic, imbalanced and cavalier with facts.

That’s what Keith Schembri wanted from PBS. If it’s what he hoped to achieve at Times of Malta, he didn’t get it. And it wasn’t an “establishment” that fought back. It was the editors and the journalists working there.

Previous:GUEST POST: And they stick their heads in the sand
Next:Does Ian Abdilla get another medal for this?