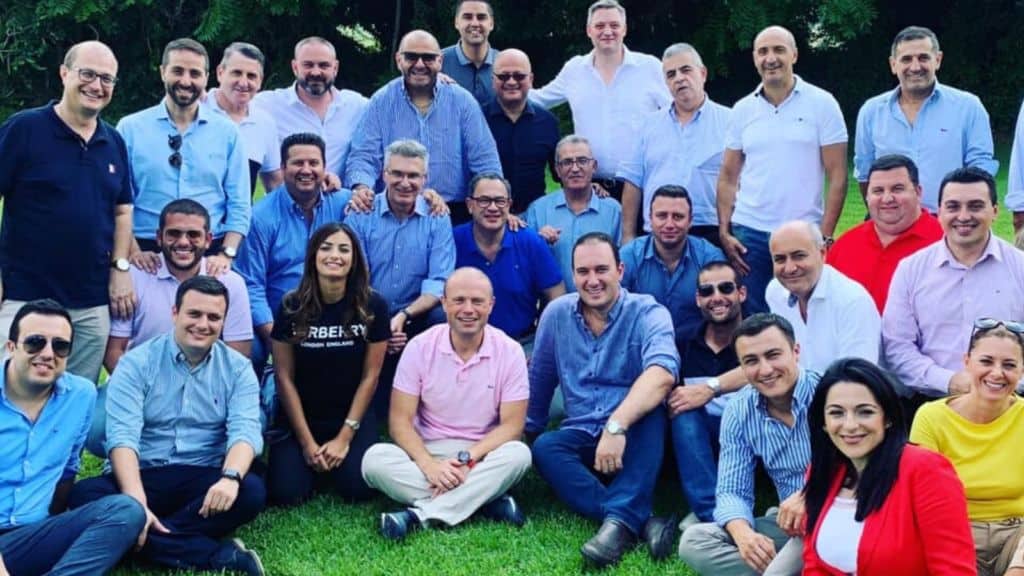 The importance of a national debate on what has been and is happening in Malta is imperative. I have no sympathy with the difficulty Robert Abela must have with coming out with a line that doesn’t harm his political party. If he praises institutions and himself for letting them work, he legitimises their action, effectively politically condemning Keith Schembri.

If he politically condemns Keith Schembri, he’d condemn the entire Labour Party (and himself) by extension. They will need to answer for having enabled Keith Schembri. And of course, they know that this is, as we said, the tip of an enormous, Titanic-sinking iceberg.

If, on the other hand, he subscribes to Keith Schembri’s claim that he is a victim of the “Nationalist establishment”, Robert Abela would be denouncing institutions. He would give credence to all those protests complaining of political intervention in the police which he called a “provocation” and said they must stop. The difference of course is that he’d have an entirely different idea of who is doing the controlling, but he would be agreeing that the police are puppets anyway. That would throw away all the self-praise of the last 14 months along with the bathwater of all his claims about winning the coronavirus war.

To a lesser extent the Nationalist Party is also uncomfortable with this debate. They still need to account for Adrian Delia, for Pierre Portelli and for all those grandees and MPs who enabled them and their program of learning to love corruption. I have no sympathy for them either.

If this debate is going to be fruitful we’re going to need some hard-core honest soul searching. How are we going to wash it if we continue to wear our dirty linen to avoid anyone else seeing it.

In refusing the debate in the European Parliament, Alex Agius Saliba and Cyrus Engerer are telling the rest of the world that they are unable to confront the truth about Keith Schembri, for example. The EPP request for a debate came before any of this. It followed on Vince Muscat’s testimony that named Chris Cardona (though obliquely Keith Schembri as well).

The importance of their request is even greater now. There’s a political analysis that needs to be made in Malta and in Europe that this was allowed to happen. And while Keith Schembri was being dragged into the glum darkness of the prison’s Division 6, his enablers must be dragged out into the cold light of day.

Alex Agius Saliba and Cyrus Engerer, like the others who are throwing themselves in front of the moral bullet aimed at corruption, are creatures of Keith Schembri and Joseph Muscat. They owe their political existence to them.

As does that cabinet of inadequate and over-promoted men-children like Byron Camilleri, Silvio Schembri, Owen Bonnici, Ian Borg, Edward Zammit Lewis, Roderick Galdes, Julia Farrugia Portelli, Aaron Farrugia, and Clint Camilleri. They owe their existence to Keith Schembri and Joseph Muscat. Without them, without the corruption they needed to cover with a majority of fawning sycophants in cabinet grateful for the unwarranted prestige they are given, the corrupt roadmap could never be fulfilled.

And then of course at a higher level, the cabinet colleagues who wanted to protect their own turf and cultivate their own sleaze: Michael Farrugia, Justyne Caruana, Rosianne Cutajar, Franco Mercieca, Carmelo Abela, Chris Cardona, Konrad Mizzi, Manuel Mallia, and Michael Falzon.

And around them the ‘B’ class henchmen who propped the bosses up again for a dose of prestige and importance they could never have achieved on their own ‘merits’ such as they are: Glenn Bedingfield, Karl Stagno Navarra, Jason Micallef, Josef Caruana, Kurt Farrugia, Tony Zarb, Jeffrey Pullicino Orlando, Robert Musumeci and on and on.

And finally, the ones prepared to look away, compromising with their consciences their “survival strategy” as the most symbolic of them all had put it in an embarrassing interview with Tim Sebastian: Evarist Bartolo. But also, George Vella, Anġlu Farrugia, Alfred Sant, Jose’ Herrera, Chris Fearne, Deo Debattista and so on.

Confronting the reality they have enabled means ending their political paths together with a dead end for Adrian Delia’s abortive political, let’s be generous and call it a, career. And those who enabled Adrian Delia, starting with the PN’s incumbent deputy leaders.

A proper confrontation of what happened here would be an upheaval in our political landscape, where the only survivors would be the politicians who had been the butt of jokes and on the receiving end of vicious threats for so many years. We’d have a tangentopoli-scale collapse which would throw up or out a good 65% of the chamber.

A proper confrontation of this would not just people in elected office or their appointees. It would reach their plants who hogged on institutions for profit and crime: Joe Cuschieri, Johann Buttigieg, Heathcliff Farrugia, Karl Izzo, James Piscopo.

No wonder they say that they will only have this debate over their dead bodies. Politically they are dead men walking.