The gift of foresight

… is one Saviour Balzan does not have.

He’s also missing the gifts of grace, self-awareness, compassion, competence and consistency. Come to think of it,the man is quite altogether lacking. 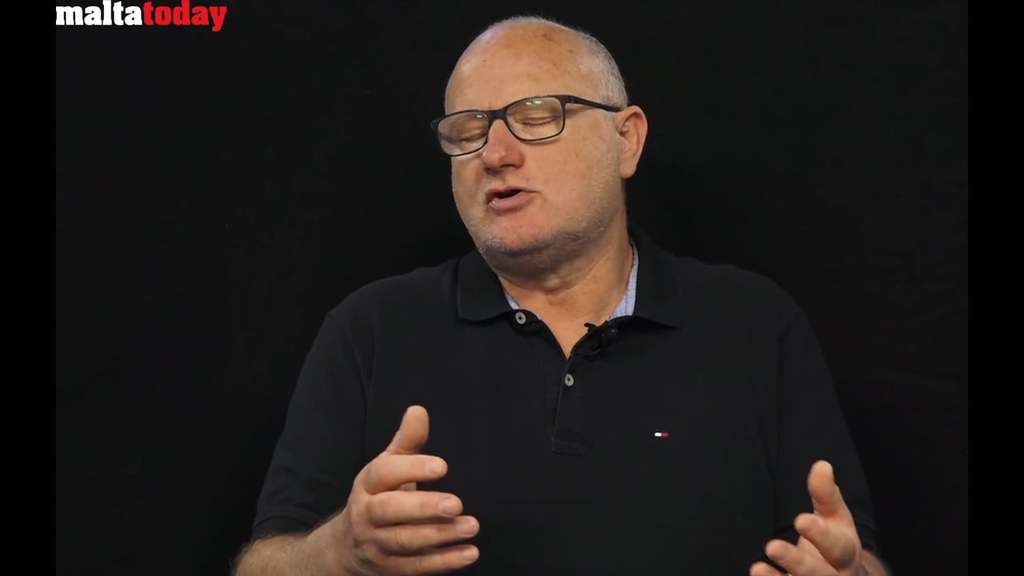 He expresses shock that “right-leaning press and bloggers” should be, but aren’t, bashing Times of Malta right now, and contrasts this with what would have happened if Keith Schembri had been charged with bribing the owners of Malta Today (that’s Saviour Balzan himself, in case it had slipped your mind).

I’m going to go out on a limb here and assume that Saviour Balzan considers me a ‘right-leaning blogger’. He probably gets that from my Rush Limbaugh rants on blacks, homosexuals and other undesirables like the poor. Especially the poor. Everyone knows I hate poor people.

This cartoon misrepresentation by them of anyone who is not them as right-wing reactionaries is not new. It’s how they cast Daphne Caruana Galizia who did more to raise awareness about racial prejudice, human trafficking and slavery in this country than most people, and certainly way more than Saviour Balzan.

But I digress. I think the point that needs to be made here is that we have already criticised the owner of Malta Today for his corrupt relationship with Keith Schembri. It’s not a matter of “if” we were to criticise, been there, done that, didn’t bother with the t-shirt.

Perhaps Saviour Balzan’s price would have been lower than Adrian Hillman’s. Perhaps he might not have expected €600,000 in a BVI account. He may, perhaps, have been sated with extensions to his contract as a TV-show host on TVM and a little generous sprinkling of extra advertising money from the government’s budget. He may very well have been happy with PR contracts advising ministers and government agencies his newspaper was busy investigating and reporting on.

But being cheaper would not make him better. Saviour Balzan was also bought and paid for, in a sense, by Keith Schembri. He still lied about phone calls with Keith Schembri taking his dictation in the wee hours of the morning, for thirty pieces of silver or simply for the love of it.

And yet, we “right-leaning bloggers”, even while holding our noses publicly about that, could still distinguish between Saviour Balzan’s moral vacuity and the sterling work of the journalists that work for his newspaper. Just because we knew Saviour Balzan was in bed with Keith Schembri, it never occurred to us to assume that this had any bearing on the work done by Matthew Vella, Matthew Agius, James Debono, Kurt Sansone and the other journalists working at that newspaper.

It is the same distinction that we can make between Adrian Hillman’s corruption and whatever else happened at the management of the company that owns Times of Malta and the output of journalists working there. Were it not for them, Keith Schembri would likely still be having early morning calls with Saviour Balzan. Instead, precisely because people like Jacob Borg chased Keith Schembri all the way between the court building and Castille via Kordin’s Division 6, Saviour Balzan has been forced to change the tune he whistles about his erstwhile heroes.

It’s not all bad. And though we don’t always get it right – who does? – we tend to be on the money rather more consistently than Saviour Balzan. Maybe the Times weren’t so on the money back in 2013, when some of their journalists, perhaps not so many amongst those still working there, were dazzled by Joseph Muscat’s blandishments and courting of high (moneyed) society, but these things happen in the best families. To my mind, they’ve made up for it, in spades, since then.

But to get back to the main thrust of this: when mentioning me by name, Saviour Balzan makes it a point to remind everyone I worked in Lawrence Gonzi’s government. I did. That’s meant to disqualify me from campaigning against corruption, he implicitly suggests. But having exalted Joseph Muscat and Keith Schembri to high heaven until he saw one resign in disgrace and the other remanded in custody on fraud charges, Saviour Balzan, one would expect, should consider being a tad more contrite.

Just look at this. Please. Allow me to take another 3 more minutes out of your life and watch Saviour Balzan’s insight into the Schembri-Hillman scam in full living colour broadcast on 17 March 2016. Saviour Balzan is commenting after Allied Newspapers forced Adrian Hillman to resign. Please watch his assessment and muse about who was right and who was wrong at the time: his inference is that Allied were, shame on them, acting on Daphne Caruana Galizia’s usual baseless and scurrilous rumour-mongering, shame on them. Didn’t age well, that one, did it, Saviour Balzan?

And now he dares to reprise his criticism of the views expressed by “right-leaning bloggers” on just the same subject. I’m nowhere near right-leaning. But I was right. As were others.  Which is more than Saviour Balzan can say about himself.