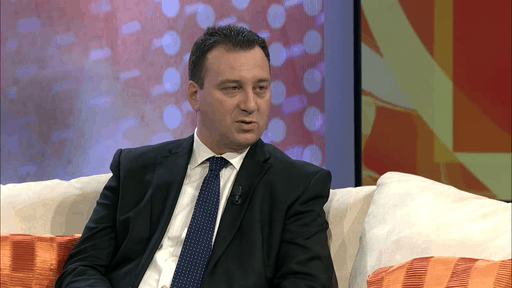 Don’t they teach logic in schools anymore? Robert Abela told the press yesterday that leaders in the public service have been instructed not to conduct any business outside of their public roles. He called this a “new mentality”.

Why did he need to do it? Because, one must presume, he thinks the “old mentality” of doing business while in your public role is not acceptable and needed changing.

This is schoolyard morality. Kids go through phases of doing naughty things, struggling with their consciences every time. When they get caught and they face punishment, they solemnly declare that ‘as of now’ they won’t be doing it again.

We should all have outgrown this thinking. At the ‘national unity’ conference a few days ago, opponents to the idea that political party TV stations should be banned, suggested instead that political parties draw up new rules of conduct.

I challenged this. Do political parties really need a new set of rules to discover it is wrong to lie? Shouldn’t they have known this before?

And shouldn’t civil service leaders know that it is wrong to go into business with people they are supposed to regulate?

Johann Buttigieg was outed by Yorgen Fenech’s phone to have negotiated property deals with Yorgen Fenech. He did the negotiating whilst serving as chief planning regulator, the decision-maker-in-chief on who gets a permit to develop property and who does not.

Do we need to write new rules to tell Johann Buttigieg this is not right? Or to tell Joe Cuschieri he should not be travelling with Yorgen Fenech when he regulated his gaming business and his bankers?

Can Robert Abela seriously argue that it is “a new mentality” to insist that our administrators keep their private interests apart from their public interests and to strive to be purer than Caesar’s wife?

Have these people not read Plato’s concerns for philosopher-kings? Have they never come across Aristotle, Machiavelli or Montesquieu? Have they never been class prefects or floor managers in a restaurant?

No. Their entire political, ethical and administrative education was designed by Joseph Muscat. Take what thou canst shall be the whole of the law.

And it is all so familiar, isn’t it? Robert Abela is assured that the WhatsApp exchanges with Johann Buttigieg only show that he had discussed with Yorgen Fenech going into business together. It doesn’t “prove” that they actually did. What does Robert Abela expect us to imagine? That Yorgen Fenech was going to stuff piles of cash through his WhatsApp account?

Remember when the Panama companies belonging to Keith Schembri and Konrad Mizzi were discovered but they told us that “no money was found”?

The parliamentary opposition, Moviment Graffitti and Repubblika called for Johann Buttigieg to be removed. Times of Malta joined that chorus today calling the impunity that protects these crooks “the national disease”.

But Robert Abela has other invisible pressures to deal with. There’s a limit to how much he can afford to displease Joseph Muscat and Johann Buttigieg has stepped in front of many bullets for the boss.