A cigar for Frankie Five Angels 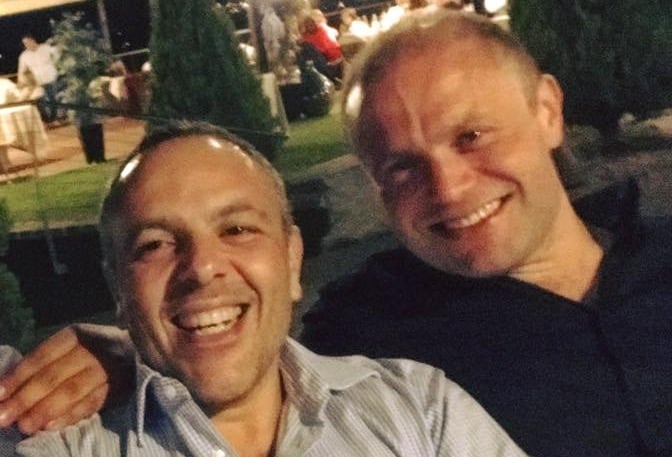 There were many references to Keith Schembri in part two of Joseph Muscat’s interview with Times of Malta, published yesterday.

This website’s review of part 1 is linked here.

It wasn’t just about Keith Schembri having been his chief of staff, having been exposed for owning the Panama company expecting money from Yorgen Fenech, having been the possible source of leaks from the investigation into Daphne Caruana Galizia’s murder, having been charged with bribery, corruption and money laundering, and all the rest of it.

There was also a reference to Keith Schembri being very ill:

Keith and I had cut contact for a while. When I heard about his health, I reconnected, because I wanted to see how he was.

When was the last time you spoke?
Last week.

Had you cut off from all contact because you felt he betrayed you?
I cut off contact.

You don’t want to say why.
I cut off contact and I think the situation he’s going through is what it is.

I don’t have first-hand information on Keith Schembri’s state of health. He’s missing court sittings on grounds of ill health. But his wife is “serenely” relaunching her business and speaking of herself as if she’s already past mourning. So it’s hard to be sure.

Joseph Muscat is hardly a reliable source of information on anything but let’s take what he says here at face value. The way it sounds from what the former prime minister says about his former chief of staff is that Joseph Muscat needed to get over their fallout and “reconnect” with Keith Schembri. He wouldn’t have been checking in because of an ingrown toe-nail.

Joseph Muscat got back in touch “last week” in spite of the fact that it would look bad for him not to stay away from Keith Schembri.

Some people have been wondering why Times of Malta carried the interview with Joseph Muscat, giving the bad guy a platform. I don’t agree with this criticism. The opportunity to interview the bad guy should not be missed. It’s in the public interest to know what he’s thinking. Given the chance any journalist would want to interview Bashar al-Assad, Omar al-Bashir, Ratko Mladic, Alieu Kosiah, Donald Trump, Jair Bolsonaro, or Felicien Kabuga.

The bad guys are no different from the good guys when it comes to deciding whether to agree to give an interview. They do so because they think it’s better for them to do so than not to, because the interview is going to benefit their interests. That’s no reason to pass on the opportunity to ask them questions.

Times of Malta, I understand, have been chasing Joseph Muscat for an interview for months and years. He’s agreed to give them the interview now because he needed to go through to the bother to be able to deliver messages to people he’s struggling to speak to otherwise.

Note that the Labour Party’s media are no longer available to him. Note how One TV made no mention of Joseph Muscat’s Times of Malta interview in their news services. As far as they’re concerned it didn’t happen at all. Clearly, their reading of Joseph Muscat’s intent is no different than the rest of ours.

Part 1 of the interview carried messages to Robert Abela.

Part 2? It seems to be addressed to Keith Schembri.

Before Keith Schembri’s health took a turn for the worse, Joseph Muscat was comfortable cutting off communication with him. He must have calculated that even though they may no longer be friends, their shared interests would continue to determine their actions. They would continue to protect each other’s secrets out of mutually assured preservation if not out of mutual love. They would not need to be in touch to know that is how their respective interests would be best served.

But would a dying man still see things the same way? Would a man who has been accused of crimes in front of a court and been convicted in the court of public opinion, deal with that reality the same way if they realise their life will not be long enough to have their day in court, to tell their side of the story, to justify their actions to their children, and to make sure their accomplices do not pin their shared guilt on the first one to die?

It seemed like Joseph Muscat wanted Keith Schembri to read yesterday’s interview. ‘Hey buddy,’ he seemed to tell him. ‘Look at me, still defending you like the good old days in Castille when you could do no wrong and no one could sway me to ditch you.’

‘Look at me,’ Joseph Muscat seemed to tell Keith Schembri. ‘I will keep defending your reputation, protecting your name from the ignominy of exposure. I will give your children, as I give mine, a narrative they can cling to, to believe their father was no crook but just a victim of the fraud and hatred of their envious political rivals.’

Few know Joseph Muscat better than Keith Schembri. Few can better appreciate the limits of his altruism, and his constancy and loyalty to his friends when his back is to the wall. Few will know better than Keith Schembri that Joseph Muscat would “cut contact” and ditch you until he realises that is not in his best interest. And then he returns as your long-lost friend.

The public inquiry into the killing of Daphne Caruana Galizia was right of course. The rot that gripped the country was the product of institutional weaknesses, power and the way it was wielded, a culture and an atmosphere of impunity cultivated by the inaction of cowards and accomplices.

But what happened to this country is also because our fates were bound to the will of soulless gods, concerned first and perhaps only with themselves. We got to this mess because the reins that steered us were tied to the arms of one Joseph Muscat.

And though it may not be what he intended to say in that interview, his story – the story of Joseph Muscat – has yet to be properly written. Perhaps Keith Schembri might sharpen his quill while he still has the strength to grasp it.