I dare you to keep down your lunch 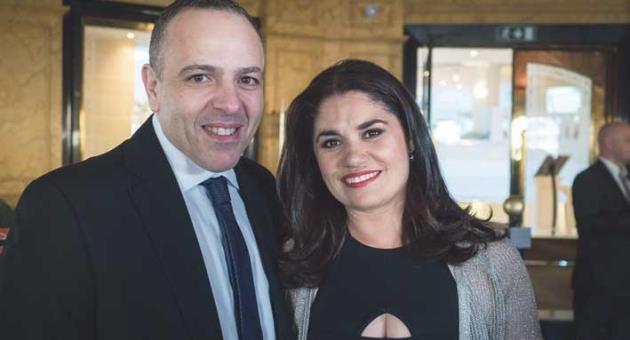 You know how they call us ‘elitist’. How they used to say Daphne disdained the proletariat and that our support for the cause of justice for her came from delusions of Victorian grandeur. Do you remember Keith Schembri, kicking and screaming on his way to Kordin for his two-week sojourn there while he fought for and won bail, saying he was being picked on because we, the elite, could not stand a “tifel Laburist minn Bormla” making it to political and economic power?

OK, if you remember all that, hold tight and read Marie Benoit’s diary on yesterday’s The Malta Independent. Like just about everyone alive I normally ignore what Marie Benoit writes. But this one article deserves special mention. 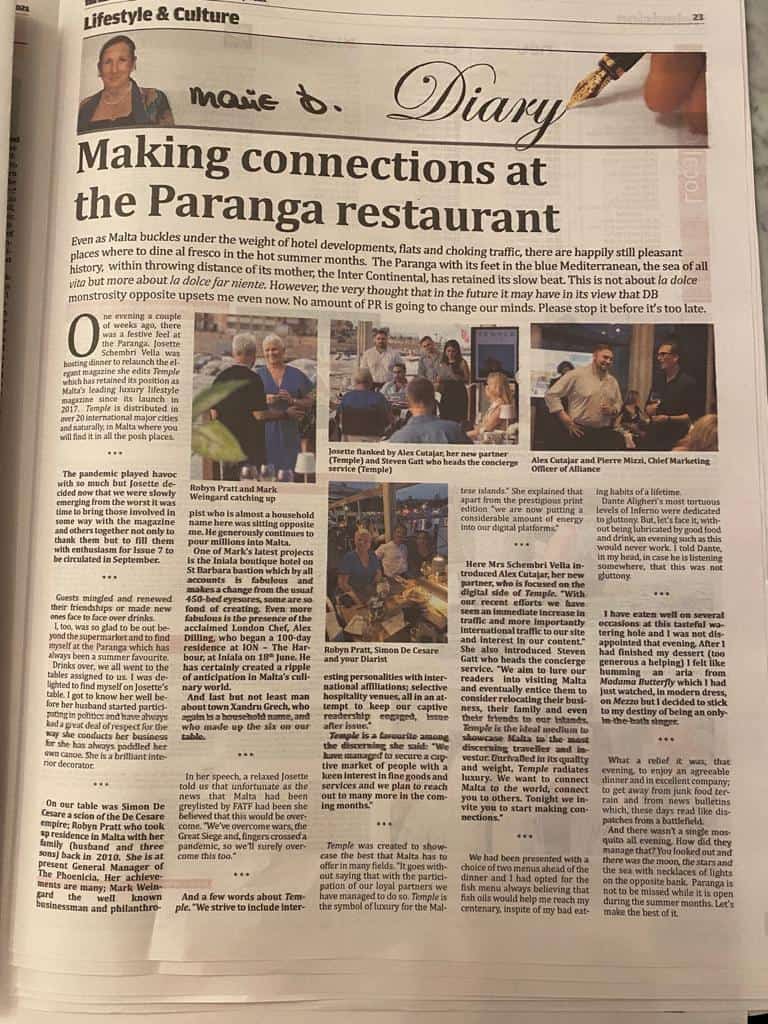 She diarises a dinner hosted by Mrs Keith Schembri whose business it is, as reported by Marie Benoit’s newspaper in 2017, to “offer a range of services for the ultra-rich” such as selling them Maltese passports. The company publishes periodic glossy brochures that, apparently, have been recently ‘relaunched’.

Marie Benoit’s article is, for want of a more impressive adjective, bonkers. To compare it in its delusion with the optimism of Comical Ali is to imagine Comical Ali was a glass-half-empty cynic. Wading neck-deep in Keith Schembri’s shit, Marie Benoit speaks of her delight for the breeze.

And the subject of her writing – Mrs Keith Schembri – is no less detached from reality.

The only reference to Keith Schembri in Marie Benoit’s article is shudderingly oblique: “I (Marie Benoit) was delighted to find myself on Josette’s table.” “Josette” is Josette Schembri Vella, Mrs Prince of Darkness, the woman behind the man behind the evilest and most murderous, kleptomaniac regime ever to have inflicted its influence on this country.

“I got to know her well before her husband started participating in politics and have always had a great deal of respect for the way she conducts her business for she has always paddled her own canoe. She is a brilliant interior decorator.”

There are more under-statements, euphemisms, unintended litotes, and ambiguous equivocations in that statement than an average Faustian contract. Her husband, unnamed and unheard of, “participating in politics”? As in what, he volunteered to seal ballot boxes on polling day? Did he run for a seat for the monster loony party? Was he Mayor of Ħaż-Żgħir for a while?

Paddled her canoe, did she? Did she stay off Keith Schembri’s nuclear fucking aircraft carrier or did she decorate its interior to make it look less like a Bond villain’s lair?

Not to allow the elephant in the room to roam unnoticed, Marie Benoit writes about “Josette’s” remarks at dinner: “In her speech, a relaxed Josette told us that unfortunate as the news that Malta had been greylisted by FATF had been she believed that this would be overcome. ‘We’ve overcome wars, the Great Siege and, fingers crossed a pandemic, so we’ll surely overcome this too.’”

Oh for fuck’s sake. Josette is relaxed. That’s reassuring. We wouldn’t want her to tremble in any fear of being implicated in her husband’s crimes, of living off their proceeds and reinvesting in them by paying for Marie Benoit’s dinner.

If “diarists” like Marie Benoit are required to conduct due diligence like banks are, we’ll emerge from the grey list on the other side of the next century.

“The unfortunate news that Malta had been greylisted by FATF”. Unfortunate news? What, like an ingrown toenail, or a tree that has escaped the clutches of Ian Borg to interrupt an innocent motorist’s only very slightly inebriated swerve?

Malta has been greylisted by the FATF because fucking Josette fucking Schembri was fucking relaxed while her fucking husband perverted the rule of law in this country and turned the place we used to call home into his local mafia backyard. I didn’t see her do much to stop him. If she was paddling a canoe, it wasn’t away from him.

Yes, we’ve overcome wars and pandemics, Josette, but it looks like we’ll never manage to get to your husband. He’ll walk away, you’ll continue to hobnob with the rich and powerful and the only price you’ll have to pay is the occasional dinner for the positively insufferable Marie Benoit.

And we? We’re stuck with Marie Benoit telling us about dinners given by Mrs Keith Schembri and her elite of elite-sucking parasites, feeling that exquisite tenderness of having just been anally violated by a fly.

If we were the elite, there would be justice in this world.

Previous:PODCAST: Cherry-picking
Next:You kept your lunch down? Let me help you.