When a Minister calls an inquiry 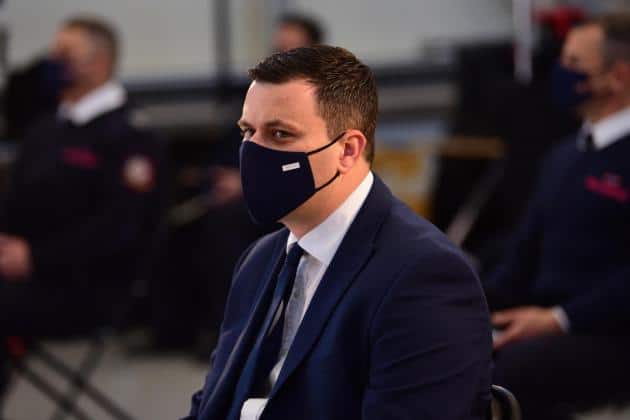 The government appears to have finally realised that the regularity with which prisoners try or manage to kill themselves can become a political problem. Utterly unable or unwilling to touch any of the friends of Joseph Muscat, they seem unable or unwilling to do the obvious: fire Alex Dalli and replace that tinpot tyrant with a civilian who does not fancy themselves running a Nazi holiday camp.

Since properly dealing with the problem is not an option, the second-best option available to the embattled politician is to look like doing something about a problem and making sure nothing ever really happens.

“Minister, two basic rules of government: Never look into anything you don’t have to. And never set up an inquiry unless you know in advance what its findings will be.” That’s Humphrey Appleby.

Up to now, Byron Camilleri and Robert Abela were perfectly happy to follow the first piece of advice. Most people don’t care about prisoners killing themselves. As far as most people are concerned prison suicides are public savings. And in that context Byron Camilleri never needed to be bothered with the situation in his prisons. 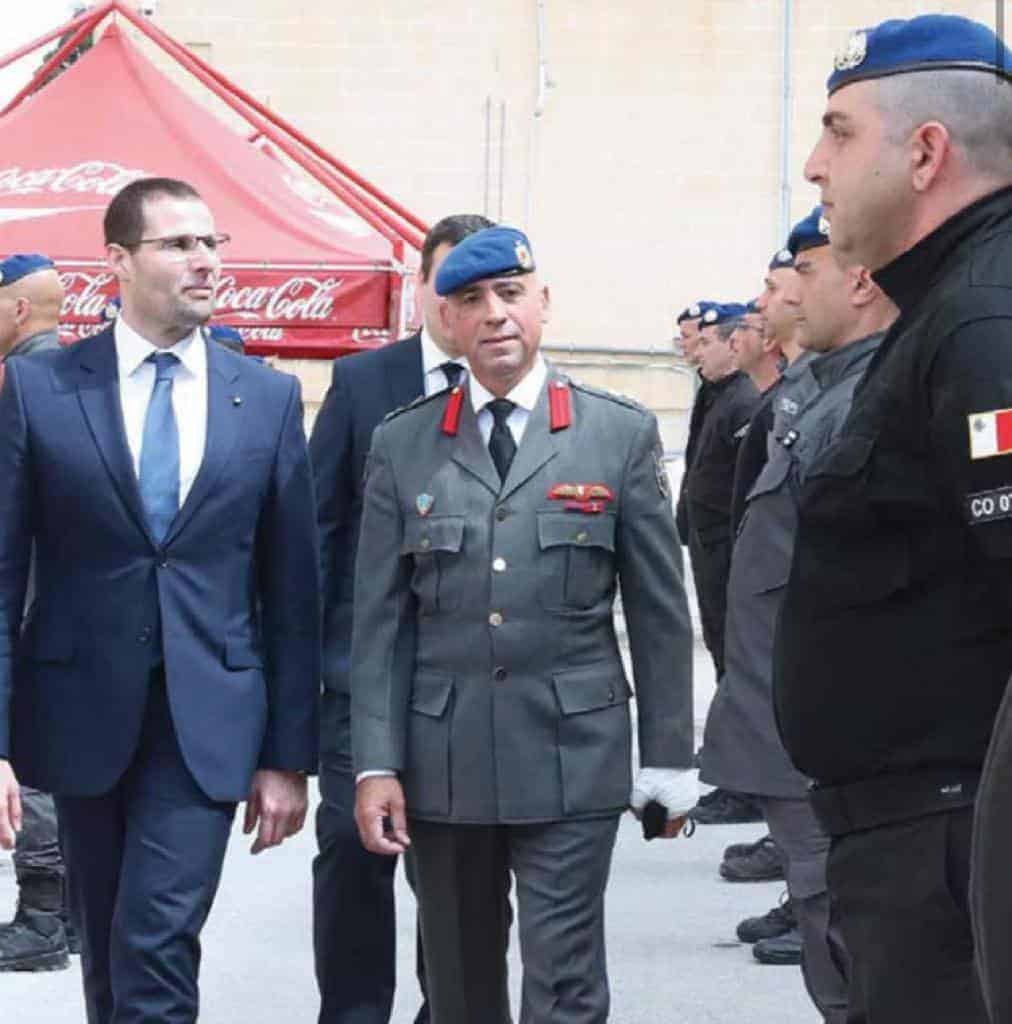 Well, let’s say most people won’t care for most suicides. But even for some of those most people there can be too many suicides and now, at last, people are asking questions like why is it that more people die in Alex Dalli’s prison in a year than would die in the same prison in 10 years when it was run by anyone else.

So now they need to go for option 2, set up an inquiry reasonably comforted by the predictability of its findings. Remember Joseph Muscat defining the limits of the Egrant inquiry making sure its terms of reference prevent it from asking questions he knew the answer to, like, for example, who owns the bloody thing? Here we are again.

Whatever the intentions of the members of the inquiry board, the terms of reference prevent them from asking the questions that need asking. Had the people who killed themselves been subjected to torture, even if of the psychological kind? Has a culture of fear been engendered in the control structures of the prisons? Have prisoners been intentionally enabled to be in a position to attempt suicide? Very likely the inquiry will not be able to ask any of those questions.

Nor will they be able to examine specific cases on the pretext that the specific circumstances of specific deaths, that would shed light on systemic failures if not systemic perpetration of unlawful treatment, are examined by the criminal process.

Whatever the good intentions of the members of the board of inquiry, which will be examined here as well, they can only go as far as they’ve been asked to by the Minister whose political decision, against all and repeated advice, to retain Alex Dalli as prison kapo is, I argue, the root cause of those untimely deaths.

Whatever Byron Camilleri knows or does not know, his primary concern is his own political survival. He is not going to let paint thinner or starchy sheets improvised into a noose or refashioned workshop tools used to cut veins belonging to prisoners who never voted for him in the first place come in the way of the electoral reward from using public money to repair the roof of the Fgura church.

This inquiry is not going then to test the claim I make here and others like the parliamentary opposition, activists like Peppi Azzopardi, and academics like Andrew Azzopardi have repeatedly made elsewhere that the closet fascism coursing through the veins of our politicians and the tyrant they appointed to run the prison on their behalf has cost too many lives and is ruining – if that’s a word that can be used in respect of people in prison for their crimes – the lives of many others.

As Beppe Fenech Adami points out here this is beyond ridiculous.

The DOI statement that announces her appointment suggests that her resignation from the governance board was some form of good governance initiative. Of course, it would have been absurd to give the job to inquire whether governance worked to someone who was at the same time responsible for that governance. But it is no less absurd to remove someone from that responsibility only to give them the job to examine how well they did right up to the point of their removal.

It’s like asking Ian Abdilla, now he’s no longer heading the corruption department of the police, to examine whether Ian Abdilla did his job properly when he had been.

Byron Camilleri set up an inquiry that is limited to the job of assessing whether standard operating procedures to determine suicide risk in prison are appropriate. He wanted to make sure the answer to that question is affirmative. The best way to do it would be to ask the question to the person whose job it was to ensure those standard operating procedures were in place and did their job. He’s comforted by the fact Janice Formosa Pace is never going to write an inquiry report that says that Janice Formosa Pace did not do her job properly.

Of course don’t judge the opinions of someone by the views of her spouse. But perhaps in this case it is more than tangentially relevant. Janice Formosa Pace’s husband is Saviour Formosa, who teaches criminology at university. I never met the guy and I only know him from his few and far between public utterances. Here are two that expose the man as a fetishist admirer of men in uniforms.

In this depressed article written in December 2019 when Joseph Muscat, the man he implicitly acknowledges having admired before, had just resigned in disgrace when his government’s implication in corruption and the murder of the journalist who exposed it had become obvious to everyone, even the guy who teaches criminology at university and had until then been completely oblivious to it. 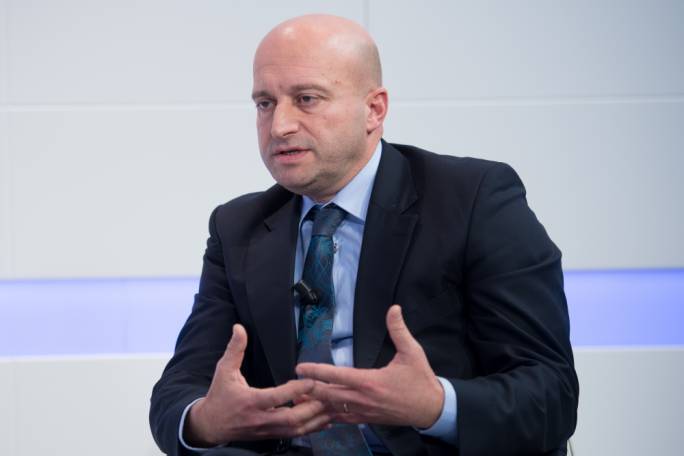 The piece, quivering, more breathless emotion than collected analysis, is a general assault on everyone he finds responsible for the collapse of Joseph Muscat’s government in 2019. He blames both political parties for corruption within their ranks because of course it makes sense to accuse the party that had been in opposition for 7 years by then for the crimes of Joseph Muscat. It gets worse. He blames European Parliamentarians, the Maltese ones for “undermining the nation” and the foreign ones for interfering. He blames protesters and activists because, you know, civil society is “tempered by political infiltration and the dubious past” of its members. Moi?

I say Saviour Formosa blames everyone like a Cassandra on the burning and falling walls of Troy but without the mitigating merit of having predicted any of the collapse beforehand. Naturally, however, he doesn’t blame himself and he exempts one other institution from the causes of the December 2019 collapse of Malta’s self-respect.

“It is time to stop demeaning and attacking the institutions,” Saviour Formosa writes, “time to let the entities work and deliver, let the police do their work and let the judiciary work in peace.”

The professor of criminology got that one wrong, didn’t he? Indeed, the failure of the police to do their work – as has long been known and now certified by the Daphne Caruana Galizia inquiry – was at the heart of the problems that caused the collapse of 2019. The cause of pushing out bent cops started days after Daphne Caruana Galizia was killed by the civil society Saviour Formosa accused of political infiltration and dubious past. If anyone had listened to Daphne alive or even protesters soon after she was killed, Lawrence Cutajar (and Silvio Valletta and Ian Abdilla and so on) would have been pushed out sooner and Saviour Formosa would have had less reason to whimper publicly.

Saviour Formosa assumes everyone is corrupt but not, God forbid, burly uniformed men.

A few months later he accused Repubblika of being prejudicial when it asked the police to investigate the army’s decisions and whether those decisions caused 12 people to die at sea over the Easter weekend of 2020. If Repubblika had rushed to form an opinion on that incident, as Saviour Formosa accused it of doing, the NGO did so while asking the police to investigate their assumptions. Saviour Formosa also had an early opinion on what had happened (that soldiers can do no wrong) and his line was that no one – not even the police – should examine his theory.

Read a report of Saviour Formosa’s comments at the time here. When choosing between versions of a story told by soldiers and by migrants, he was quick to decide the soldiers must be saying the truth and the migrants must be lying. Talk of extreme prejudice.

I don’t know what his wife will do but if this fetishizer of uniformed power were to objectively examine conditions in prison when he needs to choose between the private army set up by that other fetishist domina Alex Dalli and prisoners, dead or alive?

Byron Camilleri knows which side that die would fall on.

The chairman of the inquiry is its chairman, Anton Grech. Whatever his intentions he is one of three, hamstrung by terms of reference that will allow him to survive while his colleagues are kept happy.

And look, there’s the ultimate safety net for Byron Camilleri. Humphrey Appleby was concerned that an inquiry with unpredictable conclusions that might find his Minister, himself or his department responsible for any failure could cost him his job and the progression of his illustrious career. Because however ridiculous the world of Yes, Minister was, Ministers still feared losing elections if their incompetence became apparent and civil servants still feared for their careers if their Ministers’ incompetence became obvious to anyone other than themselves.

No such concerns for Byron Camilleri, Alex Dalli and the rest of them. Why should they ever fear consequences from an inquiry report that finds against them?

If the findings of the Daphne Caruana Galizia inquiry that found Byron Camilleri’s cabinet colleagues responsible for the assassination of a journalist exposing corruption they had been perfectly aware of fails to cause any of their careers to face a hiccup, how could an inquiry that finds Byron Camilleri responsible for the suicide of convicted felons cause him any cause for concern?

Perhaps that is why now’s a good time for an inquiry, Byron Camilleri thought. Prisoners be damned. Who can stop him now that his constituency gives him credit for the fact the roof over the Fgura church is watertight? As watertight as the prospects of his re-election.

Previous:‘Money is our power’
Next:Adrian Delia’s lawsuit against Lovin Malta is nothing short of SLAPP