Man, it’s Lord of the Flies out there. I barely look at Facebook anymore and I found it’s better for my health. I use an app attached to my blog to post stuff on Facebook because too many people still have the habit of only considering as news what comes up on their Facebook feed. And I will pop in and out when someone I know well has some reason to celebrate and to put in my own applause and rush out just as quickly.

I found it’s better for my health to stay, as much as possible, away from the madness.

Even a few weeks of ignoring it is enough to be surprised just how brutal things can get. Right now, there’s a lynch mob chasing cartoonist Miriam Galea up trees. She says she’s fine which I know from personal experience is what you must say when you’re being chased by a lynch mob. But this is horrible.

Same familiar names come up. There’s Georgina Cardona, quite possibly a fake name, a Madame Defarge or Monsieur Defarge in drag for all I know, who is so full of hate there can’t possibly be time for anything else in her or his life apart from the persecution of the projection of the demons plaguing her. Or him.

She is the masked high priestess of hate, an online Schutzstaffel, a witchsmeller pursuivant for these latter-day dark ages.

Another character, more likely to exist in the real word, is Rosario Baldacchino. Rosario is such an exquisitely appropriate name for the guy that thrusts the torch to kindle the fire under the stake.

I’ve seen these names before. I’ve seen them denounce ‘enemies of the people’ mobilising their ‘friends’ into online campaigns of hatred, intimidation, threats of violence, and oppressive insults. 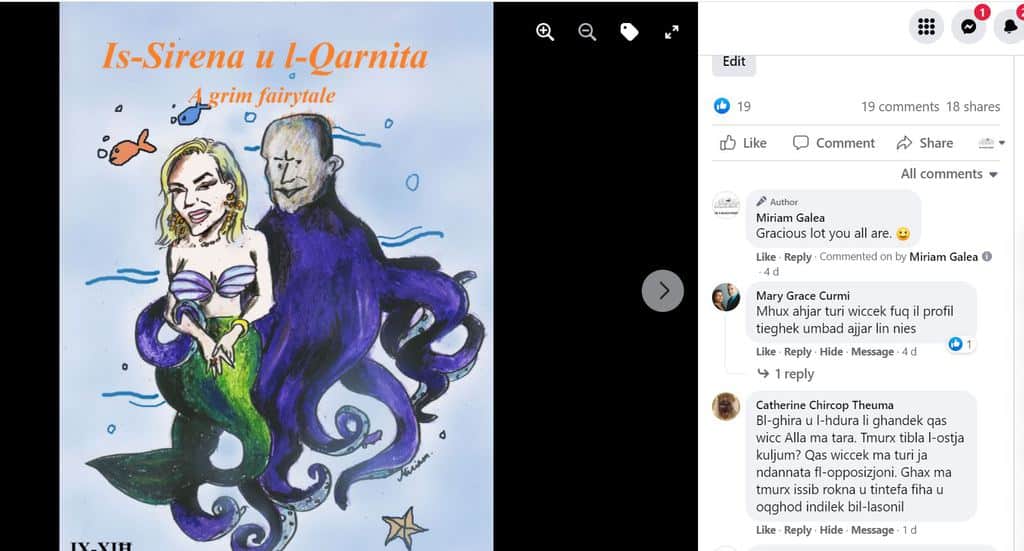 This, Georgina Cardona proclaimed, was an act of “dehumanisation”, a big word she first heard when looking for reasons to hate Daphne Caruana Galizia and thought it would be smart to throw back at the people she hated.

In a piece of wisdom that betrays the intellectual breath underneath the punctured pointed wizardly hood she wears, she mouths this chestnut: “dehumanizing is not allowed in cartoon art”.

Putting aside the fact that plastering Joseph Muscat’s face over the image of an octopus is an act of slander on cephalopods everywhere from baby calamari to deep ocean giant squid, and allowing for the sake of argument and without agreeing that representing politicians as anthropomorphised animals in cartoons amounts to ‘dehumanisation’, the question to Madame Cardona is “not allowed by whom?”

It is typical of the KKK to think they are imposing some law though they couldn’t for the life of them say where the law they have in mind is written.

Who doesn’t allow the depiction of politicians as animals in cartoons? And whose job is it to stop them, Georgina Cardona? You?

Incidentally, politicians as animals in cartoons is a time-honoured tradition in the art form. Read this BBC retrospective going back to the 18th century. And here are a couple of examples for Georgina Cardona’s delectation. 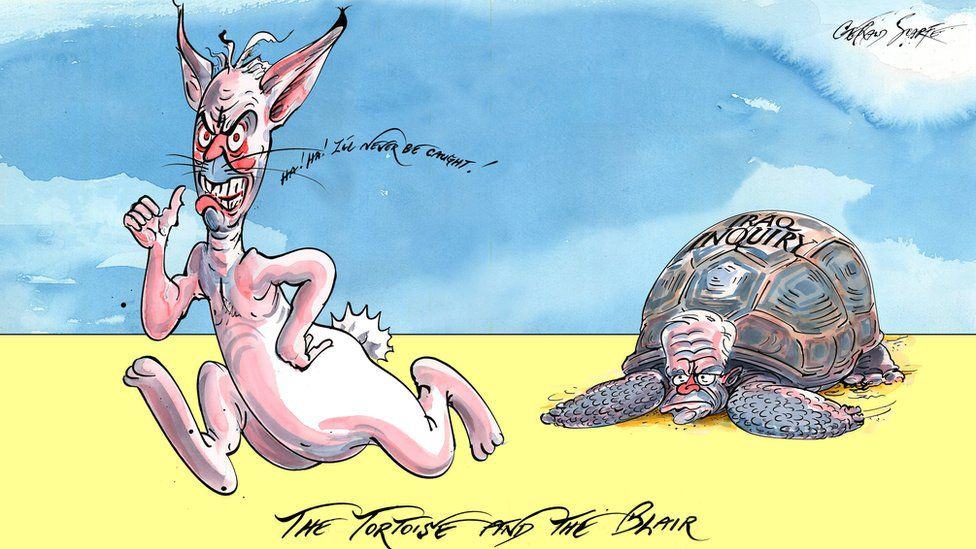 Mocking politicians, bursting their bubbles of pomp and exaggerated self-importance, is central to democratic life and you would know it Georgina Cardona if you had any inkling where democracy lived.

The only reason anyone would not want Michelle Muscat to figure in cartoons as a siren is because we are all expected to cheer enthusiastically as the empress (or is it former empress?) walks by looking like Kim Kardashian secretly gave birth to a worm from Eraserhead.

Imelda Marcos was not typically represented as a siren in Philippines cartoons during the evil reign of her husband. Until she was and her husband wasn’t reigning anymore.

Of course we should make fun of Michelle Muscat. Her mocking by cartoonists fends off our anger at being robbed by her husband partly to pay for her pathological vanity.

Criticising politicians is something politicians must accept. Most of them avoid being depicted as an octopus or a siren simply by avoiding working for the mafia or getting it to pay for their nose jobs and liposuction.

What should not be allowed in a democracy is the lynching of cartoonists or critics providing a service to democracy.

Facebook has enabled these Madame Lafarges of our brave new world. They have rolled out the guillotine and given them tumbrils to which to tie the witches they don’t approve of. Facebook has given these people a license to hate, to scream, to slander, to hurt, and if they manage in their objectives, to silence one way or another people whose opinions might crack the fragile delusions they prefer to suffer such as that Joseph and Michelle Muscat are some heroes of Maltese history.

I can only hope that Miriam Galea and others like her who get their turn to be chased up a tree by these vicious masked monsters will be as fine as she says she is. Because I dread to live in a time when no one is laughing at the fabulously weird, amazingly smooth, Joseph and Michelle, the worst plate of seafood since Odysseus’s seamen pulled wax out of their ears and threw up over the side of the ship heaving heaps of barely digested oysters.