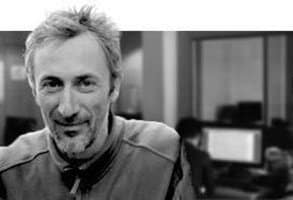 Read this editorial on Il Fatto Quotidiano by Alberto Vannucci.

“The lesson taught by Massimo Carminati is universal: ‘the world of the living and the world of the dead’ unavoidably meet, because in the ‘world in the middle people on the surface landscape need someone from the underworld to things for them nobody would’. This is true in Rome as in Malta, wherever corruption merges with already organised criminal bodies that are prepared to ‘organize’ and protect from intrusions and interruptions even the profitable handling of kickbacks”.

“But any accusation from the press, however courageous, is powerless if it meets no one willing to listen. The Maltese prime minister Muscat today declares that notwithstanding the criticism of the journalist ‘no disagreement justified a death of this sort’ – as if anyone can think otherwise. And yet, forced to resign during his term in the driving seat of Europe, right after the scandal broke, the present prime minister won the elections hands down. Pecunia non olet indeed. And if the circulation of tangenti allows, corruption can very well become currency in the elections market”.

“It turns out to be relatively easy for a foreign political-criminal group to move capital and interests so large as to effectively ‘colonise’ and control the political choices of a small country like Malta, that in the European context wields power out of proportion to its size. ‘We are a Mafia State … where exercising one’s own fundamental rights and freedoms is shattered’. That was the accusation of the journalist’s son and it doesn’t look like this was just a metaphor dictated by pain”.

Alberto Vannucci is currently a Research Fellow at the European University Institute and a Professor of Political Science at the University of Pisa.