Yesterday I wrote how a tribunal set up by law to review administrative decisions on immigrants was stuffed with political appointees close to the government. I argued how their proximity to the government (they are spouses, nephews, exes, and children of government Ministers and Labour party grandees) cancels the distance needed between the executive and judicial review.

The separation of powers between the executive branch and the judicial branch is made a joke if they are literally sleeping in the same house after work hours.

There may be a racist ambivalence out there about the fundamental rights of immigrants and therefore the incest between administrative decision makers and the judicial bodies entrusted to review them and defend human rights.

There may be ambivalence about the human rights of prisoners too.

Yesterday’s government gazette announced the appointment of the new monitoring board for detained persons. 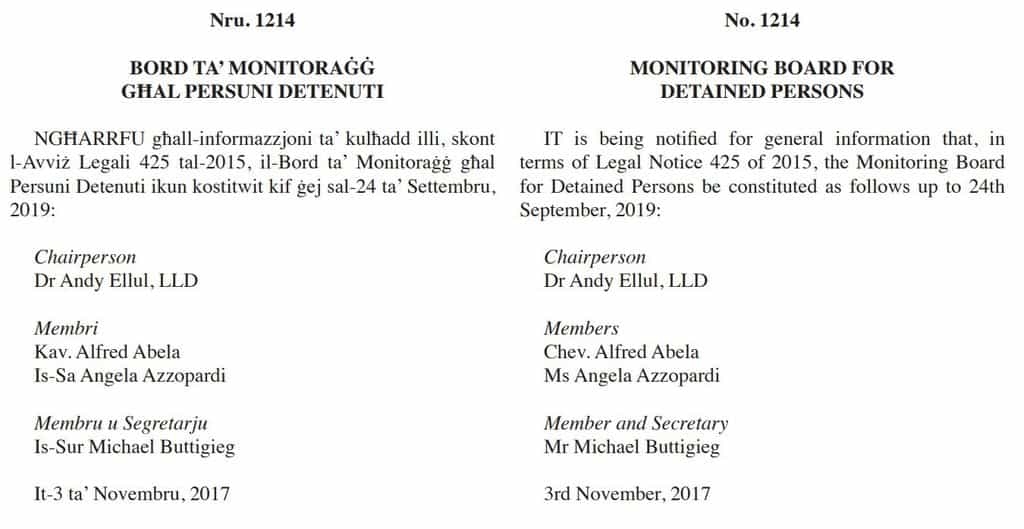 The Board has four members. Two of them are full-blown tagħnalkollers.

Andy Ellul is chairing the committee. Here is some background from a Daphne Caruana Galizia blog from February, 2016: “Ellul and his girlfriend Claudia Cuschieri, a former reporter with the Labour Party’s television station Super One, are now both on the state payroll in Michael Farrugia’s private secretariat (positions of trust). Farrugia, whose own girlfriend has been given a senior appointment as a director at Identity Malta, is the Minister for the Family and Social Solidarity. In March 2013, Cuschieri moved straight from Super One to the Office of the Prime Minister, and later moved to Michael Farrugia’s secretariat”. Michael Farrugia is now Police Minister. 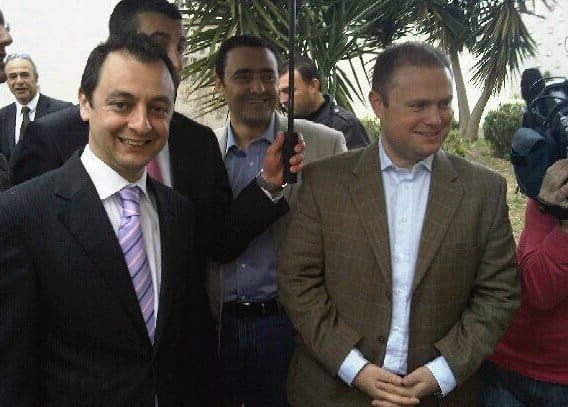 Alfred Abela is a retired policeman who Joseph Muscat appointed as chief security of the Labour Party and spymaster to hound any leakages. Here’s a NET TV background description of Alfred Abela from October 2013.

A prison monitoring board is not appointed to implement government policy. On the contrary it is set up by law under our obligations with the Council of Europe to make sure that any government policy that breaches fundamental human rights of detainees is independently uncovered.

Some may not care but inmates too have human rights and a society that suppresses these rights and prevents their protection is an inhuman society that is prepared to suppress the rights of people outside the gates of prison as well.

Labour starts out with the familiar corrupt notion of rewarding its cronies with iced buns. That’s unfair and discriminatory and demands objection. But it gets worse when the action appears to be designed to dismantle all checks and balances in our laws designed to ensure rights are universally respected, particularly by those with the power to throw away the key.

The Council of Europe periodically visits its member states to check for compliance with human rights standards and laws. A visit to Malta will tell them we have the right laws on paper for the monitoring of the conditions of inmates. But someone will need to tell them that the people appointed to implement those laws have every political and pecuniary interest to protect the government.

This here is what we mean by the dissolution of rule of law, the suppression of human rights, the corruption of the willing. This here is why our democracy has been transformed into a kleptocracy. This is not just about favouritism of cronies anymore. This is starting to hurt the more vulnerable among us.

Previous:Alberto Vannucci: Corruption kills another free voice
Next:Adrian Delia on his own assassination