McMafia: UK will ask Russian oligarchs to give account of their wealth

The UK government is looking to clamp down on Russian oligarchs using it to launder ill gotten gains. A report on the UK’s The Times discussed this with security Minister Ben Wallace in an interview provoked by BBC drama McMafia about sharp-suited Russians laundering millions in the UK. The story follows the money to its source, forced slavery and prostitution. 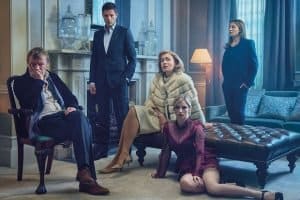 The UK Times reports “officials are preparing to use new orders, which came into effect this week, enabling them to seize suspicious assets until those under investigation can properly account for their acquisitions. Dozens of targets have been identified, with two test cases being readied”.

Ben Wallace, the security minister, told The Times that he wanted the “full force of the government” to bear down on criminals and corrupt politicians using Britain as a playground and haven. “When we get to you we will come for you, for your assets and we will make the environment that you live in difficult,” he warned.

The UK government estimates that about £90 billion of illegal cash is laundered in Britain every year. They’re not calling it l-aqwa żmien. They’re calling dirty money they need to get to the bottom of. 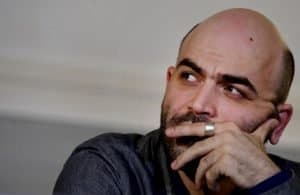 Roberto Saviano has in the past labelled the UK as “the most corrupt country in the world” for allowing its bankers and financial institutions to allow criminals and corrupt politicians from all over the world to wash money through it.

The fundamental issue here is in countries like the UK, Malta and Cyprus were this money is recycled we only see the very end of this criminal cycle. Far from our eyes is the crime, the corruption and the suffering of victims from whom these thirty pieces of silver are squeezed. Not asking where this money comes from is on our conscience so the question needs to be answered whether the question is being asked or not.

Money laundering has real victims. It allows criminals to enjoy the proceeds from the destruction of lives that they perpetrate at the expense of people we will never know.

We are morally obliged to remember that our humanity demands that we have moral obligations too.