The removal from the public record of an embarrassing court decision against a government official is a scandal in and of itself. 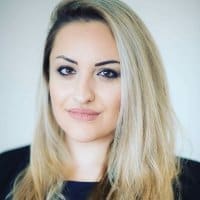 The stupid 19 year old girl who stole a credit card and went on a shopping spree is now a 28 year old woman around whom rules are bent and exceptions made just so she can make her way through.

The publication of court judgements on an on line system is not just a convenient paper-less library. It is an important part of what we understand by an open, democratic government.

On line access to court decisions ensures transparency in the administration of justice. It is the contemporary version of the public benches in the court room. It is the security we have as citizens that justice is served without fear or favour; that everyone is treated equally before the law.

Whoever went into the back of the court system and deleted the public record of the sentence against Yanica Barbara committed an act of administrative barbarity. They hid from public view the fair and equal exercise of the law.

Given Yanica Barbara’s extended role in Dar Malta in Brussels; given her very public friendship with Labour MEP Myriam Dalli; given how Labour MEP Marlene Mizzi jumped to her husband’s defence when his decision, along with four other judges, to allow Yanica Barbara to be warranted as a lawyer in spite of her record was criticised: we cannot but think that her proximity to Labour helps Yanica Barbara get her way.

She does not only have friends in high places. She has friends at some back office with a password access to the court justice system. Theoretically there should be an audit trail of the system’s use. There must be a record there somewhere of who and when was the court sentence against her wiped off from the record.

The Shift News today does the public service of publishing what has been removed. That’s good.

But the act of removal is an administrative abuse that needs to be investigated and appropriate action taken.

Again the issue of fairness comes into play. So many court decisions make unpleasant reading for so many people and none of them have Yanica Barbara’s friends.

Her willingness to use these friends to her own benefit suggests that the rule preventing people with a criminal record from obtaining a lawyer’s warrant may not be such an archaic indicator of character after all.

Previous:Jacob Rees-Mogg on Freedom of Speech
Next:REPLY: Statement by lawyer for Yanica Barbara and Thomas Sant