I think it’s safe to assume it isn’t a zombie.

The similarities between Jan Kuciak and Daphne Caruana Galizia were something to talk about for a while. Now the differences between Slovakia and Malta are a more obvious topic of discussion. The realities of the two countries are light years apart.

True they are both European democracies that joined the EU on May 1st, 2004 after emerging from regimes that were only democratic in name. And they are both countries where a journalist has been killed while investigating links between crime and politics.

But the way the countries are reacting to this common reality could not be more different.

Even now, five months later, not a bead of sweat has appeared on Joseph Muscat’s brow. If he were to look under pressure at any time you can expect him to react like Ash on the Nostromo, not human at all.

The penetrating grasp on power of the Labour Party is so deep-set that it is as impervious to protest and public anger as socialism was to the Hungarian Uprising and the Prague Spring. Ultimately, with no hope of change, acceptance of a state of being that cannot be helped is natural. On top of that is the contemporary religion of being positive in the face of facts that seems designed to drug people not just into ignoring what they cannot help but to even be grateful for it.

I will not rail in anger against a people unwilling or unable to protest against politicians who politically survive the assassination of a journalist. As much as groundless optimism is misguided so is wilful dejection and despair. Giving up on one’s countrymen gets one nowhere except the same destination of acceptance that one seeks so strongly to avoid.

The people marching in their great numbers in the streets of Bratislava were there because they felt they could bring about some form of change: that their efforts would pay off; that not being there meant that they would neglect a democratic responsibility not merely to make their complaint known but to ensure that political responsibility is carried. 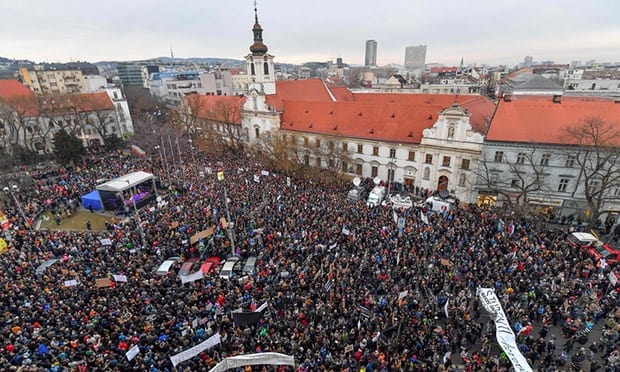 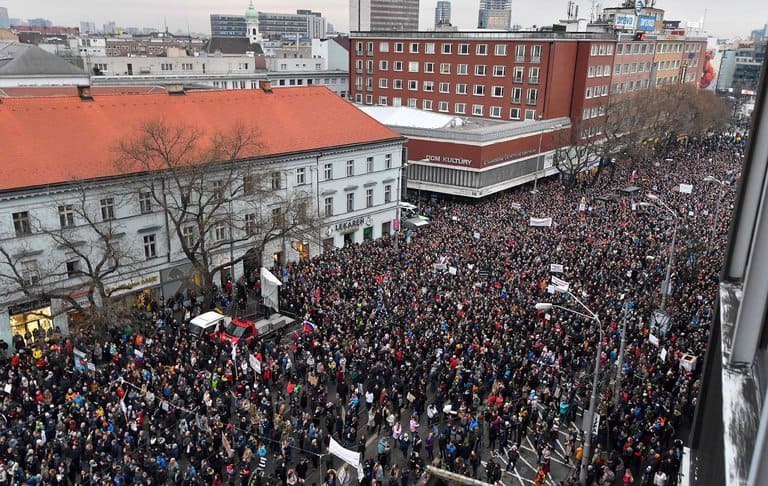 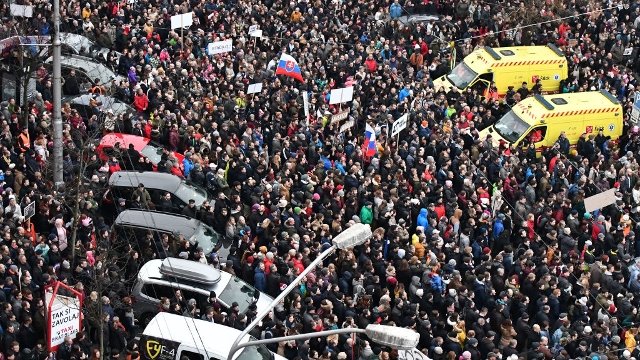 The people of Slovakia do not need lessons in the frustrations of surviving under a regime without political legitimacy. They need no lessons either in seizing the moment when the opportunity of change comes by.

Joseph Muscat has managed to generate an aura of infallibility that is only partly an illusion. He has planted trees and dug a reservoir of water where a mirage once was. His grip on power is real. It’s as if the emperor is now wearing transparent clothes just for laughs.

Consider the farce described yesterday by The Sunday Times of Rosianne Cutajar’s appointment to some invented title intended purely to boost her salary. She can now harangue critics as a professional harridan paid on a full time basis by the state.

An earlier Joseph Muscat would have gone through the motions of justifying the appointment as when he repeatedly confirmed Jeffrey Pullicino Orlando as head of a quango to compensate him for his online hissy fits.

In Rosianne Cutajar’s case, her appointment was discovered by accident, its designers confident no one would even care.

It’s a small example in the big scheme of things. After all confirming Konrad Mizzi and Keith Schembri in office without even pretending they are innocent of what they’re accused of is even more extreme.

Unlike his Slovakian colleague watching yesterday’s news quaking in his shoes, Joseph Muscat has nothing to worry about. He is unclouded by conscience, remorse, or delusions of morality.

Until a yellow sweat bud pops up on his brow.

Previous:Jeux interdits
Next:Why has the Police Minister not resigned yet? Take 2