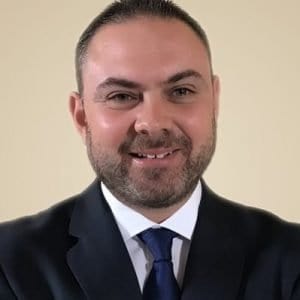 Yesterday I wrote that the manner of the removal of the court decision against Yanica Barbara from the public record ought to be investigated. Owen Bonnici stepped up and spared the need to investigate. ‘I did it’.

He ‘explained’ to the Times of Malta this was applying the legal principle of ‘the right to be forgotten’ which he instructed the court registrar to apply according to his discretion “because I trust him”. In later news reports it was confirmed that this “right” has been applied another 9 times.

Firstly the right to be forgotten has nothing to do with matters of public record. This stretch of the definition is beyond reason and certainly goes beyond the scope of the privacy principle because it completely undermines the public interest of the proper functioning of the administration.

Let me stretch this. By Owen Bonnici’s understanding of these rules, I could claim to be inconvenienced by the record held by the state of my birth. After all state-held documentary evidence of my birth is needed for anyone to be able to sue me, say, or for the tax man to collect what I owe. Obviously, a complete absurdity.

I could claim to be inconvenienced by documentary evidence held by the state of my marriage and ask for it to be purged. That way I can avoid the cost of alimony and divorce. What utter rubbish.

Then there’s the practical utility left in the public record of court decisions if this “right” is granted. Can you tell me who of the thousands who have their name appearing in a court decision against them – civil, and especially criminal – would actually seek this ‘right’ not to be exercised? Now that this ‘right’ has been put out in the public domain, I would not be surprised if the court registrar is this morning inundated with calls made by anyone against whom the courts have taken any sort of decision since 2001 to have that decision removed from the on line database.

This was never the intention of ‘the right to be forgotten’. Asking Google to remove your name from coming up on searches because someone 20 years ago sued you for owing them money is not the same as wiping away the decision taken against removed from the court records.

How will anyone look for precedent interpretations of the law by the courts if people involved in law suits have the right to have them forgotten?

This is administrative rubbish as well. The Minister delegated to the court registrar a power he does not have: to use his ‘discretion’, as he calls it, to decide on the basis of no criteria, published or otherwise, which cases are to be removed from the database and which are not.

How can this be? What fairness is it that merely whether the court registrar, who is accountable only to the minister and no one else, can decide whether something the minister – wrongly – acknowledges as a right is granted according to whether he’s in the mood to agree or not.

Also before the case of Yanica Barbara came to light, no one knew of this ‘right’ and this ‘scheme’ of getting the court registrar to remove their case from the record. How did Yanica Barbara and the other 9 we found out about today hear of this? Who told them? Why wasn’t everyone else told about it before now?

Public administration cannot work in whispers. It works in public without special favours to people “in the know”. At least it should be.

Finally the on line availability of court decisions is not provided to satisfy anyone’s curiosity. It is the 2001 equivalent of open doors in court rooms that ensure that justice is administered for all to see and therefore fairly and equally for everyone.

One cannot ask for the court room doors to be closed when they’re being heard for any silly reason or on the basis of the discretion of the court registrar. Sure there are objective criteria that may justify closed doors, and similarly redacting court decisions – to avoid minors being identified, for example – but the ‘discretion of the registrar’ never comes into play.

Why does it come into play in the electronic version of the judicial process?

Because the country is led by inept, corrupt amateurs who make it up as they go along. They exploit the public’s poor understanding of laws to justify their administrative blunders consciously undertaken to cover up their nepotism, partisan nepotism and suspected blatant corruption.

The question of whether Yanica Barbara should be allowed to practice as a lawyer has frankly become secondary. What her case has revealed about the way the state manipulates information in its possession to influence the processes and workings of the administration and the state have brought out the greater question on whether Owen Bonnici should be Minister for Justice.

And we know the answer to that one.

Previous:The eighth task of Asterix
Next:Two-thirds of not that much