When Joseph Muscat acquired a fast lane permit in complete defiance of the procedure set at law he wasn’t just giving himself VIP treatment and bragging to his wife that though he cannot change a light bulb to save his life he was a good catch after all.

He was reminding everyone how things work. If you’re in with his cult, a card-carrying Muscatista, you can get what you want when you want it. But be warned, his is the only party in town.

And you don’t have to be Muscat himself to benefit from this. 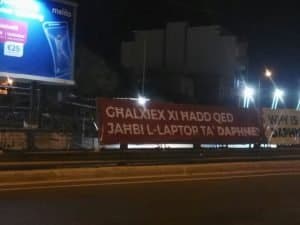 Take the banners hung last night by order of Joseph Muscat’s staffer Glenn Bedingfield, to imply, not too obliquely, that a family in mourning murdered their wife and mother.

They were stuck right where others had been removed the night before by the Police having only been put there by activists a few hours before. It’s us. We’re in. We’re Labour and the laws that silence you do not apply to us.

Think of how a banner in Old Bakery Street was struck down yesterday by Planning Authority enforcement within hours of its erection. 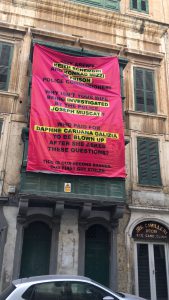 But a similar banner stuck to the façade of the Labour Party Club in Republic Street is still there, right where it has been for years. No difference, except of course the subject matter. The one in Republic Streets sports a Maoist portrait of Joseph Muscat and the lying slogan ‘l-aqwa żmien’. That can stay. The one in Old Bakery Street challenged the prime minister on his corruption. That one goes.

It is what the former chief justice named the ‘rule of delinquents’ in place of rule of law.

And that is what we have: delinquents running the show.

And they’re breeding a new generation.

Consider Pulse’s election campaign for the university students council. As it is, students – most of them anyway – have been remarkably ambivalent about what their elders are doing to the country they are going to inherit. I feel old telling younger people that it doesn’t really have to be like this. And that there were better, more hopeful, perhaps more innocent times. Perhaps I feel old because from their point of view I am.

Students seem to be accepting their fate as a given. And many are signing up to the only party in town.

Pulse, Labour’s university branch flush with the same mysterious money that props up the Labour Party, is telling university students theirs is the best junk on the block. (I’m not trying to speak hip. It’s just a 1990s metaphor).

So Pulse say it with roadside billboards. Because hey, that’s where our students are these days, stuck in traffic cruising on the fast lane. As far as can be ascertained the billboards are not in designated areas and they are not carrying permits on their backs. 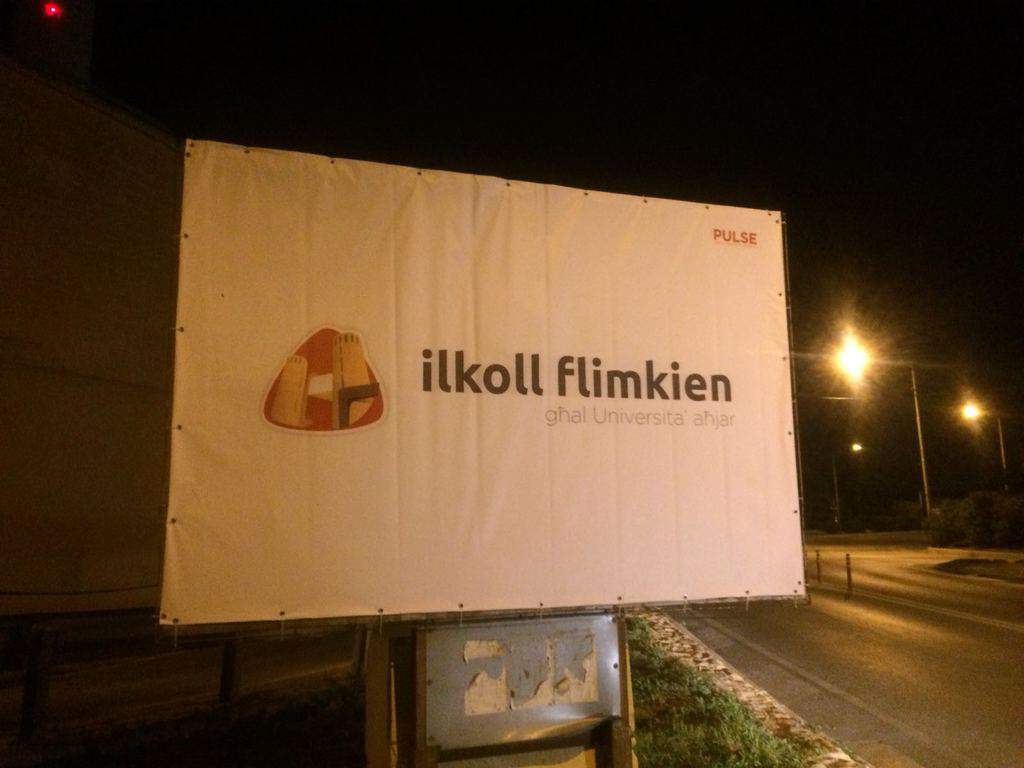 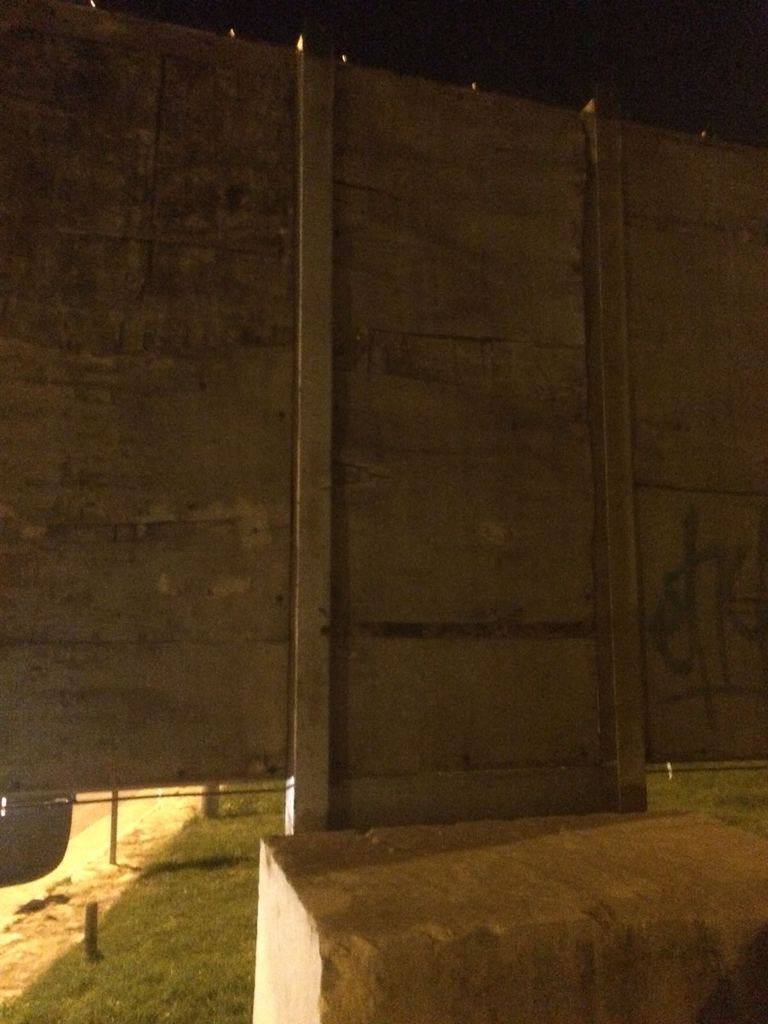 There do not seem to be specific planning applications or permits on the PA database either.

Now there may be some loophole somewhere that can be quoted to justify their existence. But more likely they will not even bother with that. Like the prime minister’s face in Republic Street they will grin back at us smugly reminding us all that the laws that struck down the #occupyjustice billboards just as they were put up are not applicable if you’re part of the student Muscanista league.