It looks like Chris Cardona may unilaterally withdraw the libels suits he had filed against Daphne Caruana Galizia for reporting he was in a brothel in Germany 14 months ago during an official trip there.

Libel suits are almost never unilaterally withdrawn. They are sometimes settled out of court when the parties agree on a compromise that usually would include some form of declaration retracting the story in whole or in part and perhaps an apology.

My understanding is that Chris Cardona tried to get this sort of retraction through his lawyers out of Daphne Caruana Galizia’s sons and husband when they took over the defence of the law suit upon her death.

They refused to retract the story in any way, shape or form. And they insisted in a court sitting they were present at around a week after their mother was killed that they have no wish for Chris Cardona to withdraw his law suits.

Chris Cardona is faced with the prospect of having triangulation data of his phone’s whereabouts, presently sealed in the Magistrate’s chambers, opened up, answering the question of where he was when Daphne said he was in a highway brothel.

The only alternative available to him is the withdrawal of the law-suit without any form  of satisfaction confirming his denial of the scandal.

The unilateral withdrawal of a libel suit is effectively an admission that the story was substantially and materially correct. He will be doing his best to remove that notion mouthing some inane verbiage about respect for the suffering relatives of Daphne Caruana Galizia which of course he has none of whatsoever.

Chris Cardona will be hoping that with this withdrawal the evidence which lies sealed in the Magistrate’s chamber is lost forever and he’ll be able to go about denying he was in a brothel that night without risking his political life or his professional warrant having lied to the public or even perjured himself.

So here’s my challenge to Chris Cardona now. If while withdrawing your libel suit against the Caruana Galizias you still want to protest your innocence, ask the Magistrate to preserve the triangulation data so that it can be used as evidence if anyone who has still not been bombed in their car were ever to allege that on a cold January night last year you had a cold shower in a brothel and paid money for sex.

I, for instance, prefer to believe that you were actually at the brothel and I might be minded to publish a story in that respect. Where would my defence be without the phone logs?

The case continues this Thursday. 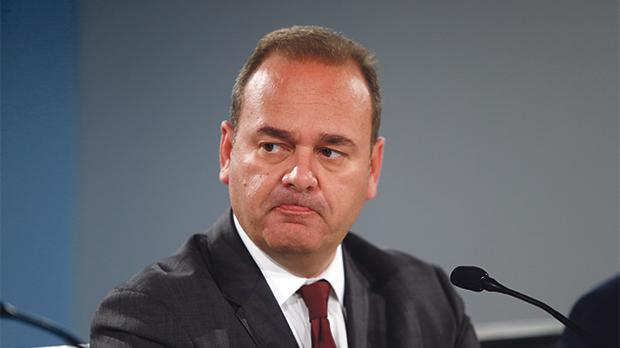