The courts of an EU member states have judged Malta an unsafe place for a whistle-blower and a witness to corruption at the highest levels of government.

The courts of that EU member state are right.

It is a relief to see Maria Efimova sheltered from the clutches of Joseph Muscat and his henchmen. Lawrence Cutajar, Silvio Valletta, Ian Abdilla, Brian Hansford, Glen Bedingfield, Kurt Farrugia, Konrad Mizzi and Keith Schembri could not wait to get their hands on her. The courts of Greece understood what that would mean. They decided Malta is a place where someone who stood up against these crooks ended up blown up.

I spoke with Maria Efimova after the court decision. She called me from the prison where she’s back to wait for her release procedures to be completed. She feels relief. She is looking forward to see her children whom she misses a lot. They still think she’s been on a very long holiday.

Her voice was bright. She feels safe. Things will be better now.

I spoke with Maria Efimova’s husband after the news, at home across the sea from Greece. He sounded like he was crying. With good reason. He could not be with his wife in the Athens court room today. He was alone taking care of their children. His wife comes back to them soon. He expresses his thanks to those who supported his wife. He said he is happy to note there are many good people in Malta. And there are bad people everywhere. The words of a man who could have hardly had a more sour experience of our country.

I spoke with activists who protested in front of the Greek embassy pleading for Maria Efimova to be protected. Many of them were crying. Over the last 6 months they got used to much: mockery, derision, trolls wishing them dead or worse. They most definitely are not used to feel their sincere pleas have been heard and reason and truth and honesty and sincerity and compassion and justice have prevailed.

None of them are celebrating today. It is a relief that Malta’s request for Maria Efimova’s extradition has been denied. It is a great loss for our government whose failure to ensure justice in this country has now been certified by the courts of another EU member state. But this is not a victory for anyone.

Our country’s name has been dragged by this government to its lowest point ever: to a point where the courts of another country feel they cannot trust the authorities of Malta to ensure equitable justice and the safety of witnesses. Expect the government to say again that this decision is the fruit of the treason of David Casa and of civil society activists.

We’ve been here before. When Joseph Muscat was confronted by the stated position of Members of the European Parliament and of Parliamentarians from all over Europe expressing the view that Malta is a dangerous place for Maria Efimova (and others) because of the government’s decisions, actions and views, Joseph Muscat said he does not care for the views of Parliamentarians. They count nothing to him, though he is one and has been for many years and demanded respect and attention when he was.

He said he would only pay attention if other prime ministers spoke to him.

Today he will say he does not care about what a Greek judge may think and he will push diplomatic pressure to have that decision overturned. He will say judges, like Parliamentarians, are insignificant to him. He will ignore them until other prime ministers speak to him.

They will because they will continue to hear the voice of those in Malta whose shame for the disgrace Joseph Muscat brought on this country right up to today spurs them on to protest, banners in hand, withstanding the intimidation they are confronted with as a matter of course.

They will place a flower and a candle every day. They will stay up all night working on the next protest action. They will hide the trolling and the insults from their children.

But they will not be silenced. Because as deaf to the truth as Joseph Muscat is, someone, somewhere is listening. And truth must be told for truth to prevail. 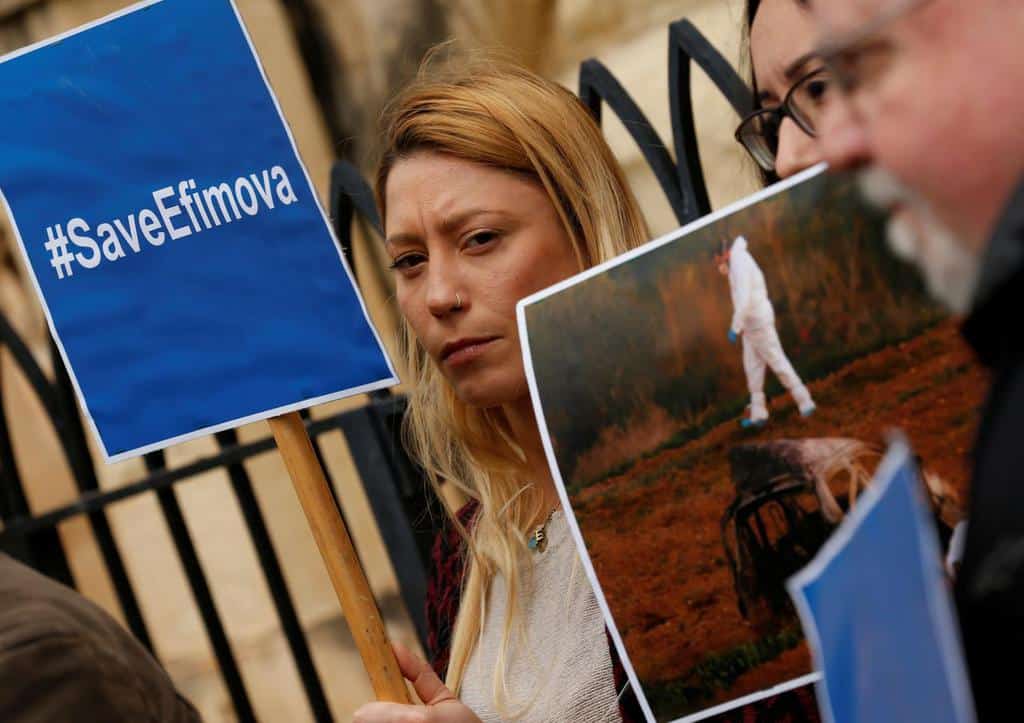 Previous:UPDATED: Vigils on 16th April, 6 months from the assassination of Daphne Caruana Galizia
Next:Don’t expect them to give up