I must also make reference to a highly questionable transaction disclosed in the audited accounts of Keith Schembri’s Kasco Holdings Limited for the financial year ended 31 December 2016.

An amount of Euro 2,609,453 is showing as a third party loan receivable, that is, a loan made by the company to a third party.

The note on this loan states that this loan was paid back to the company after the year end, that is, after 31 December 2016.

No such loan existed in the previous year. This means that the company gave the loan before the end of 2016 and was repaid immediately after.

This, in accounting/auditing terms is a highly questionable transaction and unless clear details are given as to the beneficiary of this loan and the purpose for which it was given on such a short term basis, it could reflect a possible money laundering transaction.

Obviously, an explanation from the company’s director who is Keith Schembri’s father, or from Nexia BT, who are the auditors, may never be credible.

Perhaps the FIAU may take some interest to investigate the source of the funds received by Kasco as well as the destination of the loan. 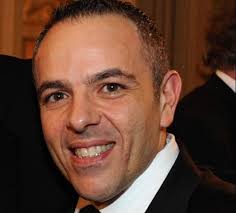 Previous:Joseph Calleja: ‘I am a professional’
Next:Last night outside Drapers’ Hall, London