A tale of two ratings agencies 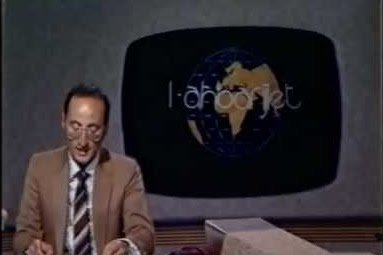 Well not really. It’s a tale on how TVM, the national broadcaster covered statements by Standard & Poor’s and Fitch.

First a disclaimer. Joseph Muscat has legitimised the logical fallacy of tu quoque. Being told in retort that I too covered the two statements differently does not hold water. I am not a news service. I do not recommend to people to rely on this blog exclusively for information on what’s going on. I habitually cross-refer to other media organisations, most frequently Times of Malta that is normally the most complete and balanced newspaper of record around.

I will not repeat here what you can read elsewhere. And I make no pretence of separating facts from comment. This is a comment website, and my bias is my own.

TVM is different. It is a news organisation funded by the state for the express purpose of providing the public with impartial news. It is regulated by a broadcasting authority set up by the constitution and tasked to ensure the impartiality it is required to be governed by.

For many people, it is the sole source of information, and even for many who obtain information elsewhere as well, it is trusted to be an impartial source.

Which is why when it abandons that mission it betrays the trust of the constitution but, more importantly, of vast chunks of the population who depend on it.

Not that it minds.

Consider then the reporting of the two ratings agencies reports.

First came S&P’s that downgraded Malta’s rating out of concerns on its banking regulation. The day the statement was published TVM ignored it. The next day it incorporated it in a report of the statement of the Central Bank and the MFSA managing to report the positive spin put on by the government, bashing the observations of the international rating agency into irrelevance.

On the day the S&P report, front page material for all independent media, made it in this camouflaged form to the 18th minute of the 8 pm broadcast, after the halfway break that kills most viewership.

A couple of days later comes the Fitch report that makes no changes to Malta’s rating. It does not downgrade Malta’s rating nor does it upgrade it. It leaves it untouched which is interesting but certainly not as newsworthy as a change in either direction.

That news was reported on the day of the statement. It was already the second item on the 12-noon news report, very soon after the announcement was issued. That night’s 8 pm report was covered in the headlines and was being reported fully 4 minutes into the news.

This is not nitpicking. This is the manipulation of public opinion and the organised orchestration of a lie. It is institutionalised misinformation.

Of course, the fact that the Broadcasting Authority is composed of equal representation of both political parties has something to do with what’s going on. What used to happen was for both parties watching closely TVM coverage and protest and put pressure when the individual biases of people in control at TVM skewed news in one direction or another.

But the PN appears to have abolished the practice unilaterally allowing TVM to hide from the public news that might cause public concern on the government’s performance.

In the meantime, whatever interests might be conditioning the PN to act this way, our community continues to exist in this stasis of formalised lies where what is written on this website is branded false, and the lies this machine is feeding everyone are doctored to look like truth.