There isn’t much substance to Martin Scicluna’s article of today. He quips that any examination of the small fraction of the Egrant inquiry is the work of loony flat-earthers. He is amused by his joke and spends the next 1,000 words laughing at it.

Incidentally, flat-earthers are people who take what they see at face value and refuse to look beyond the obvious to get a deeper understanding of reality. The face value view of the world, if not given much thought, is that it stretches as far as your eyes can see. Beyond that, there’s a drop into the void.

If you refuse to accept what your eyes tell you, if you challenge common sense knowledge, if you create scandal by shaking off accepted dogma, then you might break yourself free from the back wall of the cave and have a short walk to face the blinding light outside.

Martin Scicluna makes no critical assessment of the fraction of the inquiry that has been published. Judging at least by his article of today he has not even looked at it. He has accepted it as received wisdom, a dogma handed down by divine inspiration and he accuses any of its critics of a latter-day form of heresy.

That, Mr Scicluna, is not how democracies work. It is not even how elementary school works after religion class. It’s how the inquisition who pointed Galileo to the stake worked.

It is so much easier to lie than to argue for the truth. But unlike Martin Scicluna, I’m not going to chase the easy.

It is a lie that the Egrant matter has been settled by a judicial process. A magistrate’s inquiry is not a judicial process. It is the collection of evidence that is dependant on the services of the police and the attorney general’s office and the formation of an opinion that the attorney general has the discretion on whether to act upon. Witnesses are not challenged or cross-examined. The process is held behind closed doors. Its completion is at the discretion of the magistrate who works as a compiler of evidence. He is neither an investigator nor a judge.

Above all if it were a judicial process it would be subject to review at an appeal for no judge is considered infallible and her decisions unquestionable.

Calling people who would examine the findings of an inquiry flat-earthers perpetuates the lie that anywhere in our law there exists the notion that the magistrate’s inquiry is the last word on anything. If anything it is the first word on something.

Should the magistrate have found sufficient grounds for prosecution or further investigation that would not have been the last word either. The suspects would still be presumed innocent until proven guilty in a proper judicial process. And even that would be subject to appeal no matter the outcome.

It is a lie that failure to find evidence of Michelle Muscat’s ownership is proof this was a conspiracy to frame her or her husband. And that needs breaking down.

First, the statement that there was no evidence Michelle Muscat owned Egrant is a lie. The magistrate found the evidence there was insufficient on its own merits and defeated by contradictory evidence. It does not make it inexistent.

The most prominent reason for the magistrate’s view that the evidence is unreliable is that signatures appearing on documentation he was provided appear false according to expert opinion and are disowned by the alleged signatory, Jaqueline Alexander formerly of Mossack Fonseca.

I have shown on this website cases involving Mossack Fonseca and Jaqueline Alexander where signatures and documents were intentionally forged, and others were forgery was discussed and not committed, fraudulent backdating of documents, documents deliberately kept outside the electronic records and so on.

These facts — and they are facts, not the febrile imagination of conspiracy theorists — do not in themselves prove Michelle Muscat owned Egrant. They challenge the basis on which the evidence that she did has been refuted.

I have shown on this website cases involving Mossack Fonseca where the company could not know who really owned the companies they registered. Indeed for 75% of their companies, they relied on their intermediaries for that information, in this case, Brian Tonna himself. On his credibility rests the evidence the company is his. I have also shown how knowingly Mossack Fonseca provided fraudulent documentation to prove the ownership of a company to belong to someone other than the real owner.

These facts — and they are facts not the febrile imagination of conspiracy theorists — do not themselves prove Michelle Muscat owned Egrant. They challenge the basis on which the evidence that she did has been refuted.

Third, it is a lie that from the determination of the magistrate that the claim Egrant belongs to Michelle Muscat is false one can necessarily infer that those who alleged it conspired to frame her or her husband.

Such a thing would be untrue even if this were a judicial process. Unless it can be shown that someone has perjured themselves, a witness for the prosecution is not imprisoned if in spite of their testimony the defendant is acquitted.

People seem to picture in their head post-apocalyptic neo-mediaeval barbarity in our judicial processes — though this one was not — where a witness and a defendant fight to the death to determine guilt or innocence.

The partners of Mossack Fonseca, many of its employees and many of its intermediaries are being indicted all over the world for serving as accessories to tax evasion, collaborating in fraud, and committing industry-scale money laundering. On their credibility and testimony rest the reasons for discrediting the evidence that Michelle Muscat owns Egrant.

As people committed to the rule of law, we accept that that does not entitle us to replace the judicial process and commit acts of vigilante justice. However, our commitment to the rule of law in no way obliges us to accept received wisdom without challenging it. And there’s plenty to question here.

Possibly some of these questions might be answered by a full publication of the report. My suspicion is the opposite is true, but I would have to reserve judgement.

Perhaps, unless he is going to hold on to the idea the earth is flat, Martin Scicluna too should reserve his judgement, such as it is. 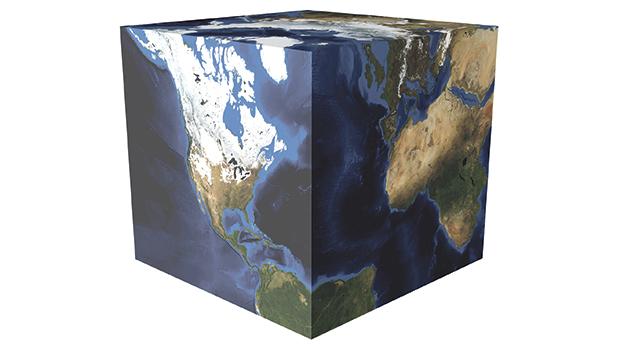