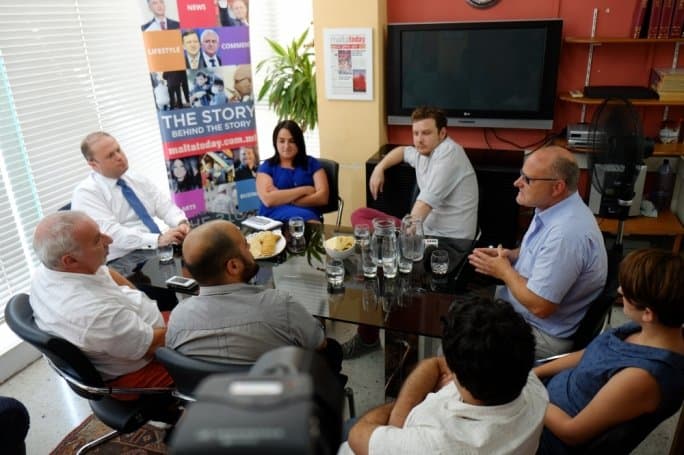 One of the many confusions that need to be cleared up is that the Egrant inquiry was not requested by the prime minister as would have been his prerogative to do under the special law regulating inquiries.

Instead, the prime minister, out of line of course, had the police chief request a magisterial inquiry with terms of reference drawn up by the person who was supposed to be investigated by the inquiry: Joseph Muscat.

What’s supposed to happen in these sort of cases? The inquiry is conducted under strict secrecy and is sent to the attorney general under strict secrecy. The attorney general’s first job is to assess the inquiry for completeness, whether all the right questions were asked and all the corners looked into. If not his job is to send the inquiry back to the magistrate with his own questions for clarification or further inquiry.

This did not happen in this case. It can’t have happened. The time it took for the report to bounce from the magistrate’s office to the attorney general’s to the prime minister’s was less than it would take you to carry a printout of the report between the buildings.

Once again the attorney general has been neglectful of his duties and preferred instead to serve the interests of the prime minister whom he appears to consider as his client.

The prime minister took out the juicy bits and rammed them in people’s faces. To break any hard heart in the room, he cried. This is now the official story. Whosoever shall doubt it, is a flat-earther.

The next phase of the strategy was those syndicated interviews by Michelle Muscat and by Adrian Delia double daring anyone to say what again with a 37 magnum pointed to their head by an angry gangster.

We’re now in phase 3 of that campaign.

Malta Today is carrying ‘exclusive’ stories supposedly emerging from the 97% of the report that has not been published in a mopping exercise of removing brains from the back car seat and covering what’s left with old blankets.

No doubt Malta Today considers what it does as journalism. It does not claim to have seen the report itself or that it has somehow obtained a copy. Instead, as we all of course realise, it is having a conversation with the subject of the report and his henchmen, and publicising his selections of what we should be knowing.

I’m not sure the attorney general had the foresight to anticipate what is happening now. Experience has shown that thinking a few steps ahead is not his strongest suit. You’d have to wonder if he feels stupid refusing calls to publish the full report and arguing his objections in court insisting on the integrity of future investigations, while Joseph Muscat churns out choice bits through Malta Today.

Peter Grech lacked the integrity of reviewing the report fully himself before sharing it with its subject. Joseph Muscat and the word integrity do not fit in the same sentence. Saviour Balzan lacks the integrity of insisting that if he is to be told bits of what is in the report, he will first need to see the whole thing so can verify that he is not serving anyone’s interests but his readers’ when reporting.

Instead, these players volunteer in the manipulative game of this Napoleon of crime. Because you see, selective information is nothing short of a lie. If I were to know a hundred things and only let you find out ten of them, I’m making a choice on what ninety to withhold. That’s a lie.

All professionals who are allowing themselves to be used in these machinations should consider what they have allowed themselves into.

Consider how the personal lawyers of Joseph Muscat, Keith Schembri, Konrad Mizzi and the others of the Panama Gang could not be bothered to file an appeal to the constitutional court’s decision to have Judge Antonio Mizzi — spouse of a Labour MEP — removed from deciding the Gang’s appeal from a court order for them to be investigated on their Panama imbroglio.

Because stunningly Peter Grech did it for them. It was just a delaying tactic of course. Antonio Mizzi is counting down to his last birthday in office and a nice retirement party. But while the appeal from the decision on his removal from the Panama case is heard, more months pass for the evidence to continue to be suppressed and the suspects to get away from it. Compliments of the attorney general of your Republic.

This too is why it is no exaggeration to call this a Mafia State.