EU Commissioner: “worries about the origins of the wealth of Russian applications for Maltese citizenship”

The Financial Times yesterday reported on the expected “Brussels crackdown on EU governments” on citizenship for sale scheme with a particular emphasis on Malta “as concerns mount about so-called dirty money from Russia”.

Commissioner Vera Jourova was explicit. “In cases of any doubt, a person should not have the privilege of citizenship,” Ms Jourova told the Financial Times. “We have no power to ban such a practice but we have an obligation to put high requirements on the member states to be careful. They are granting citizenship for the whole of Europe.”

“It is a big concern when a Russian citizen who has worked his whole life in middle or senior management suddenly has the money to buy citizenship in Malta”.

The Maltese government has not been commenting on the hardening tone on Malta’s citizenship for sale scheme and its agent Henley & Partners have also broadly remained silent the last several weeks.

Henley & Partners was named in a UK Parliamentary committee interim investigation report as having worked with Cambridge Analytica or its parent company SCL Elections in jurisdictions were passports are sold.

The Maltese government has called “lies” references in the report that this may have happened in Malta. 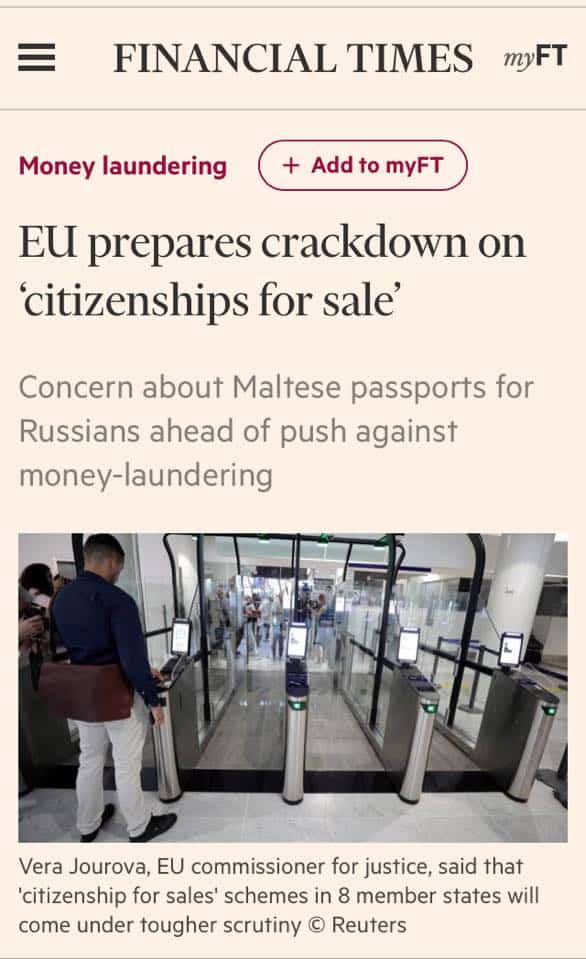