A review of the Egrant inquiry conclusions (Part 1)

This analytical series is by Godfrey Leone Ganado: 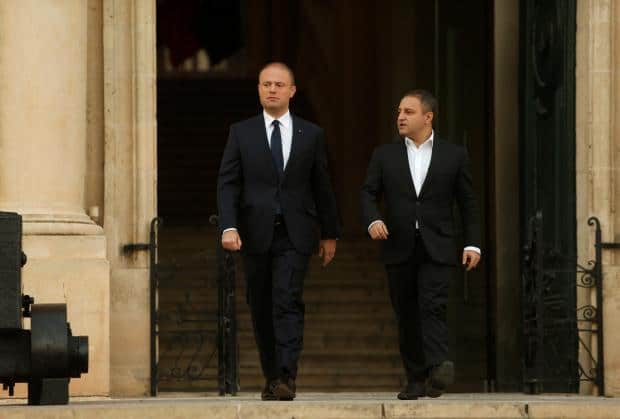 I am analysing the 50-page conclusions out of a 1,500-page report. I am doing so without the benefit of the publication of the full report. That remains by design the exclusive privilege of the Prime Minister, to enable him to state and twist whatever he wanted without giving the public the benefit to challenge the detailed contents. In any case, the contents were drawn up with terms of reference written by himself and made very restrictive to ensure that the allegations made by the leading investigative journalist are found to hold no grounds.

I must also factor in the fact that the person making the allegations was denied the opportunity of defending her allegations, as she was heinously assassinated in a car bomb five months before the report of this prolonged inquiry was published.

The Commissioner of Police received a report from the lawyers representing the Prime Minister, in which they asked him to investigate the allegations which the journalist Daphne Caruana Galizia made in her news blog in an article titled “Declarations of trust in Pilatus Bank safe: Egrant Inc shares held for Michelle Muscat”.

It is important to highlight that the Article is the basis of this inquiry and, it was fully reproduced as part of the report.

I intend to comment on each conclusion with the background of her article titled: ‘Declarations of trust in Pilatus Bank safe: Egrant Inc shares held for Michelle Muscat’.

It is ironic that Daphne Caruana Galizia is referred to as ‘the journalist’ by the lawyer representing Joseph Muscat, when this same lawyer, had used the argument that ‘Daphne was not a journalist’ in a libel case against her in court.

The first restriction used by Joseph Muscat in setting the terms of reference on the ownership of Egrant is in narrowing down the inquiry to corruption and/or money laundering transactions and/or suspect financial transactions arising through accounts held by Politically Exposed Persons from Azerbaijan and through bank accounts held at Pilatus Bank.

The limitation here is ‘through accounts held by Politically Exposed Persons FROM AZERBAIJAN, and through bank accounts held at PILATUS BANK’.

This restriction immediately excludes transactions falling under the following categories:

I suggest that to understand why all the above categories have been excluded, you refer to my article in Manuel Delia’s blog on 10th August, titled ‘The investment adventures of Keith Schembri and Aaron Bugeja’s conclusions’. This article highlights that in the FIAU report on Keith Schembri/Adrian Hillman, most of the transactions having a potential element of money laundering were carried out outside the Pilatus Bank ambit and therefore without the possibility of having recorded data conveniently distorted.

Previous:Polite conversation
Next:German musician quits Malta, alienated by corruption and the murder of a journalist