The Bishop of Gozo, Mario Grech, has engaged lawyers to threaten a UK Catholic blogger who commented on allegations already reported by Malta Today in 2015 with criminal and civil action.

The report concerns the case of Gozitan cleric Joseph Bezzina and the allegation Bishop Mario Grech shielded him from any consequence after allegations of abuse of pubescent boys. The blog by Catholic writer Mark Lambert, says the dossier about Joseph Bezzina’s case has “disappeared”. 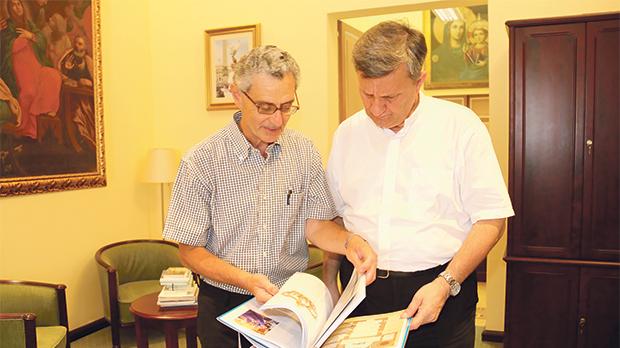 Mark Lambert’s report also refers to the case of Dominic Camilleri that was convicted by a Malta church tribunal in 2003 but had still not been defrocked by 2015. This was covered in a Malta Today report by Jurgen Balzan from the time.

The blogger says these cases, and a claim by members of the Gozitan clergy that accuse Bishop Mario Grech of “professional misconduct”, raise uncomfortable questions about the Gozitan curia’s commitment to take action on child abuse.

In a letter to Mark Lambert, Mario Grech’s lawyer denies the allegations and threatens “civil and criminal procedures” against the author.

Mark Lambert contrasts the Gozo Curia with Malta’s, headed by Archbishop Charles Scicluna, who is rumoured in Catholic circles to be dispatched to Philadelphia to look into the situation there after a damning report by the state authorities revealed rampant child abuse by more than 300 priests on at least 1,000 victims over the past 70 years.

“Priests were raping little boys and girls, and the men of God who were responsible not only did nothing: They hid it all,” reported the grand jury in Philadelphia.

And, judging by the denied reports on Gozo’s diocese, the smaller island might be the right place to start.