Sent in by card-carrying members of the PN known to me: 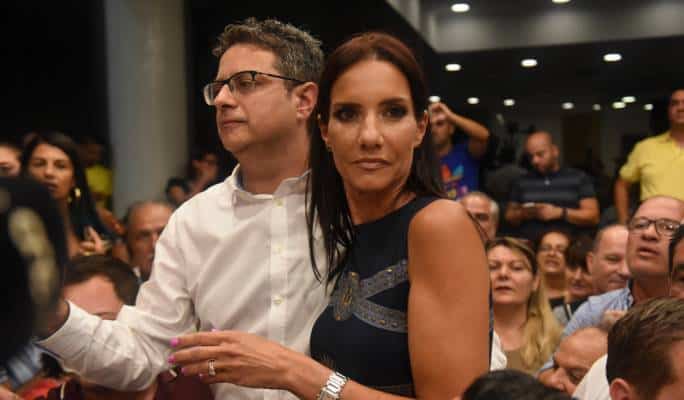 In Malta, the wife of the leader of a political party does not have any political role. We are not the United States of America, we do not have a presidential system. We follow the UK system, which is why we do not have First Ladies, contrary to what some may believe.

The wife of the leader is just that, the wife. If we’ll ever have any women leaders, their husbands would be just that, husbands. (For the purpose of this post, we shall stick to the reality that we know, so please don’t take it as political incorrectness.)

This does not mean that a spouse is politically inconsequential. Far from it, as any campaign manager will tell you, the wife is considered to be extremely important in politics. She is the one who sleeps with the person who has to take the most crucial decisions for the country, and she is the last one to speak to him. The leader of a political party can sit down for hours on end discussing strategy with his team, but at the end of the day he will go home and the last discussion will be with his wife. In the morning, that last conversation may change all that had been planned.

For this reason, whatever the spouse does, is seen to be part of a political strategy. This is why I think it is high time that as Nationalist Party tesserati, we demand answers.

Dr Delia’s wife this week gave an interview to it-Torċa, the labour party rag. This was a first. Never before had a spouse of a party leader gone to another party’s newspaper. Michelle Muscat never gave an interview to in-Nazzjon or il-Mument. Mary Fenech Adami, Kate Gonzi and Kristina Chetcuti never went to it-Torċa or l-orizzont to give their opinions.

You would think that if the wife of the PN leader had something to say, she’d go to NET television or Radio 101, or to the party’s papers. The fact that she didn’t raises eyebrows and we need an explanation because we are shocked.

However, if there was no strategy at all to it, and Dr Delia’s wife simply woke up and decided to have a chat with it-Torċa, then it’s equally worrying. Because nothing more than going to it-Torċa, the very paper which is daily flooded with attacks against our own people, shows that ours is a party in disarray.

We, the tesserati, therefore are asking questions. We need answers. Dr Delia, don’t think that we have not noticed this it-Torċa interview or that we are going to forget it. We won’t. We cannot follow a leader whose wife seems to be more comfortable in the company of the corrupt.