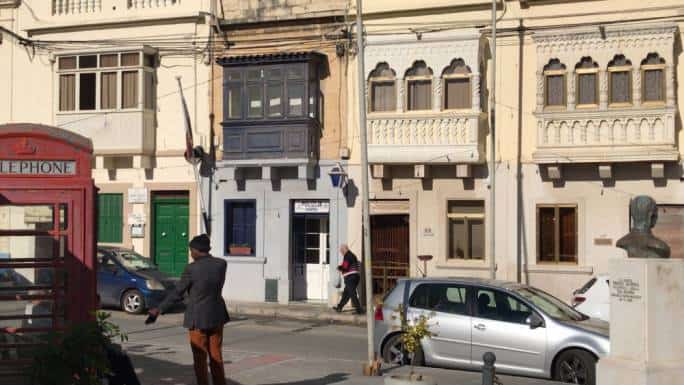 The story of the migrants paying €200 a month for a shared cowshed set people talking about racism. And of course, there’s a lot to be said about that. Aditus Foundation spoke to Times of Malta suggesting there could be more to the story and urging the authorities to investigate possible slavery and human trafficking.

I’m going to take the migration out of the argument for a pause for thought.

A few months ago a real estate businessman described what €250 a month in rent can get you in Malta these days: an underground garage with no windows and a bucket for a toilet. You have to bring your own cardboard unless you want to sleep on the concrete floor.

Now we know what a rung down that property ladder gets you. For €200 a month you share a cowshed on a disused farm, you use the drains of the cow cages for your toilet and you sleep next to everyone else.

The picture described this morning is Dickensian. But for the residents there, the situation tonight will be worse. Most are still wandering around the country looking for a place to crash. The beach is out of the question because the police pick you up. Many have already paid all they had in their pockets to their cow farmer turned landlord. They are broke and, quite literally homeless.

Migrants are obviously among the most vulnerable in the community. It is no surprise they are at the bottom of the poverty bowel and the first to face homelessness or as near as it gets to homelessness without squatting.

But that bottom is an indicator of what the supply is like out there for the down and out. It is not just migrants who live on less than the minimum wage; who do not have a stable record of paying national insurance; who have no family to scoot and let them crash on the sofa until things get a bit brighter. These are not particularly African immigrant situations.

I don’t know what a shed on a cow farm retails for. That sort of thing does not come on the market often. But if you apply a typical price-to-rent ratio for a rich city like Los Angeles, California, a buy-to-rent investor should expect to pay €92,000 for that shed if they’re going to charge €200 a month to rent it out. That’s neither here nor there because cow farms used by people will be shut down.

Apply the example of the €250 a month underground garage and on the same ratio, you should expect to buy it for €114,000. For central areas in Malta that is far from unheard of. Of course, underground garages with toilets are also not supposed to be used for residential purposes but we haven’t heard of any enforcement action on those yet.

Whoever is paying these lowest rates for the most miserable living conditions is also earning the most miserable salaries. Aditus warns of slavery, of payment rates well below the legal limits. Even assuming the lowest permissible minimum wage of €747, a €200-€250 rent verges on the unaffordable.

A landlord should typically expect your annual income to be at least 40 times the monthly rent. By that index, the minimum wage leaves you €224 euro to pay in rent, just about enough for the cow-shed. The underground garage is luxury.

Of course, when you have very little, essentials take a bigger share of your meagre budget. Whether you live in a palace or in a cow-shed you need to eat and you need detergents to wash yourself, your clothes and your living space. If your spending budget after rent is of €125 a week, things are really desperate.

That’s about €10 a day for your three meals a day and hopefully, you don’t have any other mouths to feed. We’re not going to discuss if you need medication.

This is urban poverty. And it hits the most vulnerable. It applies to everyone who falls outside the net.

Now I can bring in the immigration argument. Migrants risk their lives for this: a disposable income that in their case is further eaten away because they need to send money home to the family who saved up to pay for their journey here.

You’d have to wonder how difficult things were for them to risk everything to run away from what they had, to come to this.

Picture is by Malta Today

Previous:What about that Skype call to Panama then?
Next:GUEST POST: Card-carrying PN members ask a question of their leader