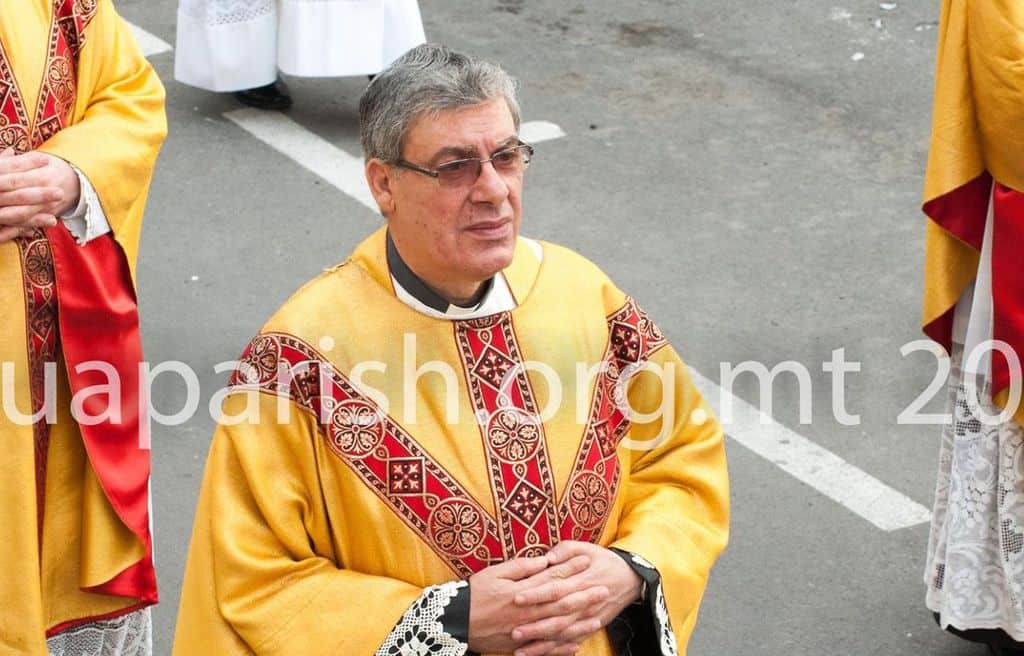 Felix Cini, convicted in 2004 in Italy for molesting 17 children and caught downloading child-porn on his computers by the police, has been permitted by the Maltese Curia to say mass at Bormla parish “on special occasions”.

These photos are from the mass and procession of this year’s Pentecost where Felix Cini and other priests led children who had participated for the first time in the communion ritual. The photographs carry the watermark of the parish church. 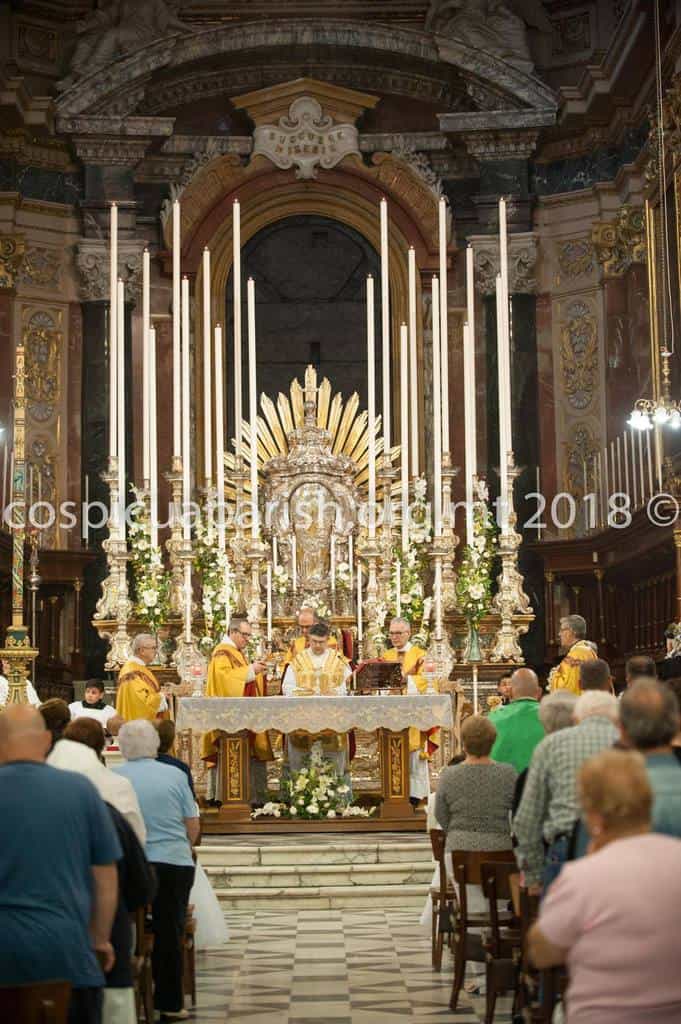 Felix Cini is on the right.

In 2010 Felix Cini was chased out of another Italian parish when parishioners learnt of his conviction six years earlier. Protests by parents of young children in the parish of Cercemaggiore in the Molise region forced the Vatican to order Felix Cini away from the parish to work without any contact with children and young people. 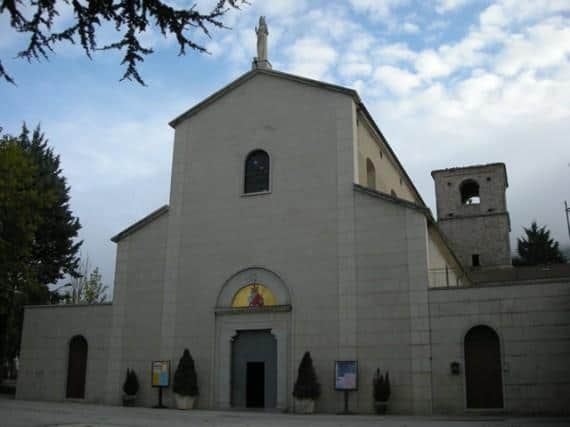 At the time (2010) the story of Felix Cini made the news in Malta and the Maltese Curia emphasised the priest had not been in Malta since his 2004 conviction and he had only served in Malta “for less than a year between 1995 and 1996”. The Curia insisted with The Malta Independent on Sunday at the time Felix Cini “is not a member of the Maltese Diocese and does not fall under the discipline of the authorities of this Diocese”.

In Italy Felix Cini worked in Cinigiano in Tuscany. In 2003 the gendarmes arrested him and secured a court order for his house arrest. He denied wrongdoing, professing forgiveness to those he said wronged him. But confronted with 17 witnesses aged between 10 and 14 years who testified Felix Cini molested them he agreed to a plea deal, pleading guilty and avoiding an effective prison term. He was given a suspended jail term of 2 years and six months. 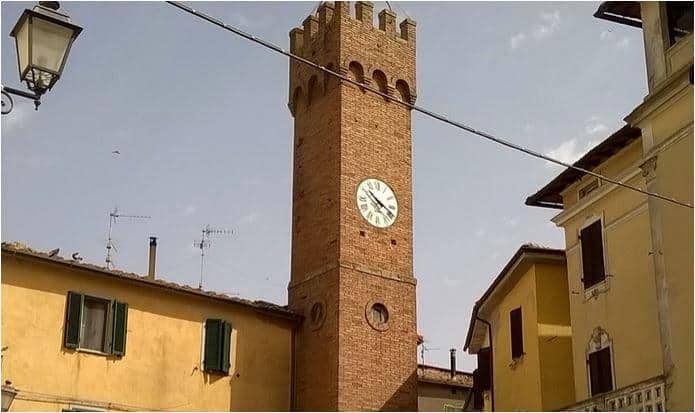 In its decision, the court banned him for life from ever working with children. His bishop suspended him from exercising his priesthood.

Six years later he replaced the parish priest of Cercemaggiore until a group of parents of young children cited the civil court decision and forced the Vatican to transfer Felix Cini away from parish work. He did have several supporters in the parish who protested his removal.

The Italian commissioner for children (Tutore Pubblico dei Minori) in 2010 made sure the Vatican was fully briefed of Felix Cini’s history and his conviction in a letter to Cardinals Claudio Hummes and William Joseph Levada. In spite of this intervention by the Italian civil authorities, Felix Cini has not been defrocked by the Vatican.

In spite of the lifetime ban, Felix Cini has now emerged in Bormla parish. Asked to explain, the Maltese Curia told this website “Fr Felix Cini is presently in Malta to assist his ailing mother”.

The Maltese church said Fr Cini is “incardinated” in the diocese of Grosseto in Italy. His Bishop there “informed the Archdiocese of Malta that Fr Cini asked to come to Malta to be with his mother”.

The Curia added that “the parish priest of Cospicua is informed about the situation and of the limited ministry exercised by Fr Cini, who can only concelebrate Mass if he is granted permission. The Archbishop authorised Fr Cini to concelebrate Mass in exceptional circumstances such as funerals of relatives and neighbours, and other special occasions of the parish.”

Sources inform this website that from the perspective of the Bormla congregation Felix Cini is in practice a full-time priest in the parish.