What’s Edward Scicluna for then? 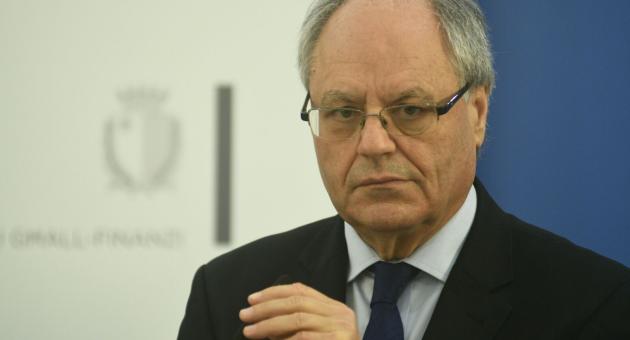 Few people will ever transact a quarter of a billion euro. At that level numbers no longer make sense to most people. It’s not being simple or mathematically challenged. It’s just that those values have no experiential context for most people’s reality. It’s like an astronomer trying to explain to me how far is the nearest star. Anything I cannot physically reach in my lifetime is too far, whether it’s two lifetimes away or two million lifetimes. It makes no difference.

The government is relying on this to wiggle itself out of the quarter of a billion euro contract it awarded to the hand-picked consortium formed by James Caterers and the db Group.

But €250,000,000 is a lot of money. It’s more than half the entire capital program the government spends on projects in a year. Half of the national expenditure on projects in a year is being committed to one consortium and it has done so without the relative safety of a competition.

The excuses the government is coming up with, in this Times of Malta report also want to exploit most people’s lack of experiential appreciation of what we’re talking about here.

The first excuse is that though the contract was awarded directly, it followed negotiations and there, therefore, was a “negotiated procedure”. Oh so the contractors did not just walk in and while the tea lady was still taking orders set a price, made an offer and signed the contract? That’s reassuring.

Of course, there were negotiations. How is that supposed to give anyone any comfort? How do we know there could not have been anyone else who could do the same job for less money? How do we know there was no one anywhere in the EU with better experience at building hospitals than an outside catering firm and an all-inclusive plastic wristband hotelier?

The second excuse is that negotiations followed the selection of the consortium from a tender process for another contract (worth a fifth of the deal they ultimately signed). Is that supposed to be ok then? Say you own a hotel and you issue a call for offers for new towels. A fabric company wins the deal but when it’s chosen, it also offers to install new elevators. Though an eminently qualified fabrics manufacturer it has no discernible experience in installing elevators. You have not looked at what established elevator installers would charge to do the job. You have not asked them to give you quotes. Is it ok to sign with the towel maker to install your lobby lifts?

This is the criterion by which we should judge public expenditure. Would those signing this deal have done so if they were spending their own money? I hardly think so.

The really depressing bit about this is Edward Scicluna declaring he never knew about the direct order. People who should know better are really buying this ‘journalists are liars’ thing. He really should have relied on The Sunday Times and found out what he was on the telly when the file awarding the biggest ever direct order came to his desk.

Minister, the buck stops with you. You are the guardian of the public purse. If it is your decision that it is justified for a hospital extension to be granted by direct order than have the spine to defend it. If it isn’t your decision than what do you think your job as Finance Minister is?

Either way, he’s worse than useless.

Previous:Why can’t you be a bit more like Labour?
Next:Family asks government for public inquiry into whether Daphne Caruana Galizia’s killing could have been avoided.