NGOs visiting Malta on a mission to understand the situation of freedom of speech here have concluded that the situation in Malta is not a happy one. The fact that a journalist has been killed is rather a hint one would think. But the business as usual, matter of fact manner the government insists that event has no significance is an even greater hint.

The NGOs found that journalists in Malta censor themselves, they hold back from certain leads expecting backlash. That may not necessarily be a bomb. Ironically after that happened once and with all the fallout that came from that, a murder of a journalist is perhaps less likely now.

But the NGOs found the lampooning, the characterisation of journalists who step on the government’s toes as traitors, witches or simply incompetent and the barrage of trolls and heckling in the street that follows immediately from that forces journalists — consciously or not — to avoid opening fronts that could put them in that situation.

Consider how something John Sweeney said while he was in Malta has been ‘managed’ by the government. He told the story of how he was thumped by a security guard in London guarding Joseph Muscat when he asked him a question about Chris Cardona and how that was rougher treatment he got than when doorstepped Vladimir Putin in Siberia and his security guards knew better how to treat him.

The response of the government was to label John Sweeney as incompetent. ‘As usual, he did not check his facts’. What was he supposed to check? Whether there was a second opinion on whether the thump on his chest hurt?

No, Malta’s OPM points out: that the security guards that did the thumping were not Maltese but from the UK. What’s that got to do with the price of eggs? How is that even remotely relevant. If they wanted to be facetious while still retaining a modicum of credibility they could have said ‘we did not know this happened; the security service was provided to us; we will complain about this incident to our providers and make sure this will not happen again’. Of course, they would need to explain why Malta’s prime minister ignores a question ‘Do you still stand by Chris Cardona?’ when that is put to him.

But what Joseph Muscat is interested in here is constricting John Sweeney’s ability to do his job as a journalist. For asking inconvenient questions he is disqualified from respectability by being labelled incompetent. Never mind that John Sweeney has had to handle the regimes of North Korea, Russia and the Church of Scientology to name a few.

I mention this episode with John Sweeney because it is more representative for being exceptional. They can’t say John Sweeney is a Simon Busuttil mouthpiece, that’s he has political aspirations or motivations, that he’s really a nationalist. They need other lampooning characteristics their One TV viewers can hang on to. And since these people barely switch over to Net TV unless to watch a soap, imagine the chances of them having seen John Sweeney’s award-winning films or read his award-winning books. 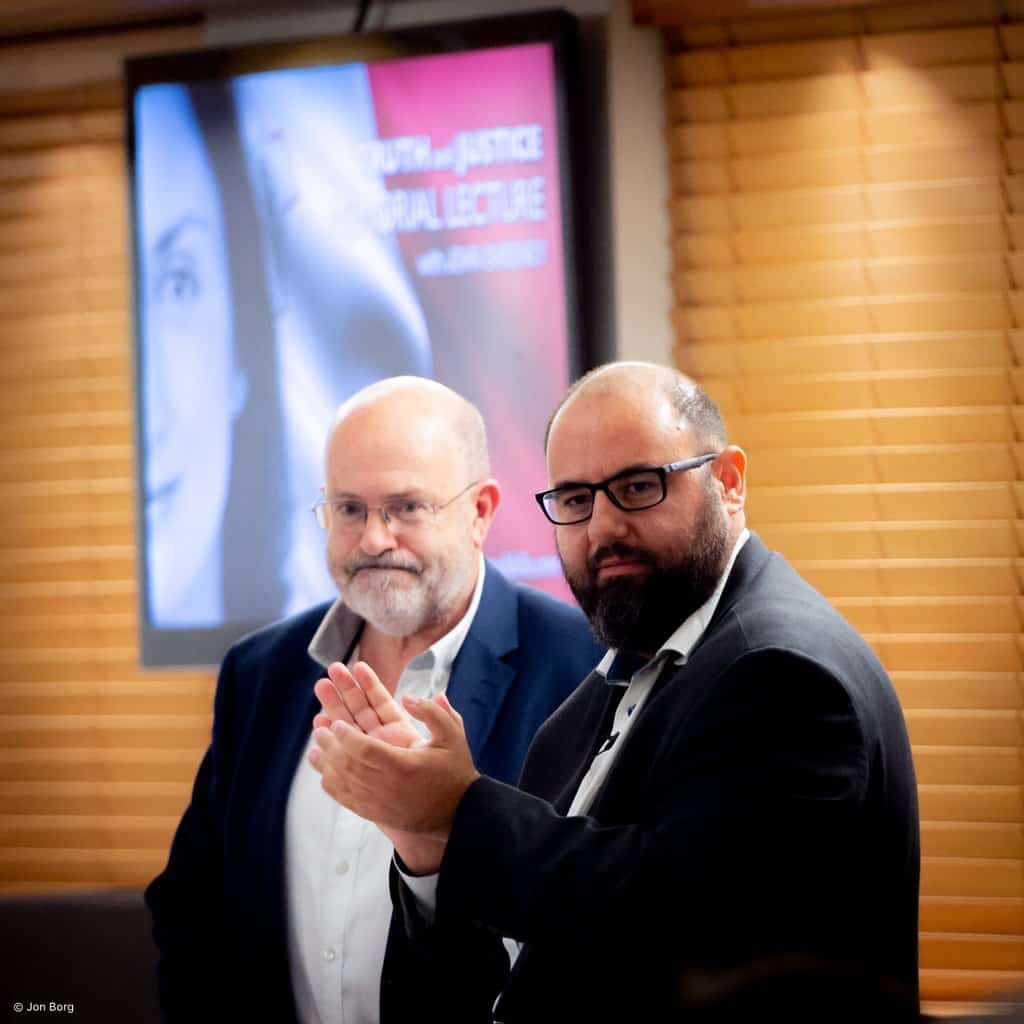 Instead, they show a picture of me and him standing next to each other and that is enough to open fire on him. Any excuse. Now a journalist who entered North Korea under false pretences and films what they would hide from the world is not going to censor himself because Joseph Muscat’s backwater TV station is going to set him up for a Facebook attack.

But journalists in Malta do. That’s what international press freedom NGOs have documented and found. What they are protecting is not “the rights of journalists”. Journalists can quit working for Times of Malta or blogging on a struggling website they pay for out of pocket and move on to other paid jobs. Or they can continue pretending they are journalists and publish only stories and perspectives that get them free lunches paid by the mafiosi in business and politics.

The real loss is yours: as you are being denied the information have you a right to while they remain on top.

Here’s how Rai Uno (TG1) covered the NGO’s statement today and work out who is making Malta look bad in the eyes of the world.