If you’ve been arrested, give us a shout 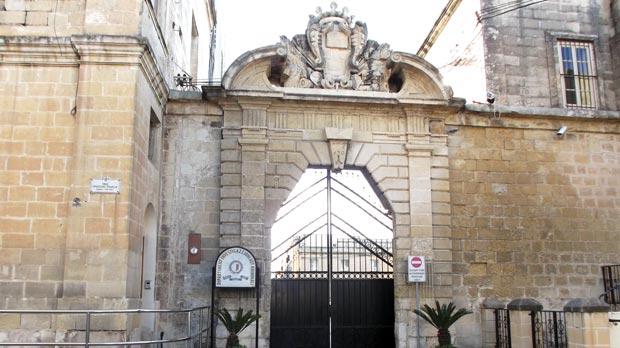 No news as yet of any arrests in connection with the assassination of Daphne Caruana Galizia a day after they were pre-announced in the now infamous The Sunday Times front page story.

It is wrong to dismiss the report in the newspaper. It has not been denied by any of the agencies mentioned in it, including Europol.

Minister Michael Farrugia speaking to TG3 yesterday confirmed the story. Although to be fair people reading closely what he said have commented that though it is clear he does not deny the information in the newspaper report, it can be argued he was not confirming it either.

I am honestly perplexed.

As more time passes, more journalists from around the world are asking to follow up on the news that flashed yesterday that ‘the people who commissioned Daphne Caruana Galizia’s assassination have been identified’. They are asking for names, photos and motives.

And there really is nothing to show.

Perhaps there may yet be.

But the silence or ambiguity of the authorities remains maddening. I cannot begin to imagine what a victim’s family would be going through at these times. Although in a way we are all concerned relatives in the murder of a journalist, our own anxieties are irrelevancies compared with the family she was taken away from.

It’s like these ‘investigators’ are playing with all of us. Do they know who ordered her killing? Well if they do, what are they waiting for? Surely if they had enough evidence to boldly and confidently tell a newspaper they were coming up on arrests in the most important crime of their careers, they should have enough evidence to actually book and charge these people and secure their detention until the evidence against them is heard.

Then what’s the hold-up? Why did the Sunday newspaper front page and the flash on the worldwide wires come before the arrest they spoke about?

But nothing? Not a word.

There is a massive temptation to speculate what might be behind that story on the front page of yesterday’s The Sunday Times. And many are certainly indulging in some of that.

In the hope that there’s no trick here and arrests are really happening by the time the thermostat on my kettle clicks again, I will stick to asking questions.

Such as whether there is any significance in the timing of this story at the same time as we get the news that Konrad Mizzi and Keith Schembri are under criminal investigation.

We may be expected to keep this separate.

At one point David Casa didn’t. Even before yesterday’s newspaper report, his statement from the 12th November suggested the 17 Black scandal might have implications on the investigation into the assassination of Daphne Caruana Galizia.

He made that very bold statement in a letter to EU Justice Commissioner Vera Jourova.

Now that’s a big, big, big if. David Casa published his letter to Jourova seven days ago and in all this time the government has not bothered to reply to it, to deny it, as one would expect, in the strongest terms imaginable.

Instead, we had a Cabinet colleague of Konrad Mizzi yesterday, Michael Farrugia, speak to TG3 as one fully briefed on the status of the criminal investigation into the assassination.

Some more questions then. Is Michael Farrugia briefed by the police on the identity of their suspects? Have they told him who it is they are getting ready to arrest?

And what did Michael Farrugia do with this information? Did he keep it to himself or did he share it with his boss and his Cabinet colleagues?

Yesterday’s story in the newspaper promised imminent arrests. While we wait, Mr Government, do you mind giving us answers to some questions we’re wondering about?