Is Jean Pierre Debono moving to Gozo then?

David Stellini’s resignation from MP (more on that later) creates a vacancy in the PN Parliamentary Group. David Stellini was elected in a by-election when Marthese Portelli renounced the seat after being elected from two districts.

This means that empty seat will be filled by co-option which in practice means an MP is handpicked by the political party of the MP that has resigned.

In theory it’s up to the PN. But the PN must make a number of considerations in making that choice.

‘Best woman or man for the job’ is not a relevant consideration, unfortunately. The seat of a Member of Parliament is not qualified by objective criteria of competence except to the extent that competence is judged such by voters. So a political party must choose not on the basis of what it thinks would make the best MP (that’s a choice they can only make when selecting candidates to be submitted to a popular vote) but who it is that, give the chance, voters would elect to that seat.

So ‘fairness’ often plays a bigger role. When a candidate is available from the list that ran on the last election, the next one down is usually the fairest choice.

Next in line in David Stellini’s district is Kevin Cutajar a lawyer who has served for the PN on his town’s council for years. Several people posting today, friends of Kevin Cutajar, point out his qualities, including that famously he has transcended the fact that he is blind and is an upstanding member of the community and a capable politician in his own right.

I don’t disagree with any of that. But frankly even if he wasn’t, he’s next in line. In the general election he actually garnered more votes than David Stellini and was the preferred choice of the Gozitan electorate. It was only the freakish way by-elections work and which votes stay in an envelope and which are taken out that elected David Stellini over him when Marthese Portelli gave up the seat.

The PN seems to be considering frustrating those voters’ choice. The PN’s leadership, that attempts to brutalise calls for the resignation of Adrian Delia by reminding everyone ad nauseam that he was elected democratically – though of course there is no such thing as an election for eternity – is flirting with the prospect of ignoring a democratic choice for what it perceives as its tactical interests.

Now I submit it’s even wrong from a narrowly party-political interests. The PN’s relationship with the Gozitan constituency is already not the best it’s ever been. The reason our Parliamentarians are elected from 13 equally sized and equally represented electoral districts is because Gozo’s population is approximately a 12th of the main island’s and districts are designed to ensure that every part of Malta is represented in Parliament.

This is especially sensitive in Gozo’s case. On the main island of Malta it’s important to have appropriate representation from the industrial inner harbours and from the south and from the agricultural west and the services-oriented north. But the differences on the mainland are far more subtle than the distinctiveness of Gozo both in the negative (its specific needs arising from its double insularity) and positive (its distinct identity and manifest awareness of itself).

The PN has understood this for decades and you can see this even in the simplest of ways. It’s relatively acceptable in Malta for a resident of one district to contest and represent another. Gozitans elect Gozitans because they are understandably sensitive to having their very specific, regional interests and concerns appropriately represented in Valletta.

If the PN were to nominate a non-Gozitan to David Stellini’s seat it will demonstrate contempt for those concerns.

It seems however that David Stellini’s seat has been ‘promised’ to Jean Pierre Debono, returning the favour of his sacrifice to allow Adrian Delia into Parliament when he became leader.

That may or may not be true but the way some PN MPs and senior activists have lined up to pre-empt the issue by ‘welcoming’ rather prematurely Kevin Cutajar to Parliament indicates there is indeed an internal struggle over this.

Would Jean Pierre Debono be a better MP than Kevin Cutajar? I can think of an answer to that question but frankly the answer is secondary.

The real issue here is that if a vacant Parliamentary seat has been ‘promised’ as a bargaining chip in an internal transaction of partisan power, we have taken clientelism to the highest (or the lowest, depending how you sort your scales) possible level.

Gozitan PN voters have a right to expect their MP represents them appropriately and given the geographic specificities of that region that their MP spends most of their time among them.

Or do they need to haul themselves to Ħaż-Żebbuġ to speak to their MP?

If anyone is to pay a high price for such an illogical and counter-productive choice, that again will be the PN whose interests, its leadership seems increasingly indifferent to. 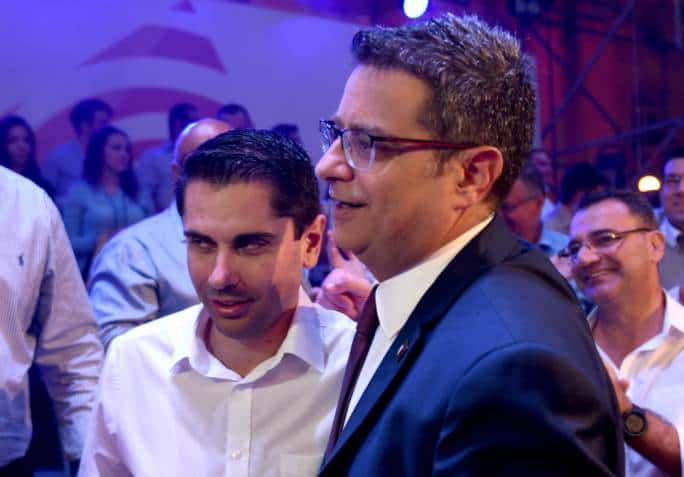