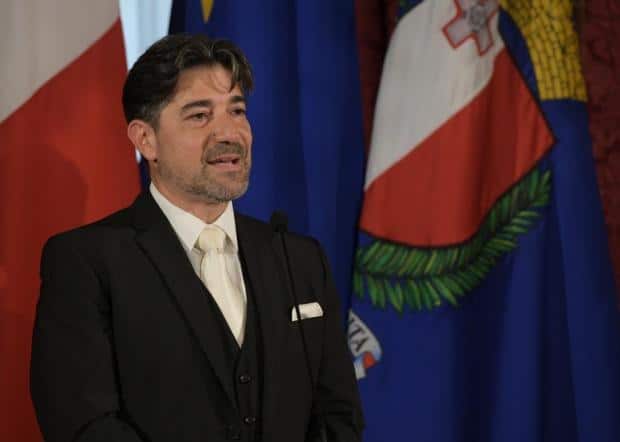 There really doesn’t have to be a huge case to argue for Aaron Bugeja’s recusal from this. He is reported in the press to have been chosen by lot to preside over the trial of the Degiorgio brothers and of Vince Muscat charged with murdering Daphne Caruana Galizia. Some short straw.

But there’s background that no one can ignore.

An extract from his report on the Egrant inquiry has been construed to throw a bad light on the victim of this murder. There’s no point in trying to sugarcoat this. The little we have seen of the Egrant inquiry report has been used by Joseph Muscat to place himself in a good light and to discredit Daphne Caruana Galizia and her work.

Aaron Bugeja did not choose this state of affairs but it doesn’t mean it’s any less real. He has been dragooned into Joseph Muscat’s coalition in the effort to demonise the murder victim, through no choice of his own. In Joseph Muscat’s millenarian battle waged between his credibility and that of the journalist who reported on him he has cast Aaron Bugeja well within his side.

Aaron Bugeja ought to take that into account when evaluating his position ahead of this trial.

His promotion to judgeship is under the shadow of a rapid promotion ordered by the Prime Minister who had just been cleared by that published extract of that report. Aaron Bugeja is respected for his undoubted competence in his profession. That need not have changed even after the publication of the Egrant report. But again, Joseph Muscat’s manoeuvres have conditioned public perception and the public perception is that Aaron Bugeja’s promotion to judgeship is a reward for reaching a conclusion in his Egrant inquiry that the prime minister could use to exonerate himself.

His promotion is also the subject of a constitutional case that is arguing it is invalid, which means that if the Court were to agree, all his actions including his appointment would be nullified.

Conceivably were he to sentence the persons charged before his appointment is nullified, the State’s ability to punish the alleged perpetrators would be hamstrung if not altogether removed.

This was just the point argued repeatedly by Repubblika: first in a judicial protest asking the government to desist from further appointments before implementing the Venice Commission recommendations on judicial appointments; then after the government ignored Repubblika, in front of Judge Mark Chetcuti when pleading for interim measures to stop further harm; and since then in front of the Court of Appeal.

This is a matter of concern for any action by any and all of the judges and magistrates that have been recently appointed. But this one is even more crucial. The world is watching this one. The world is watching if justice can actually be served in Malta. The trial of the alleged assassins of Daphne Caruana Galizia is a test of this nation’s ability to give itself and its people justice. This process can’t start with a mess of these proportions.

Even beyond all this, it does not look good. Consuelo Scerri Herrera could see that when she recused herself from conducting the magisterial inquiry as Duty Magistrate the day Daphne Caruana Galizia was killed.

Now of course I realise the justice system has limited options. The likeliest alternative in hearing criminal trials to Judge Aaron Bugeja is the other recently promoted Judge Consuelo Scerri Herrera. Frying pans and fire. Both manifest interventions by the Prime Minister and his government in judicial independence.

This is the mess Joseph Muscat has created. It is a disaster of catastrophic proportions. This mess is because of him. Joseph Muscat has cornered the justice system in a place where it is almost impossible for justice to be seen to be done.

Aaron Bugeja has the duty to do his bit to ensure he doesn’t help this mess get any worse.

Aaron Bugeja may well be capable of rising above any preceding considerations that may have given him a view of the victim in this case. He very likely is. But that is not the point, is it? The point here is that his sentence, along with everything else he’s working on, might end up being thrown by the European Court of Justice. Can no one see how serious this is?

Also a full reading of the Egrant report could throw light on a more balanced view he may have formed. Joseph Muscat chose which bit of what Aaron Bugeja wrote we would be allowed to read and we may be misguided by that intentional misapprehension. But here we are, so many months later after we read that extract of the Egrant report still denied access to it. Only the subject of the investigation has read it — Joseph Muscat — and he’s shared it with his Minister friends so they could use it to defend themselves in the hospitals scandal inquiry. This is the extent to which Aaron Bugeja’s work has been politically twisted and manipulated.

But as things stand, for justice to be seen to be done, Aaron Bugeja cannot take this job.