I guess Adrian Delia knows that there are some people who really want to believe him. But I wonder if any of them would be ok if their husbands were speaking to them like this. He came out guns blazing last night speaking about how I indulged in an “attakk viljakk u personali fuq Adrian Delia” when of course I was reporting on a court document that accused him of risking homelessness for his children by being late on his mortgages.

So what this is saying is that he did indeed miss the mortgage payments of some €3,250 in May and in June. And, by his own account, he didn’t pay them until he received a warning letter from the bank that increased his mortgage rates by a further 1% as a penalty and warned him the bank could proceed to call in the loan if he didn’t pay by the 20th of July.

The claim he did not pay even after that is a claim his wife made in court after she verified with the bank on the 24th of July that no payment had been made. 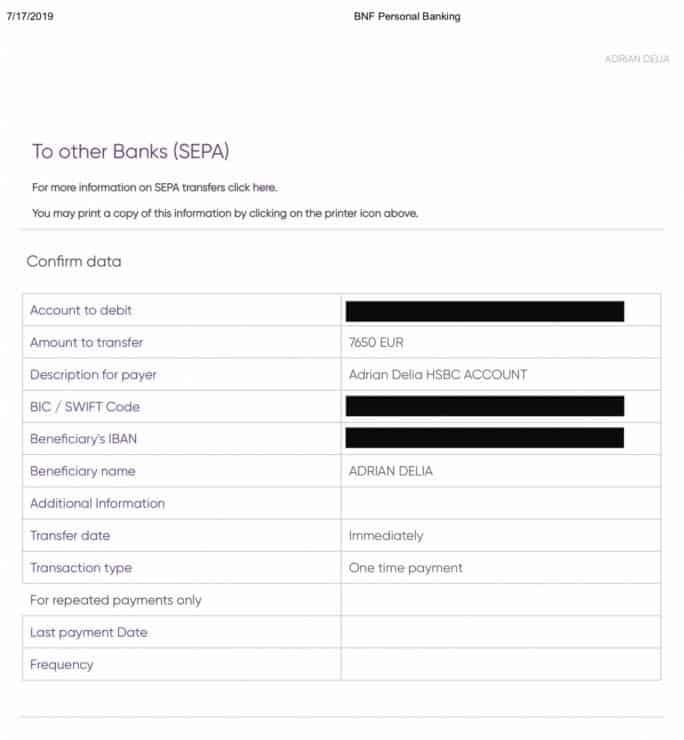 The so-called “receipt” he gave Malta Today and Illum “to prove Manuel Delia is lying” is not a proof of payment. It is a screenshot of the screen of someone’s Internet banking that shows up before you push the instruction to payment.

But even if he did make the payment on the 17th the facts remain unchanged:

On that third point, anyone who has ever taken out a mortgage would tell you he didn’t need to be warned. Everyone knows you either pay your mortgage on time or you risk the property it is secured upon is taken away from you. You don’t need a letter from the bank reminding you that.

But perhaps since Adrian Delia needed to receive a letter before he could understand why he was suddenly so flush with an extra €7,500 in his account in July and that he needed to pay his May and June mortgage deposits, he also needed the letter to tell him that if he didn’t do so he risked losing the house.

Adrian Delia’s puerile defence is that the bank didn’t write to him at his mummy’s house which is where this grown man in his 50s lives.

Of course, his so-called response says nothing about his five-figure electricity bill which is still unpaid. Perhaps all those Adrian Delia trolls calling me all sorts of things on Facebook might try running a €19,000 bill at their own homes and see how long it takes for their electricity supply to be cut off.

Nor does he say anything about the additional 3% interest rate that has been slapped on top of his credit card debts that exceed €25,000. Perhaps those bloodthirsty people writing on my Facebook wall how rotten I am for “going personal” can say what they think would happen to them if they drove their cards in tilt to that extent. If any of them work for a bank or a financial institution or in other financially sensitive positions they’d likely end up unemployed. And they never even tried being party leader or prime minister.

Previous:Adrian Delia’s financial imbalance was foreseeable to everyone but himself.
Next:“Attakk viljakk u personali fuq Adrian Delia” from a “blogger”