Again, from the top of the page please. 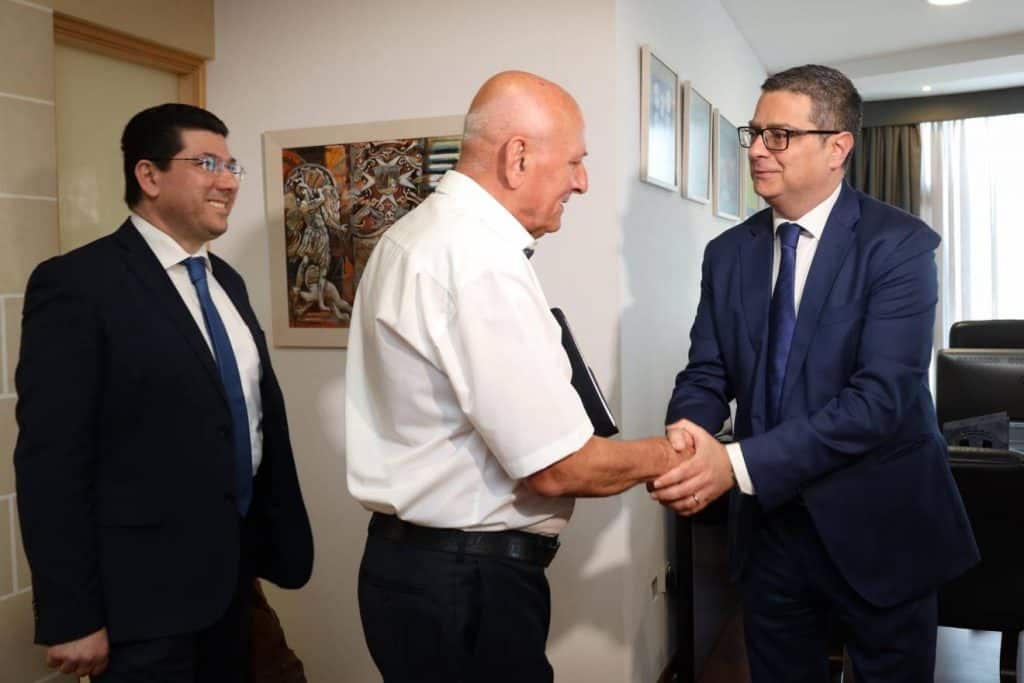 I watched Louis Galea give a comment this morning to the PN’s TV station about the brief given him at yesterday’s Executive meeting that approved Adrian Delia’s proposal to have Louis Galea brought in to manage the party’s reform program.

I have plenty to say about what happened but I think I’ll leave some of it for my The Sunday Times column.

Louis Galea says his job is to bring people together, to open the doors to all those who wish to contribute, to examine and reform the party structures to ensure they’re sustainable in order to help the party find its feet — nay, recast its foundations. The ambition is modest but noble: to be a strong Opposition and fulfil the democratic duty of providing Maltese and Gozitan citizens, even the many who do not particularly fancy the PN, the service of keeping democracy alive and government in check.

He spoke in measured terms. He made no triumphal roars about necessary and certain victory. He did not speak about taking the party away from the people he disagreed with. Nor did he speak about punishing those that are unenthusiastic in their support.

He spoke of unity but not of purification. He did not urge the filtering out of dissenters.

Louis Galea spoke of strength but not of punishment.

He spoke about opening doors, not about slamming them behind exiles.

In other words, Louis Galea spoke the way any leader of the Nationalist Party should speak on the day of their election.

In giving Louis Galea this job Adrian Delia has had to find a way of admitting he himself did not have the wherewithal to do what needed to be done: to reform the structures, to reach out to dissenters, to reorganise the resources, to build strong foundations for a powerful Opposition.

In a 5 year legislature, the PN lost no time at all in choosing a new leader. The ticker started in June 2017 and the party had a new leader by September. Now, practically two years later, the only added value in all the time since — if you’re inclined to call it that, I sure am not — is that an extremist, xenophobic, bible-bashing, woman-scaring right-wing fever has possessed the PN.

Adrian Delia has painted himself into more corners than he could find in a maniac’s polygon. The latest is this charade about the confidence vote in the General Council.

The Louis Galea rabbit out of Adrian Delia’s hat postpones the question of Adrian Delia’s eligibility for leadership by some months, enough to give him a solid chance of surviving a vote in Council. But think of how damaging the road to this point has been.

Within 4 days of the disastrous European Parliament elections, Lawrence Gonzi publicly told Adrian Delia he should call for a confidence vote in the General Council. Adrian Delia refused. Then we heard a petition was making the rounds to force him to call one. He refused. Then when the petition was filed he started playing Guess Who with the signatories list eliminating them on the most spurious of excuses. Then another petition was making the rounds threatening to tear the party asunder and calling for the party’s own MPs — elected directly by the people — to be admonished if not excoriated. Instead of stopping that, he encouraged it.

Then he summoned the Executive Committee avoiding the subject of whether the vote would be held showing yellow-livered cowardice unseemly for a chief boy scout.

Until yesterday, when he felt he had fixed the goalposts enough, he went back to what Lawrence Gonzi recommended to him in the first place: he is himself calling a General Council to vote on its confidence in him.

The ambiguities are unending. It’s not clear if he is merely expecting a majority of 50%+1 to celebrate his own survival. It’s not clear what he means when he says the Council should leave it to members to decide about the party leadership.

It’s never been clear, much less is it now, where this leader wants to take his party. Perhaps by the end of Louis Galea’s 12-month term, we’ll begin to find out.