UPDATED: Returning to his government job … to concentrate on his district. 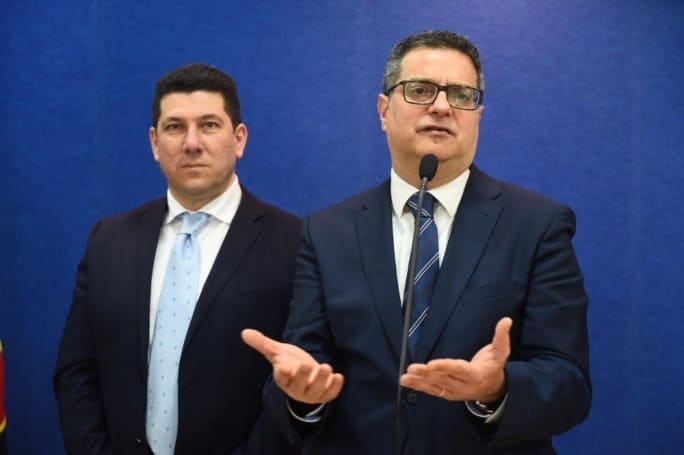 If only the PN sources speaking to Times of Malta’s Ivan Camilleri today could hear themselves speak.

The story goes that Clyde Puli has informed his colleagues at PN HQ that he does not want to extend his term as Secretary-General beyond its expiry in November.

It’s after 10 am and the story in this morning’s newspaper hasn’t been denied yet. It really doesn’t take much. It’s the sort of thing you can fit in a tweet. Something like ‘the story in this morning’s Times is baseless. Clyde will continue to serve as Secretary General for as long as he enjoys the confidence of the party chief and the executive committee. As always in his political life, Clyde’s ambition is to help his team win and he makes no consideration for his personal electoral prospects when making political choices’.

OK, make that two tweets. I’m not famous for my pithiness.

Still, the ‘PN sources’ speaking to the Times cut through any highfalutin justifications for Clyde Puli’s eventual departure. No principled reasons such as thinking that others could fit the role better, or that there are irreconcilable differences with the Leader that should not detract from the party’s work, or that he assumes responsibility for the party’s present predicament.

Nope. None of that.

The ‘sources’ say Clyde Puli is worried the wandering eyes of PN voters in Qormi might be looking at other candidates while he’s too busy working days and nights at party headquarters trying to find a way out of the current mess.

Sometimes you’d have to wonder what these people meant when they said ‘new way’. It really feels hopelessly old.

You’d also have to wonder what they meant when they said they wanted to take the party back from the establishment which they lampoon with the burning effigy of Simon Busuttil. Simon Busuttil was never even a government Minister. And the anti-establishment figures haranguing him from the screen are Clyde Puli, Carmelo Mifsud Bonnici, Mario Galea — as old way establishment as they come.

But the real zinger in that headline is that in order to finance his personal campaigning in Qormi, necessarily at the expense of the service to the party which he is leaving without a pilot in the middle of the worst storm of its post-war history, Clyde Puli is taking up a government job.

Since he is doing this to concentrate on his district, it is fair to assume he will not be concentrating much on his government job. If he could combine his campaigning with his day job he’d stay on as Secretary General.

There’s a provision in our Constitution that declares this choice Clyde Puli is allegedly making illegal. Except for employees of the University, public officers cannot be Members of Parliament at the same time.

That rule is about the separation of powers between the executive and the legislative. It is intended to ensure that MPs (from all sides of the House) can act freely and independently of government influence and clearly getting a salary from the executive is as influential as they get.

If your plan is to collect a salary without actually doing any work you depend on the government’s tolerance of that choice and you live under the constant threat that they may fire you. You will condition your political activities within this reality meaning that instead of an MP checking and controlling the executive we get an MP working for them.

Clyde Puli is not unduly worried about this Constitutional requirement because there are even more Labour Party members of the House that benefit from it, than there are members from the PN side. They’re not likely to punish him for exploiting a system they have maxed to unprecedented levels employing every single Member of Parliament elected on the Labour Party ticket to ensure that they never have to face a backbench rebellion.

The Council of Europe’s Parliamentary Assembly has, in its now famous resolution, called for the practice to stop. It’s not a matter of changing our Constitution to stop this system. It’s a matter of implementing the Constitution that we have.

But it won’t be a subject that will come up in many conversations during the day time house visits Clyde Puli will have in Qormi after November.